Hello!!! Do you want to be a member of the great
Illuminati and start
receiving 2,000,000,00USD monthly and be
popular among others and have
riches and fame,,this is the only chance of you
being a member of the Illuminati..I was
sent by the Illuminati high chief to bring 52
members into the Illuminati,I
have gotten 32,so we looking for 20,,so try and
be among the twenty people
to be rich and famous, WhatsApp The Illuminati Lodge on+22375814790
https://afsc2018.sciencesconf.org/

Seismology in Zimbabwe is all about monitoring earthquakes in Zim,which is the scientific study of

Zimbabwe has been monitoring earthquakes since 1959 when the first seismic station was installed in Bulawayo. The need to establish a seismic network for monitoring seismic activity was brought about by the building and subsequent impounding of the Lake Kariba in 1958. There are more than 4000 earthquakes of magnitude 3.9 and below, about 140 in the magnitude ra

nge 4.0 to 4.9 and more than 30 of magnitude 5.0 and above that have occurred in and around Zimbabwe. Seismic Stations

The four Operating stations are Karoi(KRI), Bulawayo(BLWY), Chipinge (CHIPN)and Matoposi(MATP,AS 120). Zimbabwe is a signatory state to the Comprehensive Nuclear Test Ban Treaty (CTBT). Under the treaty, the State undertakes not to carry any nuclear weapon test explosion or any other nuclear explosion. In this regard, the State hosts an International Monitoring System, a seismic auxiliary station, located at Matoposi(MATP,120).

We wish you a Merry Christmas and a healthy and successful Happy New Year 2022.

Now it's easier to send Seismology in Zimbabwe a message.

Now it's easier to send Seismology in Zimbabwe a message.

The September 22, 2016 Manica-Zinave (Mozambique) earthquake and its aftershocks.

sciencedirect.com The occurrence of the September 22, 2016 Manica-Zinave earthquake (Mw5.6) and its subsequent aftershocks provided data to study the physics of earthqu…

At least 25 killed, over 459 injured in Kashmir earthquakes

Moderate earthquake shaking was experienced in Beacon Hill area,Chipinge on 28 July at 23:18.Magnitude 3.5 earthquake in Mozambique but nearer to Zimbabwe border.

Met Dept calls for use of nuclear technology - NewsDay Zimbabwe herald.co.zw THE Meteorological Services Department (MSD) has confirmed that a moderate earthquake measuring 3,9 in magnitude was experienced in Kariba, Mashonaland West, on Saturday and no injuries were recorded.

An felt earthquake in Kariba!

The main purpose of seismic monitoring of big dams is to determine precise definition of the seismic activity of the site, that is precise location of earthquake epicentres and their depth.

Dams are not inherently safe against earthquakes. We need to monitor our big dams ,Tokwe Mukosi and Kariba

The East African Rift System contributes to most earthquakes that affect Zimbabwe,its a major tectonic feature.

'If no damaging earthquake has happened in recent memory, it’s easy to ignore the need to prepare for a future earthquake of uncertain magnitude."

Bikita families to be relocated

Volcano that never was!

Help us on this study...Chipinge Earthquake 22 December 2018

kwiksurveys.com The following questionnaire is part of a study of the effects of the CHIPINGE,5.5 Magnitude Earthquake which occurred on 22 December 2018 at 0737  AM.You are invited to use it to record what you experienced. This information will be useful for our study of the earthquake. Please send completed....

It wasn’t Armageddon, it was an earthquake

sundaymail.co.zw Yesterday morning was particularly strange for some Zimbabweans. Having psyched themselves for a day of relaxing during the Unity Day celebrations, which are traditionally a prelude for the long festive period for most Zimbabweans, they were woken up, or woke up, to tremors, which rattled buildings....

We have recorded an earthquake which occurred in Manicaland on the border between Mozambique and Zimbabwe. The Earthquake was felt by some people in Chipinge, Mutare, Masvingo, Harare .The earthquake in Manicaland, South Eastern Zimbabwe occurred at 0537 UTC , which is 0737AM Local time and the coordinates 20.644°S and 32.801°E

The magnitude and epicenter of the earthquake was determined to be about Magnitude 5.5 and the epicenter is 53km SSE of Chipinge, Zimbabwe.

“Every single person on this planet has a right to live in a safe world, and I think the CTBTO
is an organization which is a leader in protecting public health and safety for civilians.”
– HRH Princess Sumaya bint El Hassan,
Hashemite Kingdom of Jordan

In a new Science Magazine editorial by Lassina Zerbo, CTBTO Executive Secretary, explains the importance of the CTBT and its verification regime in connection with the recent geopolitical developments, especially on the Korean Peninsula. “[The CTBTO's] monitoring system is crucial to future denuclearization in North Korea. The CTBTO's confirmation of a nuclear test by North Korea on 3 September 2017 once again showed how the Treaty's verification regime is already working for the benefit of the international community. But the only way to secure this benefit for all time is to bring the treaty into force. Adherence to the treaty by all parties concerned is the only way to overcome the trust deficit that is a real impediment to progress on denuclearization of the Korean Peninsula and to building trust and confidence in the Middle East.”

Read the full interview by following the link below: 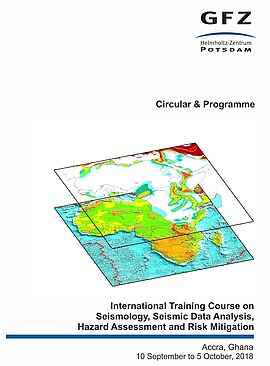 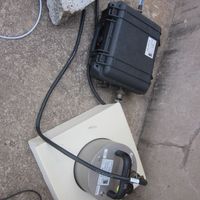 theguardian.com Death toll is expected to rise after a 7.1 magnitude earthquake strikes 120km from Mexico City, collapsing buildings and killing at least 217 people

At least five people have been killed after a magnitude-8.1 earthquake struck Mexico, causing a tsunami and warnings for countries across Central America The Governor of the Mexican state of Chiapas announced the first fatalities following the most powerful quake to hit the country since 1985, strik...

Seismicity map for the region of today's , earthquakes are common here but a normal faulting event of this size & at 70km depth is unusual

bbc.com There are at least five deaths and a tsunami warning after the 8.1 quake off the southern coast.

An earthquake of MAGNITUDE 5.8 in Mozambique but felt widely in Manicaland Province

Other Bulawayo public figures (show all)

Bishop Colin Nyathi is a minister of the word of Jesus Christ. He leads a large ministry namely Harv

Munashe is a multi-generic Music Producer, Songwriter and Sound Engineer. His sound is a result of a fusion of creativity and occasionally breaking laws of music theory.

Black Ivy music all the way with features and all. Your entertainment

Chipo Kay is a blogger, podcaster and a creative who is active in the media spaces.

Future Form is a youth movement that allows artist to own their being and feel comfortable in their art...