For Patent & Trademark filing in Pakistan and other countries please do not hesitate to contact us at [email protected] For more information you can visit our website www.alkhurram-ip.com
Is the profile pic u Akira Hassy-san?
Akira-san that's the way forward forward go and successful career

Research & filing applications for trademarks, patents, designs for you. http://www.hashimoto-ip.com/ - Preparation and filing of Japanese application for trademarks, patents, utility models and industrial designs
- Prosecution of trials against rejections and trials for invalidation with the Japan Patent Office
- Preparation and filing of trials for objection against trademark registration
- Prosecution of trials for cancellation of trademark registration
- PCT national phase procedure
- Response to provisional refusal under the Madrid Protocol

I will explain using the patent information of "Asahi Raw Beer Mug Can" as an example.

(2) An application for which examination is not requested within a certain period (about 1 year and 3months) after the application will be published (forcibly) in the patent gazette after 1 year and 6 months. At this point, the invention becomes "publicly known", but no one other than the applicant is yet able to carry out the invention with peace of mind. This is because the applicant for the published invention is granted the "right to claim compensation" in return for publication, and has the right to claim compensation equivalent to the royalty from the other person who implemented the invention. is. However, the actual compensation is conditioned on the invention being granted rights in the future, and for inventions for which refusal has been confirmed as a result of examination, or for inventions for which examination was not requested within the examination request deadline described later. , Compensation claim will not be realized.

(3) An application that was published one year and six months after the application and was not requested for examination will be deemed to be withdrawn three years after the filing date, and the request for examination will not be possible. At this point, the invention is separated from the continuation of the Patent Office, and others can safely carry out the claimed invention.

(4) "Asahi Raw Jock Can" was named "Effervescent Beverage Can and Its Manufacturing Method" on November 22, 2019 (November 22, 2019) by "Asahi Beer Co., Ltd." and two others. The application was filed and publis

Yestereday was the The memorial day of the US patent system.

The 1790 law gave the Patent Board power to grant a patent. Their authority was absolute and could not be appealed. The first board members included Thomas Jefferson, Secretary of State, who was considered the first administrator of the American patent system and the first patent examiner; Henry Knox, Secretary of War; and Edmund Randolph, Attorney General. The Department of State had the responsibility for administering the patent laws, and fees for a patent were between $4 and $5, with the board deciding on the duration of each patent, not to exceed 14 years.

Patent System in Japan (2)
Patent is granted only for such invention that satisfies the standards of (i) industrial applicability, (ii) novelty and (iii) inventive step.
http://www.hashimoto-ip.com/ 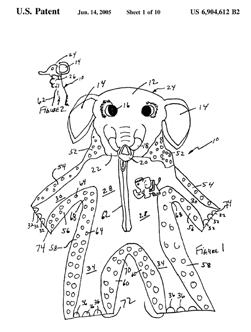 Halloween may be only one day a year, but for the 364 others you get some great pajamas with this climate-adaptive costume. 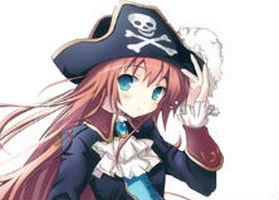 On October 1, 2012, the revised copyright law was partially enacted. The revisions introduce criminal penalties for illegal downloads and impose regulations on DVD ripping.
If a person knowingly downloads illegally uploaded material that is usually paid-for, it can carry a sentence of up to two years imprisonment or a fine of up to 2 million yen. Also, both of the above penalties may be applied concurrently. 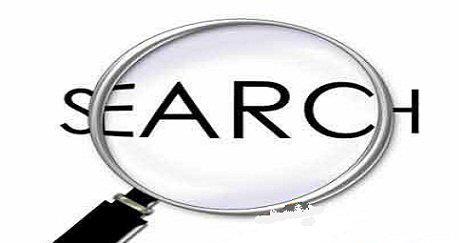 We need to mind out that this case is applied only for paid-for music and moving pictures. http://www.hashimoto-ip.com/

Mars Needs Trademarks! ----- Welcome to October, where once again we'll work our way to Halloween by taking a look at some of the creepiest, spookiest, and sometimes funniest patents and trademarks we can find.

Today in Trademark History, August 30, 1960 - Avis drives off in a brand new, eight cylinder, 1960 registered trademark. There is no record if they chose the optional protection plan.

- Post-registration opposition -
An opposition can be raised only after the trademark has been registered, in Japan. It can be filed for each of goods or services, within two months from the date of publication of the bulletin containing the trademark.
http://www.hashimoto-ip.com/

- Renewal of Trademark in Japan -
The duration of a trademark right shall expire after ten years from the date of registration. A trademark registration is renewable only by filing an application with the payment of the renewal registration fee.
http://www.hashimoto-ip.com/

- Provisional Refusal against a Madrid Protocol Application -
The JPO conducts a substantial examination of a Madrid Protocol application designating Japan. If you received a provisional refusal and if you liked to have protection of your trademark in Japan, you would have to appoint a local agent in order to respond to the refusal. We are always ready to be of service for you !
http://www.hashimoto-ip.com/

- Madrid Protocol Accordance -
International applications for trademark registration in accordance with the Madrid Protocol on the base of a JPO filing/registration are acceptable for Japanese nationals or foreign nationals domiciled or resident in Japan (in the case of a juridical person, with a place of business).
http://www.hashimoto-ip.com/

- Multi-class application, and Conventional Priority -
A trademark application is allowed to cover plural classes of goods and/or services.
A six-month priority period of the Paris Convention is available for applicants who have filed applications for the subject trademarks in one of the signatory countries.
http://www.hashimoto-ip.com/

- First-to-file rule -
Trademarks do not have to be in use at the time of filing application, nor at the time of registration. If the trademark owner has the intention of using the trademark in future, it can be registered, unless it goes against the Trademark Law. Therefore, it is very important for foreign business owners, who think expanding their business into Japan, to apply for registration of trademarks before starting business, actually, in Japan.
http://www.hashimoto-ip.com/

- Scope of protection of trademark in Japan -
In Japan, "trademark" means character(s), figure(s), sign(s) or three-dimensional shape(s), or any combination thereof, with colors, which is used in connection with the goods or/and the services of a producer, sellers, or providers as business. Therefore, non-visible materials, such as sound or smell, are not registrable, now. However, the amendment of the Trademark Law is scheduled to be carried out in 2013, and the trademarks such as sound, smell, and texture/touch marks shall be subject to protection.
http://www.hashimoto-ip.com/