The key metric is innovation and to achieve this we work hard to make the impossible possible by simplifying the complex.To make this possible we just utilize the mere fact that "Anything can be programmed". As long as logic still exists and caffeine is still available in retail shops we know that if we start burning our caffeine and our fingers glued to the keyboard,the complex impossibility can

be simplified to possibility. We have a dedicated team of young programmers,the best this country could give birth to and they are all geared for the technological world and ready to tear down analog brick walls to digital stepping stones. AI is fast becoming a preferred provider of revolutionary services in software development, cybersecurity, computer vision among others Join us and lets innovate Zimbabwe together so that the next big thing can come from Zimbabwean soil.

As a solution to congestion & traffic violations, we give you AI Traffic, an intelligent traffic management system that solves these problems whilst generating revenue.

Get hold of us for a free installation.

The Future of Traffic Control.

AI Traffic is a modern way of managing motor vehicles and pedestrians in cities. It offers solutions to the challenges affecting municipalities, governments and road users. The system also addresses traffic violations through the use of real-time traffic surveillance in capturing offenders and also includes a smarter way of revenue collection without harassing motorists by stopping them at intersections or roadblocks.

In contrast with the current systems being employed, the system effectively reduces power consumption by 47.34% thereby allowing the Ministry of Energy through ZESA to save a considerable amount of Electricity which can be utilised elsewhere.

Countdown to player with increased functionality

We had a colorful launch of our company at Meikles Hotel in Harare. The music was graced by lovely Hope Masike.Here are the photos to those who missed the event. 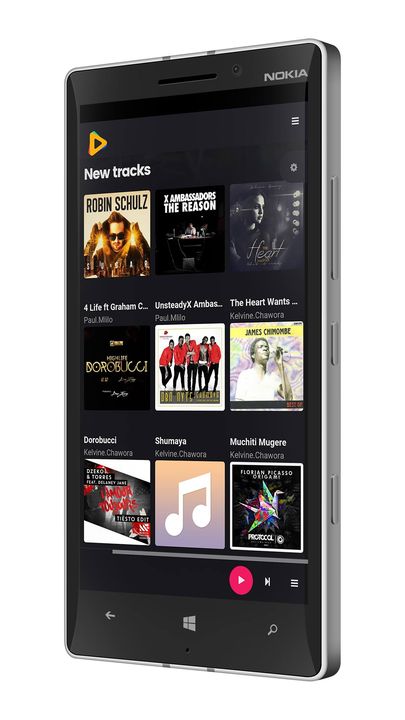 These are some of the screenshots taken from Player. The update and heads-up you gave us during the enclosed first beta test of player was awesome and made us come up with the following interface design. We updated the chat system,playlists and updated the artificial intelligent music sorting algorithm that generates automatic playlists based on the music you like listening.

Now player has its own application page so you can go ahead and like the player page at https://www.facebook.com/aiplayer/ to be the first one to test the application before its released.

Player is a revolutionary,game-changing music application that offers a solution to widespread music piracy in Zimbabwe. Inbox us your phone number and/or email to be part of the Beta testing team and make money out of it.
Check the countdown clock at http://player.advancedinnovation.net/.

Countdown to the final release of Player. http://player.advancedinnovation.net/

We have initiated an enclosed public Beta for Player which is open to 50 people only. We would like to give a HUGE,MASSIVE THANK YOU to all the artists and producers who have shown their support for the technology we are building...your support has brought us this far.

Check us out and see what we do. http://www.advancedinnovation.net.

When programmers at the MIT Instrumentation Laboratory set out to develop the flight software for the Apollo 11 space program in the mid-1960s, the necessary technology did not exist. They had to invent it.
They came up with a new way to store computer programs, called “rope memory,” and created a special version of the assembly programming language. Assembly itself is obscure to many of today’s programmers—it’s very difficult to read, intended to be easily understood by computers, not humans. For the Apollo Guidance Computer (AGC), MIT programmers wrote thousands of lines of that esoteric code.
Here’s a very 1960s data visualization of just how much code they wrote—in one of the images below there is Margaret Hamilton, director of software engineering for the project, standing next to a stack of paper containing the software. This historic code that took America to the moon was recently published to GitHub and the cloned it. We found ourselves playing with it and just reading it for fun. A screenshot of part of the code is shown in the image below.
The concept of innovation is not re-inventing the wheel but standing on top of the shoulders of giants so that we can see far.

We would like to engage your best undergraduate students for our attachment
program to take part in the design and implementation of innovative technology our
company is currently working on. Advanced Innovation is an innovation company that
is divided into five strategic business units which are AI ASSET (ASSET), AISoftware,
AIMedical (AIM), AIVision and AIRobotics (AIR). ASSET is a Cyber Security division of AI
and we hope your students will learn the concepts and technicalities involved in
Computer and Information Security including Ethical Pe*******on Testing and
Vulnerability Analysis.
AISoftware focuses on software design, development, implementation and
maintenance and we hope your students will learn the fundamentals of designing a
software system for clients including deployment and maintenance. AIMedical offers
software and digital solutions for the medical industry and your students will have an
opportunity of developing and designing in-house developed software systems for the
medical industry. AIVision focuses on the application of Computer Vision concepts for
building custom artificial intelligent systems and your students will have the
opportunity of getting a hands on experience in building object tracking, image
processing and object recognition software that are induced with Support Vector
Machines and Neural networks for learning. AIRobotics offers your students with
hands on experience in working with complex hardware which include the Beaglebone
Black, Arduino and Field Programmable Gate Array and Raspberry Pi.
The pre-requisites for admission include;
➢ A single paged letter containing your personal profile and why you love
technology.
➢ A single paged letter detailing software projects you have done or ideas you
would like to implement including your github username if any.
➢ Your detailed Curriculum Vitae.
Interested students should submit electronic copies of the above noted documents to
[email protected] not later than 14 July 2016.


Other Business Services in Harare (show all)

Get in touch for contract Castorbeans farming and more information on our agricultural services.

Football Is More Than Just A Game

UFM14 is an advertising company, which specializes in Outdoor and Indoor Advertising offering products such as Billboards, Branding, Signage etc

e-Vent Creators for top-notch event planning and online marketing. After all we will craft lasting impressions and ensure your product is well known.

we offer video filming & photography services.if u want quality services we are the right people to choose

If you have a problem with your Air conditioner and other components of Refrigeration u can find contact details on this page.\ u can drop a message