We're excited to announce we'll be working with Snype aka Alexander Cross! One of the best Texas rappers!! Stay tuned for more news and keep an eye out for an upcoming project!!!

Check out our latest concept film, "Emma" written and directed by artist Voshti! This concept film is based on a short film series created by Voshti! Stay tuned for more updates on this film series!

Tomorrow, February 5th, will be the release of a concept film for the Short "Emma". This short is part of a film series written and directed by local artist Voshti! Stay tuned!!

Some words on Respirar by Luz

We would like to thank everyone that contributed to the music video of Respirar by Luz! This video was delayed due to other projects we were working on, we apologize for the inconvenience. We would like to thank Huddle House Eagle Pass for allowing us to film in their restaurant. We would also love to give thanks to Oro Lee Almaguer for helping with the make-up and wardrobe consulting. Shout out to our actors: Vivian Luna Cordova, Adrienne Barbeau, Samira Aguilar, and Armando Flores, III.
Watch the music video at: youtu.be/ekgUQZ90D2s

Renegade: Delta is out now!

The film itself a prequel to a bigger film we're working on. Watch till the end for a sneak peak of what's to come in the next film.

Due to some technical difficulties we have to postpone the release of "Renegade: Delta" till tomorrow morning. The film should be live on our YouTube channel after 6am. We apologize for the inconvenience.

Renegade: Delta follows Walker, a young, rebellious mercenary, as he attempts to complete a mission pitting him in the middle of nowhere in Mexico. Walker mu... 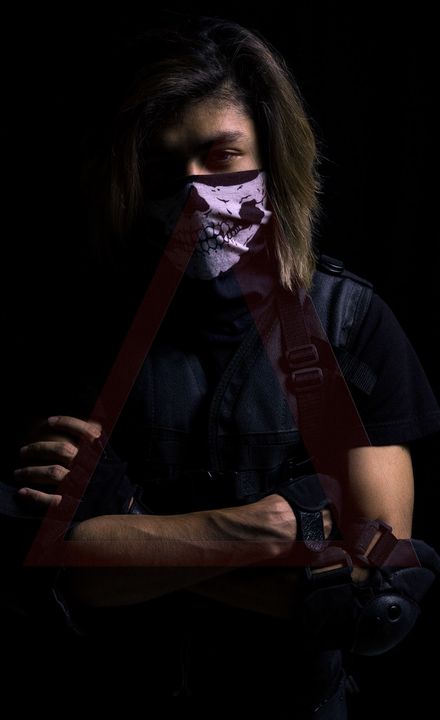 Photography, videos, and creative social media solutions for business or personal needs! Just send us a message and we'll work with you to make your vision come true!

Our short film "A Film About Anxiety" took first place in the 30 sec.-2 min. short film category AND, out of 30 films, took “Best Picture” at the 2nd Annual Rio Grande Film Festival in Del Rio, Texas. Watch it now on YouTube at: youtu.be/UGhwLy667RM

The wait is over. The music video for "Respirar" by Luz is here! Check it out now!
Like and share!

A Film About Anxiety

Our newest short film, "A Film About Anxiety," premiered and took a first place prize at the 7th Annual Frontera Film Festival, check it out on YouTube now! 📞🎬

In 1 day, catch the premiere of the music video for "Respirar" by Luz at the 7th Annual Frontera Film Festival in at the Eagle Pass ISD Student Activity Center Fine Arts Building. See you there!

Screening time is estimated to be at 1:15pm at Room Screen C.

In 4 days, catch the premiere of the music video for "Respirar" by Luz at the 7th Annual Frontera Film Festival in .
See you there!

Luz - Respirar: Behind The Scenes

Here's another behind-the-scenes look at our music video production with Luz. Check it out!

Odd-Stop Films would like to introduce and welcome its newest member, Jesus De La Garza.
Jesus also joins the cast of our upcoming film, Remnants!

The extended cut of "Reunion" made it's debut at the 2015 Rio Grande Film Festival in Del Rio, Tx. It placed first in the 2–5 min. category. Check it out!

One of our entries for the 2015 Rio Grande Film Festival. This short film placed first in the 2–5 min. category. An Odd-Stop Films Production Directed and Ed...

Our latest short film, Connected, premiered at the 1st Annual Rio Grande Film Festival in Del Rio, Tx. It placed second on the 30 sec.–1min. category. Check it out!

One of our entries for the 2015 Rio Grande Film Festival. This short film placed second in the 30 sec.–2 min. category.

The is about to start in a few minutes! The tension is real!!

Come and join us at the Rio Grande Film Festival!
The event begins at 3pm; the awards ceremony start at 8:30pm.

Catch an extended look of our "Reunion" teaser film this Saturday at the Rio Grande Film Festival at the Paul Poag Theatre in Del Rio, Texas.

Our new short film "Connected" will premiere at the first annual in Del Rio, Texas.

The Rio Grande Film Festival will be held on Saturday, June 13th at the Paul Poag Theatre in Del Rio, Tx. Showtimes will be added later.

On the set of our latest film. New content coming soon!

Calamity Entertainment and Underexposed Cinema are now Odd-Stop Films. Check out our debut video as Odd-Stop Films, Radioactive, featuring the talented dancer Brand-E.
YouTube has blocked it on mobile, so watch it on the big screen!

Other Film & Television Studios in Eagle Pass (show all)

The Dead Bears Production is a group of talented individuals with great ideas.