Above All Studios
1195 Greenwood Ave

Check back soon for openings or send a message to get on the waitlist. My name is Julie, and I hope to guide you towards more comfortable, confident, consistent singing, regardless of genre, voice type, or musical goal. I enjoy fusing scientific technique with more organic discovery, providing each student with a one-of-a-kind lesson and practice plan to encourage what they do best while improving

on their needs. I believe every person has something unique to communicate, and I want to help each student find their voice — or cultivate their love of music — with confidence and ease. I am thankful to share my balanced experience and skill-set with dedicated, bright, and uniquely talented students from ages 8 to 65. I am equally committed to help YOU realize your goals and experience vocal/musical growth and performance stability.

Fiore Music Studio updated their info in the about section.

Fiore Music Studio updated their info in the about section. 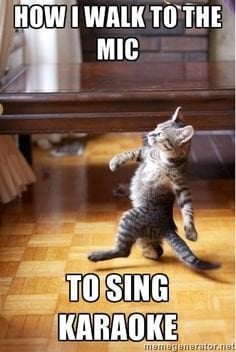 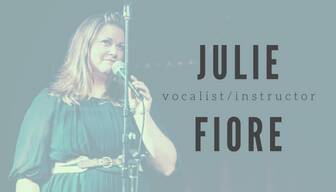 It's that time of year. Upcoming local audition announcements are starting to come in - are you ready? Let's prepare your solo piece together!

chorusaustin.org Auditions are conducted by the Chorus Austin Artistic Director Ryan Heller. Each audition lasts about 10 minutes and includes three parts: Vocalization and Tonal Memory You will be lead through a...

I'm thrilled and humbled to have been named a Kids In A New Groove Music Mentor Honoree, at their awards luncheon a couple weeks back! Working for KING is a great joy in my life. On this , I encourage you to give to provide high quality music lessons and mentorship for kids in foster care.

TONIGHT! Headlining Stubbs inside - check out this brand new song, released a few hours ago by studio members The Mammoths, and then GET YOUR TIX. See ya there!

SURPRISE! New song out via Vents Magazine Street Team Page produced by the one and only Chris John Smith!!!

Support local music: studio members The Mammoths take on Stubb's Austin next Friday! See you there!

The Mammoths and Otis the Destroyer

In two weeks! Studio members The Mammoths at Stubb's Austin, inside the cool cool air. GET YOUR TICKETS - this will sell out!

stubbsaustin.com The Mammoths and Otis the Destroyer on August 25 at Stubb's Indoors

Founder Julie Fiore featured in the Austin Chronicle this week for her work with Kids In A New Groove, local non-profit providing music mentors for kids in the foster system.

austinchronicle.com Kids in a New Groove, Bull McCabe’s bows out, and underground heroes of Austin music

Shout out to all the pianists out there! :)

In 15 minutes on FOX 7 Austin! These guys make a quick stop back in Austin on their way to the east coast. Proud of their hard work, y'all. Studio members represent!

"So Cold" - The Mammoths (Music Video)

And we have...VIDEO! Congrats to FMS students The Mammoths on their first single. Cheers to many more!

A Video By Kate Blaising and Anton Plauche

Happy Friday! Studio members The Mammoths' EP comes out today! Grab a copy before they leave on their national tour next week!

OUR EP IS OUT TODAY!!! Check it on Apple Music (we'll be on Spotify next week) - Much love to everyone who made this possible! ❤💚💙

This is cool! Listen in live at the Juilliard School - nothing like a lil lunchtime Schubert! :)

Grab your headphones and take a break from your busy work day with an all-Schubert program by vocal artists from the Juilliard School, live from The Greene Space at WQXR.

Studio members David, Tyler, and Michael need your help - they are so close - all backers get a digital download of their freshly-recorded EP! Congrats to The Mammoths!

We've added a sweet new reward to our Kickstarter project. We have 12 days left in our campaign, and we're almost there! Thanks to anyone who has donated so far!

Julie's students Michael, David, and Tyler rocking it on The CW! They will record at 512 Studios later this month. Congrats, The Mammoths!

The Mammoths performs 4 songs at 512 Studios. Aired on Aug 27th on the CW Austin.

Students and friends! Julie sings with One Ounce Opera tonight and Sunday at Beerthoven Concert Series! Tickets still available, but sell-out performances are expected. Suitable for all ages! See you there!

National Endowment for the Arts

“Playing music is the brain’s equivalent of a full-body workout.”

Can music make you a better athlete?

Can music boost your athletic performance? Share your favorite workout and post-workout songs below!

pbs.org Music can be a stimulant or a sedative. It can also improve athletic performance by enhancing mood, improving muscle control and helping the brain build key muscle memories, according to London researcher Costas Karageorghis.

Students (and others): I just stumbled upon this. How cool! Great option to practice harmonies in a group setting without having to join a choir, and let your voice open up amongst a welcoming crowd! Share what you've been working so hard on with some new friends -- completely no pressure!

meetup.com Do you ever find yourself bursting into song at odd moments like some character in a Broadway musical? In the shower, in the car, in the middle of Walmart? Do you wish you had some other outlet for th

From Mozart To Mr. Rogers: Literacy, Music And The Brain

npr.org A test that can flag struggling readers before they're old enough to read and the power of music to help a child hear language. A literacy two-fer from the NPR Ed Team.

This neat video explains acoustic design in venues around the world. What's your favorite concert hall?

Yes, yes, and yes. Nice thoughts on a very current topic. Check out the videos as well!

huffingtonpost.com The television series America's Got Talent has produced yet another child...

Dolora Zajick: 'Singing Is Connected To The Body'

Vocal food for thought as you ease into the weekend...enjoy! http://www.npr.org/sections/deceptivecadence/2014/03/19/291410969/dolora-zajick-singing-is-connected-to-the-body

www.npr.org The mezzo-soprano discovered opera as a 22-year-old pre-med student. She took "a crack at a singing career" and has been at the Metropolitan Opera for 25 years. Now she's helping emerging singers.

This Fresh Squeeze is All About the Opera Shorts

Julie Fiore's company One Ounce Opera in production this weekend! Don't miss it!

The Long-Neglected Passageway Between Classical Music, Theater, and Pop Reopens

Interesting! NOW who wants to cross over? ;)

www.villagevoice.com The vast gulf we now perceive between classical and popular music didn't exist a century or even half a century ago. Music was music. Then as now, a vastly larger audience preferred the popular kind â€” of which show music was considered the more polished upper edge â€” to the...

A smaller piano for bigger artistry

Now I'm curious. I know so many of my students -- and myself! - have smaller hands. This could change so much...what do you think?

host.madison.com When pianist and UW-Madison professor Jessica Johnson sat down for the first time at a 7/8th-size keyboard, the experience was bittersweet.

As per a few conversations this week. Timely article! http://musicaltheatreresources.com/2016/02/17/stop-trying-to-sound-like-broadway-cast-recordings/

musicaltheatreresources.com Do Broadway Cast Recordings ever sound a little TOO perfect to you? Here's why.

Whoa. Interesting stuff, and food for thought. Check this out:

The story of umlauts begins not in heavy metal, but in a library, with one of the Brothers Grimm.

Interesting and thoughtful advice for singers and actors. Enjoy, and Happy Friday!

Alan Rickman passed away today. The renowned actor was only 69. In this clip from 2012, Rickman reflects on the advice he gives to young actors and the courage you need to act. Beyond his portrayal of Professor Snape in the Harry Potter films, which starred Daniel Radcliffe, Rickman will be remembered for his unforgettable roles in Sense and Sensibility, Die Hard, Dogma Movie, Love Actually, and more.

How to Motivate Your Child to Practice

pbs.org Among the numerous challenges that parents face in handling children’s music lessons (choosing the instrument, finding a good teacher, etc.), getting kids to practice is the most daunting of all. T...

Glad you found us!

My name is Julie, and I hope to guide you towards more comfortable, confident, consistent singing, regardless of genre, voice type, or musical goal.

I enjoy fusing scientific technique with more organic discovery, providing each student with a one-of-a-kind lesson and practice plan to encourage what they do best while improving on their needs. I believe every person has something unique to communicate, and I want to help each student find their voice — or cultivate their love of music — with confidence and ease.

Everyday, I am thankful to share my balanced experiences and skill-set with dedicated, bright, and uniquely talented students from ages 8 to 65. I am equally committed to help YOU realize your goals and experience vocal/musical growth and performance stability.

Hope to meet you -- either in person or online -- very soon!
-JF

Other Music production in Austin (show all)

Come visit us on Sundays at 8:30am and 11:00am. We are currently preparing for our Christmas progra

Austin School of Music provides lessons and classes on all instruments for all ages. Also check out

We are BlakMarigoldPro Multimedia Studio: specializing in quality and exclusivity. We are a one stop shop for all of your music and photography needs! Consider us for your next pro...