Losing too many assets? Let ODIN help. We just launched an exceptional RFID-enabled solution. Check it out: http://odinrfid.com/odin-launches-new-rfid-enabled-asset-tracking-and-management-system/ Our booth during the Cerner Conference show

Proud to partner with Affigent at National Sheriffs Association Conference! Swing by booth 730 to check out weapons tracking solution by ODIN technologies
http://t.co/LtAuAyDvfr

Twitter / LucidLogistics: Here's a pic of our friends ... Instantly connect to what's most important to you. Follow your friends, experts, favorite celebrities, and breaking news.

Going social with Southwest Airlines, Facebook and RFID - another winning activation. This time at Disney1

Another cool frictionless social media activation - this time at Disney for Southwest Airlines!

RFID is the best healthcare technology – I’ll bet you half a billion dollars on it!

Got a half billion lying around to bet with our founder?? 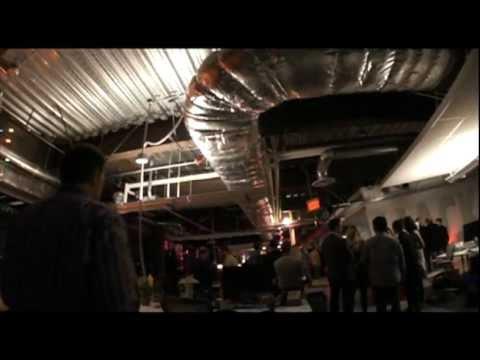 Sneak peak into what we will be using tonight at Facebook's big office launch in LA - Social Media Experience captured in real time, frictionlessly!

Patrick was one of the keynote speakers at the Young President's Organization Mobile Technology summit in La Jolla, CA along with others such as the CEO's from Qualcomm and RIM.
There is a clear movement toward conversion of wireless, data, audio, and useability that will change our world in the next three years. Some amazing innovations revealed as well at the Qualcomm R&D center with Augmented Reality.

Patrick Sweeney our founder was a keynote speaker for the opening of the new Nordic ID Center in Denmark today. Big audience with the former CTO from Bang & Olufsen announced as the new director fo the facility!

Check out the RFID enabled real world Social Media Experience at the PGA Championship. We've got a behind the scenes look. PLEASE POST A COMMENT ON YOUTUBE!

Facebook Mercedes Benz PGA RFID Like.mov Facebook and RFID come together in the real world to create a Social media Experience that optimizes EdgeRank and Newsfeed appearance on Facebook. Brands can...

What a true group of heroes in ODIN's HQ. Everyone kept a cool head and rational behavior during the great earthquake of '11. Although Parick and Ronan had serious issues not being able to use their mobile phones and started to show the stress...

Sneak Preview - News of a major RFID program at Disney was leaked this week and ODIN obtained a picture of the branded bracelets. Check out what each guest can get in 2012 when they sign in to the NextGen program 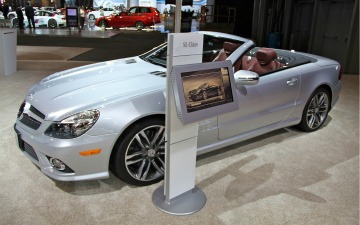 Mercedes Provides RFID Facebook Checkins at PGA Championship Mercedes is the latest automaker -- and likely the only one in the U.S. -- to experiment with computer- and smartphone-less Facebook checkins via RFID. The carmaker has set up 10 kiosks at the PGA

ODIN Insider news - Atlanta, GA The PGA Championship: the demand for the Mercedes Benz Social Media & RFID program as outpaced supply! We are doing an emergency order of another 10,000 VIP passes with UHF RFID. What a home run for MB and our partners at Dimensional Comm.

iPad presentation | Elance Job I need a single screen presentation on the iPad that looks like an article from Wired Magazine. It will be an eco-system of technology animated with the user in the middle. Ill want to be able to touch the screen to see how the steps take place - bui

A fun summer question - in honor of the coolest ice cream shop in the world - Izzy's in St. Paul MN. Where they use RFID & Social Media every day to tell you if your flavor is up. Now the question:

What is the best celebrity named ice cream you can think of?

Patrick spent the day touring Manor stores & DC in Luzerne, Switzerland seeing the Rodata implementation of the EasyTAP. Solid system running 80+ readers at 99.8% accuracy plus great revenue for an ODIN partner - ODIN partner program is an awesome way to focus on clients and build business value while leaving the core RFID to the full-time experts.

Facebook RFID Check In Like Station ODIN F8.mp4 RFID & Social Media allows users to interact at the time of an event without using their laptops or mobile phones. A VIP card with RFID chip, a bracelet with...

Barcode Asset Tracking is for Losers!

Check out the new eBook from the author of RFID for Dummies http://bit.ly/RFIDeBook1 it tells one woman's epic struggle with a failed internal audit and how she overcame adversity, ridicule and suffering to finally...

Barcode Asset Tracking is for Losers! Did you just fail your latest internal audit? Does your 15 year old daughter no longer talk to you? Are you still listening to New Kids on the Block? Are you using bar codes? If you answered yes to any of these questions - you're a loser. You are probably losing time, money and losing assets.

What it costs to do RFID Asset Tracking the right way the first time.

Social Media Marketing RFID & Facebook - it's a very powerful combination. check out this one minute video from Journal Live and see it in action!

Facebook RFID Check In Like Station ODIN F8.mp4 RFID & Social Media allows users to interact at the time of an event without using their laptops or mobile phones. A VIP card with RFID chip, a bracelet with...

Other Business consultants in Ashburn (show all)

MBO Partners makes it easy for independent consultants and their clients to work together.

At Infinitive, we’re about action, results, and enabling clients to master the digital world. We l

Government Business Development|Partnering Primes & Subcontractors| GovPartners is the premier place to connect your business with Prime Contractors and Subcontractors that are app...

We Design, Code, Market, and Consult - Let's Work Together!

One life touched is many changed, Touch a life today.

Mindseeker is proud to help government clients deliver on their mission. Backed by 20 years of experience, we have a reputation of success in providing workforce solutions to feder...

Hello everyone! With this page I hope to create more interactions so we can share tips on how to liv

We call ourselves a force in recruiting for a reason. We have consistently delivered and satisfied our clients. Take a look at what they have said about us by clicking the link bel...