Fun for Kids - in Qatar
Mamoura

https://www.facebook.com/FloristKenya/
There are always flowers for those who want to see them.
Register your profile among the best professional decoration companies in the region with one single click.
www.eventzone.solutions 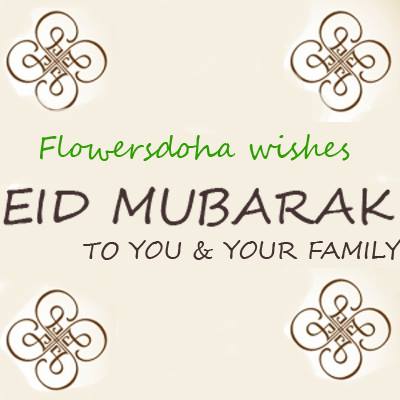 Browse through our new website and order your Ramadan flowers and gifts online on www.flowersdoha.com

Qatar slashes healthcare spending, World Cup escapes cuts - ArabianBusiness.com Qatar has cut its planned spending on building healthcare facilities by about two-thirds this year following the drop in energy prices but expenditure on its World Cup-related projects should be unchanged, an official said on Wednesday.

Smart stadium technology becoming a reality Vodafone Arena in Turkey will act as a model for Vodafone Qatar for the smart stadium infrastructures that are planned to be built at eight stadiums to be used during 2022 Qatar World Cup. By Fazeena Saleem

Movenpick to operate third Qatar property from May

Movenpick to operate third Qatar property from May Doha: Mövenpick Hotels & Resorts (MHR) will operate its third property in Doha from next week — a strategic move that will capitalise on Qatar’s status as a world-class sports hub and host of the 2022 Football World Cup. The upscale.

Doha College showcased in album for Queen’s birthday celebration In 2016, Queen Elizabeth II of the United Kingdom, who is also the Head of State of 15 other Commonwealth realms, will mark her 90th birthday on 21 April, and Doha College has been chosen as one.

Qatar Rail to receive first stage Doha Metro tunnels by November Doha: Qatar Rail will receive all the Doha metro tunnels for the first stage by the end of this November, Al-shraq reported.  The companies which are working on the tunnels like the Austrian construction company PORR.

Happy Friendships Day to all our friends!

Happy Fathers Day to all the lovely DaD's... :)

Wishing you and your friends a Very Merry Xmas!!!!


Other Florists in Doha (show all)

Bellamax Florals is a distributor for both natural and artificial flower bouquets and arrangements.

Some of the most beautiful things worth having in your life come wrapped in a crown of thorns.” “Love speaks in flowers. ... But you have to let them be thorns, because thorns can't turn into petals.

Gifts, flowers and cake delivery to all your friends & family anywhere in Qatar.