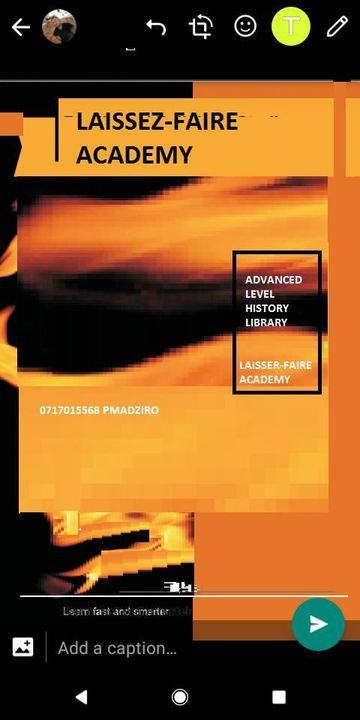 *Describe any 6 trading systems of the people of the Great Zimbabwe State (12)*
➡The people of Great Zimbabwe traded both internally and externally.
➡ Locally, they traded among themselves.
Locally, they exchanged local products, such as iron tools, pottery, baskets, cattle and grain.
➡Externally, they traded with foreigners like Arabs, Swahili, Indians, Chinese, Portuguese, Persians and the Tonga.
➡ They exported ivory, gold, baskets, ostrich feathers, grain, livestock, iron tools, precious animal skins and the like.
➡ They imported glass beads, Chinese bowls, cloth, soapstone bowls, bangles, mirrors, spirits, wires, copper chains, candles and the like.
➡ Sofala was the main port of trade.
➡Traders paid tribute to the king.
➡ The king controlled and protected trade routes.

**How Importance was trade and agriculture in the political system of Great Zimbabwe* (8)
* *C1*
➡A strong economy ensured internal peace and stability.
➡Loaning cattle ensured loyalty to the ruler.
➡Tribute is paid to the king in form of grain and cattle.
➡Trade goods helped to increase the power and wealth of the king.
➡The ruler was in charge of land distribution and control of trade.
**C2*
*Other factors important in the political system of Great Zimbabwe**
➡A strong army for defence
➡ Lesser chiefs who controlled provinces were also important.
➡ Religion which unified people
➡Mining empowered kings and rulers

Other Education in Masvingo (show all)

To see the emancipation , advancement of knowledge and intellectually equip Africa for its developme

The Car Clinic. "On track with modern automobile technology"

Youth for Heritage and Culture
Masvingo

Studying Musicology and Music related courses now made EASY!!! We have a loads and loads of DVDs of subjects to do with Music Theory, Ethnomusicology and Research Methods in Music ...