Nails & Make Up by Truth

Tune into tonight from 2000hrs and join our Mr Mukwekwezeke and Zororai Nkomo as they delve into the new Marriage Bill. https://t.co/IEnRT7KxTY
The cultivation of industrial h**p is budding with potential as the novel industry takes root in Zimbabwe. Below is an article on the legal framework on cultivation and export of industrial h**p.
https://businesstimes.co.zw/legal-processes-for-farming-exporting-industrial-h**p/
Today we celebrate all women as pillars of strength in our communities. From all of us at we wish all women a happy International Womens Day.
Fungai Chimwamurombe & Casper Mateza offer insights on how to guard against fraudulent sales.

Tune in to tonight from 2000hrs and join our Mr Muhlwa as he discusses all things wills.
Special rebranding announcement from our Senior Partner .

believes that Breast Cancer Awareness Is Not Just a Month, it's a call to remember that fighting breast Cancer is a collective effort#Every Ribbon Makes A Difference 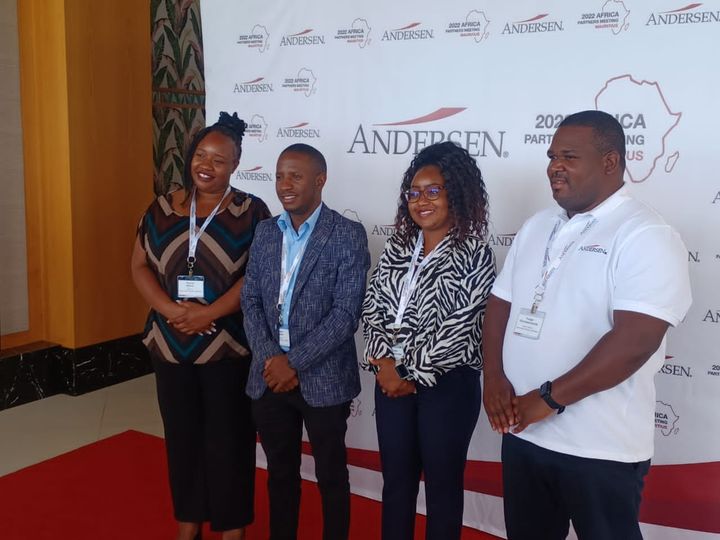 WHAT IS A DEBT?
A debt is a financial liability or obligation owed by one person, the debtor, to another, the creditor.

FORMS OF DEBT
Debt may take the following forms: loans, bonds, promissory notes, debentures, mortgages, and amounts owed on a credit card, among others.

HOW DO YOU RECOVER YOUR DEBT?
The debt recovery process starts with a letter of demand to the debtor. The letter of demand sets out the names of the parties, the facts in terms of which the claim or debt arises, the timeline within which the debtor must pay the debt and the legal consequences of failing to do so.

If a debtor fails to settle the debt after being served with a demand letter, the next step would be to issue summons or an application before an arbitration tribunal, the Magistrates or High Court. If liability for the debt is admitted, the parties can formalize the settlement by entering into a Deed of Settlement or an Acknowledgement of Debt.

Should a court order be obtained in the creditor’s favour, and in the event that the debtor fails to adhere to the terms of such court order, the creditor can file a warrant or writ of ex*****on instructing or authorizing the Sheriff of the High Court or the Messenger of Court in the Magistrates Court to attach movable and / or immovable property belonging to the debtor and to sell such property through a public auction, in-order to recover the debt. Should the proceeds of such sale be required to be remitted to an offshore debtor, exchange control approval must be obtained from the Reserve Bank of Zimbabwe.

DRUGS AND THE LAW

The regulation, importation, exportation, manufacturing and sale of drugs and substances are regulated by the Dangerous Drugs Act [Chapter 15:02]

Dangerous drugs are defined under section 155 of the Criminal Code (Codification and Reform) Act [Chapter 9:23] as being:
a. any coca bush, coca leaf, raw o***m or cannabis plant
b. prepared o***m, prepared cannabis or cannabis resin
c. a scheduled drug
The most common illicit drugs used in Zimbabwe are glue, bronclee, mangemba, can spirit, ma*****na, codeine, methamphetamine, he**in, co***ne and caffeine

Divorce is defined as dissolution of a marriage by a court of law and entails a change of status from married to non-marital, signifying that one is now separated from their spouse.

i. Parties have not lived together as husband and wife for at least 12 months immediately before the date of commencement of the divorce action

ii. A party has committed adultery and this is incompatible with the continuation of a normal marriage relationship

iii. One party has been;
a. sentenced to prison for period of 15 years
b. declared a habitual criminal.
c. sentenced to extended imprisonment and in accordance with this has been detained for a continuous period or interrupted periods of at least 5yrs within, 10yrs immediately before the date of commencement of the divorce

iv. a. A spouse has treated the other with such cruelty, mental or otherwise
b. A spouse has subjected themselves to intoxicating liquor or drugs to such an extent that a continuation of a normal marriage relationship cannot be sustained.

N.B The Court is not limited to these factors for irretrievable breakdown of marriage, but considers any other factors that may show that a marriage has irretrievably broken down.

2. In the case of mental illness as a ground for divorce, either one of the following must be present

i and ii must be given as evidence by at least three medical practitioners two of which must have been appointed by the courts.
A person shall be deemed to be under care or treatment for mental illness if
i. There is an order or warrant issued under Zimbabwean law or any other court for such care and treatment or
ii. If he or she is receiving treatment voluntarily.

Zenas on its Vision

Zenas on its Vision

UAE’s WOMEN'S EQUALITY and EMPOWERMENT EVENT 2022
Zenas Legal Practice guests at the UAE’s Women’s Equality and Empowerment Event held on the 7th of September 2022 by the Ambassador of the United Arab Emirates H.E. Dr. Jassim Alqasimi.

UAE’s WOMEN'S EQUALITY and EMPOWERMENT EVENT 2022
Zenas Legal Practice was proud to be guests at the UAE’s Women’s Equality and Empowerment Event held on the 7th of September 2022 by the Ambassador of the United Arab Emirates H.E. Dr. Jassim Alqasimi. The UAE has made milestones in the advancement of women’s participation in commercial and private sectors, below is a summary on the advancement of women initiatives.
WOMEN IN THE UNITED ARAB EMIRATES
Women in the UAE have equal rights to economic resources, as well as access to ownership and control over land and other forms of property, financial services, inheritance and natural resources, in accordance with national laws. Women business-owners account for 10 per cent of the total private sector in the UAE. They run projects worth more than AED 40 billion and constitute 15 per cent of the members of the boards of directors of the Chambers of Commerce and Industry.
The participation of women in the UAE Cabinet is amongst the highest in the world, reflecting the strong position reached by the Emirati women. This way, the UAE empowers and promotes the political inclusion of all.
As for the distribution of positions in government institutions by gender, women make up 66 per cent of the public sector workforce. 30 per cent women are in leadership roles and 15 per cent are in technical and academic roles.

National Strategy for Empowerment of Emirati Women
On 8 March 2015, Sheikha Fatima bint Mubarak, the Chairwoman of General Women's Union (GWU) launched the National Strategy for Empowerment of Emirati Women in the UAE for 2015-2021 (WAM). The strategy provides a framework for government, private sector and civil society organisations to establish work plans to position the UAE among the most advanced countries in the area of women's empowerment.
The strategy contains four basic priorities:
• maintaining the sustainability of the Emirati women's achievements and continue achieving further gains
• maintaining the social fabric and cohesion through integrating the roles between men and women in order to build a strong and cohesive society able to cope with emerging changes
• providing a decent and safe social welfare based on high quality foundations for women
• developing the spirit of responsibility and strengthening the position of the UAE's women in regional and international fora.
Source: https://u.ae/en/information-and-services/social-affairs/women

LABOUR ASPECTS
DEFINITIONS
EMPLOYEE
“employee” means any person who performs work or services for another person for remuneration or reward on such terms and conditions as agreed upon by the parties or as provided for in the Labour Act, and includes a person performing work or services for another person whereby they are using their own tools, or they are working under flexible conditions of service, where the hirer provides investment in the work undertaken or assumes the substantial risk of the undertaking or in any other circumstances that more closely resemble the relationship between an employee and employer than that between an independent contractor and hirer of services;
Source: Part I Section 2 Interpretation Labour Act [Chapter 28:01]

INDEPENDENT CONTRACTOR
An “independent contractor” is one who undertakes to produce a given result, and who in the actual ex*****on of the work is not under the order or control of the person for whom he does the work for, and who may use his own discretion in things not specified beforehand'.
To determine whether one is an Independent Contractor the supervision and control test is applied, in addition to the test, the facts of each case are examined to determine the true nature and type of relationship, which has been created.
Source: Banda v Gamegone (Pvt) Ltd & Anor (HH 133 of 2003) [2003] ZWHHC

CONTRACT
A contract is an agreement, either written or spoken, between two or more parties that creates a legal obligation (a duty to do or not to do something arising from the agreement)
Source: ://www.contractscounsel.com/b/define-contract

WHAT IS MINING?
Mining is the extraction of valuable minerals or other geological materials from the Earth. The exploitation of these deposits for raw material is based on the economic viability of investing in the equipment, labor, and energy required to extract, refine and transport the materials found at the mine to manufacturers who can use the material. Mining can be divided into surface mining and underground mining.
In Zimbabwe mining is regulated by the Mines and Minerals Act [Chapter 21:05] and other legislation. Minerals mined in Zimbabwe include Gold, Diamonds, Asbestos, Silver, Copper, Black Granite, Platinum group elements, Chrome, Coal, Nickel, natural gas, uranium.
Five stages in mining are exploration, discovery, development, production and reclamation.
Obtaining a prospecting licence (search for mineral deposits) is governed by Part IV of the Act and the rights of prospecting are contained in section 27 of the Act. Mining rights in Zimbabwe include, Exclusive prospecting order, Ordinary or Special Prospecting rights, mining lease, special mining lease or special grant, transfers, tributes and options.

Sybay Health is a diversified healthcare supplies distribution and information management , focusing on improving health and wellness in Africa.

We are concerned with the well being of mankind & positively impacting the lives of those around us in areas of Health Care Services. Unconventional ideas and new perspectives are ...

Health conditions that affect ladies and solutions will be posted here ,feel free to ask questions. More personal questions you are free to inbox. Baby dust to those trying to conc...

Heal and thrive after a breakup/loss

1. Raise awareness of the Corona virus 2. Educate people on methods of preventing the spread of t