Nice One Reg, good luck with this
Hey Reg Habib , this is awesome
Well done

Going out on a high note, prog-rock legend Phil Collins and his Genesis bandmates performed their final show at London’s O2 arena Saturday night. “Tonight is a very special night,” Collins, 71, announced to the crowd early into their 23-song set. “It’s the last stop of our tour. And it’s the last show for Genesis… After tonight we’ve all got to get real jobs.” His health woes meant he had to remain seated throughout the show but Phil Collins was in great spirits as he joined his bandmates, Mike Rutherford (71) and Tony Banks (72), for the group's last performance. Collins’ son, Nicholas, who stepped in for his father on the drums.

Former frontman Peter Gabriel watched the show from the audience, according to Rolling Stone. Genesis, which was formed in 1967, embarked on its “Last Domino?” tour last September following a 14-year show hiatus. Collins, Genesis’ drummer and lead singer, sang at Saturday night’s set sitting down. A number of severe physical health issues over the years have left the musician “barely” able to hold a drumstick, he revealed to the BBC last year. Along with back, hip, and foot problems, injuries to his neck and nerve damage in his hands sustained while drumming have contributed to his deteriorating health, the eight-time Grammy Award winner has said.

Genesis, which skyrocketed to fame in the late 1970s and have sold over a 100 million records, reunited for the last gig of their Last Domino Tour which had been postponed due to the pandemic.

“To have witnessed this last show was truly the memory of a lifetime and an event I shall hold in my heart forever. Endlessly grateful doesn't begin to do it justice. So much love was left on that O2 stage and an even bigger amount shared between an audience who didn't want it to end.”

So for like two years we have not being having lessons so this page has pretty much become a place where I share guitar stuff that I find interesting or amusing. If you have a guitar related post please feel free to share it to here. this is me in my twenties, a long long time ago.

Happy Birthday Eric Clapton. The guy that started it all for me. Legend. @ericclapton

For the enthusiast who needs guitars in all aspects of their lifestyles, our premium South African Kiaat butcher blocks let you take your shredding into the kitchen.

Order yours and choose from a range of custom logo colour options for R550 (excl. shipping) from our Facebook Shop or click on the Send Message button below. 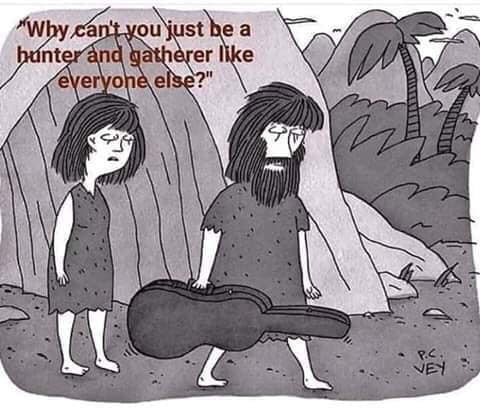 Don't let this happen ever!! ❤

Can hardly believe it’s 50 years. I was in junior school when a friend of mine introduced me to this new album (on vinyl of course) and I’m still listening to it.

Celebrate the 50th Anniversary of Aqualung with Ian Anderson, Friday 19th March, 5PM GMT. Tune in as he talks through the story behind each track on the album. The writing, instrumentation and history is all explored in this 50th Anniversary special. Set a reminder. https://lnk.to/Aqualung50thSpecial

Lessons have started again. Thank you to everyone who helped get us this far.

Which one are you? Tee available exclusively at TheJustinGuitarStore.

Get your small and mighty micro tuner today! A wonderful addition to any gear box, this little guy fits perfectly behind your headstock or neatly into your pocket.

To enter, name your favourite Dylan song and tag a fellow Bob Dylan fan whom you would like to take with you to the show.

The Freewheelin' Bob Dylan featuring Duck Chowles and the Centrestage Band runs at Old Grey from 26 to 28 Sept.

Both you and your friend will each go into the draw to win 4 tickets to see the show.

3 winners will be announced on this post at 10am on Tues 19th Sept.

Here are just some of the Dylan songs which will be included in the show:

I Shall Be Released, Knocking On Heavens Door, Don’t Think Twice It’s Alright, Blowing in the wind, The Times are a Changing, Girl From The North Country, A Hard Rains Gonna Fall, Mr Tambourine Man, Just Like A Woman, It’s All Over Now Baby Blue, Masters of War, All Along the Watch Tower, It Ain’t Me Babe, She Belongs To Me, High Way 61, Like a Rolling Stone, Tonight I Will Be Staying With You, I’ll be Your Baby Tonight, You’ re a Big Girl Now, Simple Twist Of Fate, Tangled Up In Blue, One More Cup Of Coffee, Leopard Skin Pill Box Hat, To Make You Feel My Love.

A rare sighting indeed: A pair of 1934 Gibson L-5s surfaces in Brooklyn. The Digital Troubadour: How to Record at Home on Any Budget

The Digital Troubadour: How to Record at Home on Any Budget From the August 2017 issue of Acoustic Guitar | BY NATHAN BELL Thirty years ago, I recorded my first full-length LP, cutting it in a studio, with expensive equipment and (really expensive) hourly r…

New to the store! The Pro-G Stand is a beautiful, adjustable, and portable stand made from sustainable solid African Sapele hardwood. Designed to temporarily and securely support a stringed instrument in a protected or monitored environment, this stand is a great option for solo performances, studio, home and display use. Get yours today! Shop now > > > http://bit.ly/2oDi6IO

Start your journey with us :)

Make your own guitar ;) 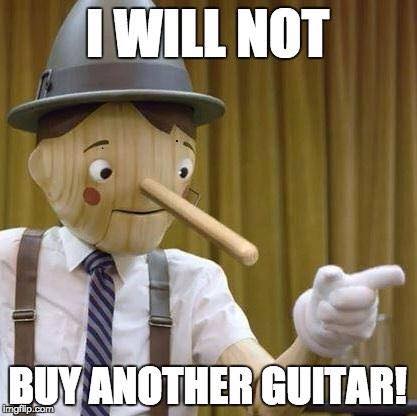 Friends of SD: The Walla Walla Guitar Company By Dave EichenbergerWalla Walla, Washington is a town with a funny name known for its wine industry and sweet onion production. However, this funny-sounding

The 25 Best Guitar and Music Apps

The 25 Best Guitar and Music Apps Nowadays you can find almost anything on your phone. There are apps that will teach you how to play guitar, record songs, simulate amps and more. If you’re wondering where to start, read this list! Here are 25 of the best guitar and music apps.

It’s Never Too Late to Start: Starting to Play Guitar as an Adult has Unique Challenges—and Opportunities

One is never too old to learn

It’s Never Too Late to Start: Starting to Play Guitar as an Adult has Unique Challenges—and Opportunities From the Fall 2016 issue of Classical Guitar | BY DEREK HASTED The phone rings; I answer it. The voice on the other end says, “Hello, I’ve been to your website and I’d like to learn guitar, but I w…

Want to Play Like Johnny Cash? Learn the Boom-Chuck Rhythm in 3 Easy Steps

Want to Play Like Johnny Cash? Learn the Boom-Chuck Rhythm in 3 Easy Steps By Chris Grampp The boom-chuck beat is one of the first rhythms guitarists learn, and for good reason: you can play thousands of acoustic-guitar songs in this style—just ask Johnny Cash. Ex. 1 begi…

Group lessons are 'in class group sessions' of two to four students, and consist of one 45min lesson per week (four lessons per month,) at R300.00 per month (payable in advance, non refundable.) Lessons are weekdays from 14:00 onward, subject to availability.

One on One lessons (Private in-studio lesson,) Consist of a 1Hour lesson at R100.00 per lesson (payable on the day.) Weekdays, subject to availability.

Private lessons Are given at your location and consist of a 1 Hour lesson at R150.00 per lesson (payable on the day.) The fee includes travel cost in the PE area and lesson times are between 09:00 and 13:00 weekdays. Subject to availability.

With life being so busy, not everyone gets time to practice between lessons. Wild Strings offer Saturday workshops where we cover all the course material to date with additional non-course exercises and explore non-course topics designed as 'fast track basics'. Sessions run from 09:30 to 12:30 on Saturdays @ R300 per student. Space is limited. Contact us for more details.

Other Music Lessons & Instruction in Port Elizabeth (show all)

MAVPT refines & focuses uniquely on the individuals vocal needs. We cater for ages 8yrs old & older who would like to improve on their singing abilities.

Children can learn to play marimba, xylophone, djembe and boomwhakers!!