Celtic Institute of the Midwest video.pbs.org Language Matters asks what we lose when languages die, and how we can save them.

Our CSANA page has 464 friends - can we make it 500 before Samhain? Please invite Celtic scholars/students to 'like' us and spread the word about the great work CSANA does promoting Celtic Studies in North America.

cornishfest.org The Southwest Wisconsin Cornish Society was formed in 1991 to raise awareness of the influence the early Cornish immigrants had on SW Wisconsin in general and Mineral Point in particular. Jim Jewell was the first president of the organization that quickly grew in numbers with members scattered all a…

rhiw.com To a small and diminishing band of people living in a secluded corner of the Llŷn Peninsula of North Wales the English language is as foreign as Chinese or Arabic. They are the last of the Welsh monoglots. 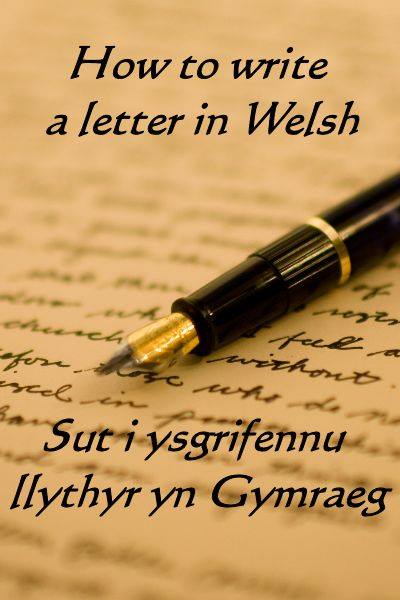 Please Read the Caption - This is an interactive post - so feel free to add things! :)

Sut wyt ti? How are you?

Gair bach i ddiolch i chi am - A brief word to thank you for ...

Dw i'n ysgrifennu atoch chi ar ran ... - I am writing to you on behalf of

Diolch i chi am eich llythyr dyddiedig ... - Thank you for your letter dated ...

Mae'n ddrwg calon gen i fod - I am really sorry that

Diolch am eich cydweithrediad - Thank you for your cooperation

From Bro Pagan to Bro Naoned, coming soon to a Plou, Lann, or Ker near you, Redadeg 2014. May 24th - May 31st, the 1,500 km sponsored run across Breizh for Brezhoneg. Want to participate? Details: http://www.ar-redadeg.org/?lang=br

socialmediaalba.eu The first Gaelic Twitter Day is taking place on Thursday 1st May 2014. We hope to create awareness of Scottish Gaelic as well as create an opportunity for Gaelic learners and speakers across the w...

The Cornish are a Nation

Cornish people formally declared a national minority along with Scots, Welsh and Irish - the Cornish are not English!

Campaigners insist that, beyond its image as the motherland of the pasty and clotted cream, the county has a distinct language and culture worthy of formal recognition

CHIEF REPORTER - THE INDEPENDENT OF LONDON

Raise the flag of St Piran. A millennium after they were subsumed into the English state and 15 years since efforts began to have them formally declared a distinct people, the Cornish are to be recognised as a national minority.

The Government will announce on Thursday that the Cornish are joining the Scots, Welsh and Irish as official members of the UK’s Celtic minorities. The decision is a victory for campaigners who have long insisted that, beyond its image as the motherland of the pasty and clotted cream, Cornwall has a distinct language and culture worthy of formal recognition.

The status of a national minority group, made under a European convention to protect them, means that the Cornish now have the same rights and protections as the more established members of Britain’s Celtic fringe.

The Chief Secretary to the Treasury, Danny Alexander, will make the announcement in Bodmin today. He said: “Cornish people have a proud history and a distinct identity. I am delighted that we have been able to officially recognise this and afford the Cornish people the same status as other minorities in the UK.”

The ruling is the culmination of a long battle to assert a distinct Cornish identity which saw 84,000 people declare themselves “Cornish” in the 2011 Census following a campaign for the designation to be added to the form. A further 41 per cent of pupils in Cornwall’s schools described themselves as Cornish in a 2011 school survey – up from 34 per cent two years earlier.

The Cornish language, which until 2010 was classified as extinct by the United Nations Educational, Scientific and Cultural Organisation, is also enjoying a robust revival, with 557 people claiming the Celtic dialect as their main language. Teaching of Cornish has received government funding Last month, the Liberal Democrat leader, Nick Clegg, pledged a further £120,000 to promote and develop the language with such measures as an internet-based radio station.

The first Cornish language crèche opened in 2010 and dual-language street signs are now common throughout the county. Its three Liberal Democrat MPs swore their oath in Cornish when elected to Parliament in 2010.

Campaigners said they were delighted by the move, which comes after the submission of two formal reports to Westminster seeking minority status and years of lobbying.

Dick Cole, leader of the Cornish nationalist party Mebyon Kernow, which campaigns for a separate national assembly, told The Independent: “We are absolutely elated. The fact that Cornish culture, language and identity is now formally a national minority on a par with the Welsh, Scots and Irish is fantastic. We shall savour the moment.”

The Communities Minister, Stephen Williams, added: “This is a great day for the people of Cornwall.”

www.rhyddiaithganoloesol.caerdydd.ac.uk Welsh Prose 1300?1425 is a site which presents a searchable corpus of Medieval Welsh prose.

dailyiowan.com St. Patrick's Day for an average Iowa City resident may include guzzling green beer at Micky's Irish Pub, 11 S. Dubuque St., wearing a "Kiss Me, I'm Iowish" T-shirt from Raygun, or a green felt leprechaun hat from Ragstock, and receiving chronic brain freeze at the hands of a McDonald's Shamrock Sha...

irishtimes.com Gaelcholáiste an Phiarsaigh to start lessons in September after 10-year campaign

The little known history of Cornwall's centuries old open air theatres is to be investigated thanks to a new project being launched today. Golden Tree Productions is being supported by Heritage Lottery funding to uncover the past of Cornish "playing places". In Tudor times there were at least 70 in the county - only two medieval ampitheatres still survive at St Just and Perranporth and are said to be the oldest working theatres in Britain.

Use Cornish on St Piran’s day – to help you, why not try out our Pirantide Bingo?

partyofwales.org On International Mother Language Day, Plaid Cymru MEP Jill Evans has repeated calls for Welsh to be made an official language of the European Union to give a boost to the Welsh economy as well as giving our two official languages the same status. Click here to read more.

dailypost.co.uk They will set up a six-member working group to investigate exactly the how Welsh language education is being implemented in its schools

A bumper book of sean-nós

irishtimes.com This richly annotated book is a rich resource about traditional singing

Geographic Distribution of the Gaelic Languages ... - Maps on the Web

mapsontheweb.zoom-maps.com Geographic Distribution of the Gaelic Languages bleacliath: “ A brief history of the Gaelic languages: Middle Irish spread into Scotland and the Isle of Man about 1000 years ago and has since...

Another great Celtic Studies conference coming up this spring!

Abstracts (no longer than a double-spaced page) for papers twenty minutes in length (plus ten minutes allotted for discussion) are cordially invited. They should be sent to Professor Joseph Nagy at [email protected]. Please indicate your AV needs. In light of the Martin Luther King Jr. holiday weekend, the due date for abstracts has been changed from Friday, January 17, to Tuesday, January 21, 2014.

newsnetscotland.com For the first time in Scottish history, Newsnet Scotland is proud to make available a detailed map of Scotland, entirely in Gaelic. That's what makes this a map for all Scots, not just Gaelic speakers.

Cymdeithas Madog, the Welsh Studies Institute in North America Inc., is a non-profit organization dedicated to helping North Americans learn, use and enjoy the Welsh language.

museumwales.ac.uk The giving of gifts on New Year's Day is an ancient custom. In Wales it took the form of collecting calennig (New Year's Gift). Children would form groups and go from house to house, bearing good wishes for the health and prosperity of the family during the year to come. This was symbolised by the s...

twitter.com The latest from Lavaren an Jydh (@LavarenAnJydh). Learn a Cornish phrase a day in 2014! Brought to you by Celtic Institute of the Midwest (@CelticMidwest). West Branch, Iowa

celticinstitute.wordpress.com Have you made a New Year's resolution to learn a Celtic language in 2014? Celtic Institute of the Midwest is here to help! Starting on January 1, we'll be tweeting a Cornish phrase each day using o...

Other Education in West Branch (show all)