Historically, U.S. President Harry S. Truman led the effort to establish a single holiday for citizens to come together and thank our military members for their patriotic service in support of our country.

On August 31, 1949, U.S. Secretary of Defense Louis Johnson announced the creation of an Armed Forces Day to replace separate Army, Navy, Marine Corps and Air Force Days. The single-day celebration stemmed from the unification of the Armed Forces under the U.S. Department of Defense.

Video by Herbert Valle, USN Veteran
Members of Loudoun Elks Lodge 2406 & Knights of Columbus St. Elizabeth Ann Seton Assembly #2410 stopped by the USO Dulles International Airport this morning with a donation of frozen entrees, fresh fruit, and other snacks. Thanks to their support and that of American Legion Post 293, a contributor of today's donation, we can support those who serve.

Loudoun Elks Lodge #2406 is located in "The Barn", down the street from Sterling Middle School and adjacent to the Sterling Golf Club. Elks are American citizens guided by the principles of our order: Charity, Justice, Brotherly Love and Fidelity.

The Loudoun Elks Lodge #2406 of the Benevolent and Protective Order of the Elks is an organization dedicated to investing in our community and helping improve the quality of life of our neighbors and those in need. Our Welcome Home Grant Program provides furniture and basic household items for Veterans in need. Visitors can help us in our mission to better the lives of our Veterans by donating her

The Loudoun Elks Lodge #2406 accomplishes this through helping local families in need by assembling holiday food baskets at least three times per year; identifying opportunities to educate and help children grow up healthy and drug-free; and meeting the needs of today's veterans...just to name a few.

The Loudoun Elks Lodge #2406 partnered with the Leesburg American Legion, the Leesburg VFW #1177, Auxiliary; Knights of Columbus and the Ancient Order of Hibernians on the Sweats for Vets project.

The Loudoun Elks collected over 100 sets of sweats and some packaged socks for hospitalized veterans. All of the items were taken to the Leesburg VFW, on Sun. Dec. 26th where they were sorted by size, color, men's, women's, etc. then ribboned and boxed to be sent to the Veteran's Hospital at Martinsburg, WV and D.C.

On behalf of Loudoun Elks Lodge, I am extremely grateful for all of the donations. 1110 sets of sweats and 50 pair of sweat pants were collected in total.

Thank you so much!

Trick or Treat
SUNDAY, October 31, 2021 5:30 pm til 8 pm.
Bring your friends and come to the barn for some cool Halloween decorations and candy. We want to give a BIG thank you to Loudoun Elks Lodge 2406 for donating frozen meals 🍔, fresh fruit 🍊🍎, cookies 🍪 and mac & cheese 🧀 for our traveling Service Members! We love when you stop in! ❤️ #BeTheForce

It’s that time again! Our quarterly Boulevard clean up is this Saturday, January 30th. Meet at Briar Patch Park at 8:45am, dress warm and don’t forget your mask. In case of inclement weather we will postpone to February 6.
.
.
.
.
.
#sterling #loudouncounty #virginia #sterlingva

The Loudoun Elks Hoop Shoot will be held on Sunday, December 15th at the Galilee United Methodist Church, 45415 Winding Road, Sterling, VA 20165. The Hoop Shoot is a basketball free-throw contest. All Loudoun children who are 8-13 years old (on 4/1/2020) are eligible to participate!

More from the parade...

Another successful Sterling Columbus Day Parade! Thank you to everyone who helped make the parade a success...and to our Sterling neighbors for coming out to enjoy it!!! Special thanks to LCSO and LCSO Auxiliary for having parade route control down to a science!!!

Shopping for Father's Day? Shop on smile.amazon.com and donate to VEYC at the same time! Go tohttp://virginiaelks.org/whats_new/Shop_for_Fathers_Day_and_Donate_to_VEYC_at_the_Same_Time.pdf for the details.

Fun at the Loudoun Elks Lodge on Halloween night!! 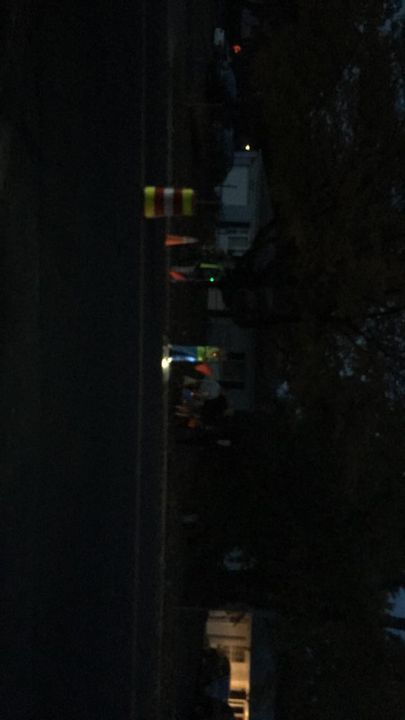 Trick or treating for the kids! Come to the the Loudoun Elks Lodge! We have crossing guards to help you cross Holly Ave safely!

The Welcome Home Project in action today!! Loudoun Elks Lodge 2406 and Hogs and Heroes Foundation VA3 helping a Veteran. Thank you to the volunteers for making this a huge success for this family! The biggest compliment we received was from the birthday boy pictured telling us, “Now it feels like home.”

The start of the Columbus Day Parade.

More from the Columbus Day Parade

More from the parade!! Check all of the groups that support our veterans!! The Elks Welcome Home Project, USO Dulles, Hogs and Heroes, Mission BBQ, just to name a few. Thank you for all you do!!

What a great day for a parade!!! It was so awesome to see so many from the community come out to see it!! A great big thanks to all of the coordinators and volunteers for everything thing they did to make this event such a success!!

The Columbus Day Parade, hosted by Loudoun Elks 2406 and The Knights of Columbus, is getting ready to start!! I hope to see a lot of our friends and neighbors lining up along Sterling Blvd to watch!

Nigel helps give back at the USO at Dulles International Airport

Tomorrow morning Wednesday September 26th at 9am on Channel 9 the daily one hour program “Great Day Washington” will air the segment they filmed at the Dulles USO with the Sterling Elks Lodge 2406 (and little help from the Hogs and Heroes VA3 Chapter) as we performed our monthly supply restocking mission.

Just one of the ways Loudoun Elks Lodge 2406 supports the service men and women who serve our country.

The Loudoun Elks Lodge 2406 filled our freezer to capacity yesterday. Their generous donation is a prime example of how our community partners support our travelling service members. Thank you!

Loudoun Elks Lodge 2406 Americanism Committee Loudoun 5th - 8th graders are invited to participate in the 2018 essay contest. Submit a 250 word essay on the theme: "What Makes You Proud of America". Entry deadline: December 31, 2018.

Thank you to the wonderful people who help our Veterans; Hogs and Heroes Foundation, Loudoun Elks and so many others!

Lauren Loria, from our Young Marines Unit has been named Young Marine of the Year! Congratulations Lauren!

Loudoun Elks Lodge #2406 is proud to be a part of this community event. Please stop by and see us!


Other Sterling hotels (show all)

When visiting the Dulles region, count on the full-service comfort and convenient location of the Holiday Inn Dulles!

The services and amenities you know, now with a new name. HYATT house.

Stay with Us and Ride the Dulles Airport Shuttle