I purchased your balancing salt on Amazon... it's different than the one I bought in the store a while ago... did you change it? The packaging is the same?
Your website is not allowing me to order product.
Are your products sold in Fort
Collins CO?
Can you describe what is in the Muscle Comfort Spa Gift Set for $19.99?
Hello Soothing Touch. A word about your Rose Petal Body Lotion. So I am 68 and forever have looked for a lotion that actually worked. Never have found one, even going into the expensive department stores buying something I simply could not afford. My skin is extra dry, extra dry! Then I saw your Body Lotion at Lucky's Market here in Fort Collins a month ago. I decided to give it a try. It smells wonderful. Light and rich at the same time. For the first time, seriously, I have found a product that has changed my life. Thank you, Thank you, Thank you. I am so very pleased and happy to have found this product and I will forever use it. Now I am excited to try your other products. Thanks again!
I’ve just recently found your bath salts...I’ve tried (and LOVED) the cedar sage, the deep sleep blend with clove and sandalwood And ylang ylang and the sore muscle one with peppermint...I believe. OMG amazing. They make for a lovely relaxing bath but the smell is what gets me - and the price! I’m so glad that you have a page and that you have other products! Going to look around and see what else there is! Love your products! 💕💕💕
Congratulations to our distributor, The Spa Mart, for being a finalist for this honor...they are a brand-new business that just opened in May. We appreciate their support of Soothing Touch!
I was going to buy some of your products because I love your Lavender Coconut lip balm & it's only at one store that's not near me. I was shocked at the cost of shipping from your site. I tried for cheaper shipping or free shipping on Amazon but the fragrance flavor was not available there. It sucks to order a $2 lip balm & pay 7$ to ship. They weigh nothing & can eat go in a small bubble wrap mailer for super cheap. Most websites offer free or discounted shipping. I was going to try your bath salts & lotions but the shipping on that was even worse. I know those weigh more but still outrageous an amount for shipping. I wanted to try the vanilla chai & the coconut lime lip balms too but again the shipping was crazy for such light products. I'm so disappointed. I just can't see paying that much for shipping for a lip balm. I guess I'll just have to keep using my Burts Bees Vanilla lip balm that I love. I really like your lip balm but I'll just have to wait till I'm near a store that carries it.
Please reconsider the shipping fees you charge customers. Would also be nice to have money off your first order. This makes you want to try your products without paying full price for something you may not like. People are going to want to try things but not pay tons for something they may not like.

Thanks for letting me make my recommendations. I hope you Iisten to my feedback & consider them at least. You really have a great product & this is what people are looking for more & more these days because we want organic & natural. Your product like can really take off and be a hit. Just think of what will attract & keep customers. Most people know that organic & vegan cost more & they ok w/ that but not if you charge double the product cost for shipping. Your lip balm is actually cheaper the Burts Bees one I love but it's easier to find (but often sold out because so popular) but I don't pay shipping. I wouldn't pay for shipping on that brand either so it makes it better then yours.
Feel free to send me a message to FB messenger or email me [email protected]
Thanks again for a great product. Hope to hear from you soon.
Just bought your High Desert Sage body lotion. Huge kudos. My selfcare routine just got pumped up, the slide, glide, scent is fabulous, my skin feels amazing and for a longgggg time.
I LOVE IT AND WILL TRY ALL OTHER FRAGRANCES! gracias

Soothing Touch started in a garage in LA, CA in 1977. We had a few Ayurvedic oil formulas given to us by the Late Yogi Bhajan. The rest is now history as we are now into our 40th year.

Thank you! We are a family owned manufacturer of products for the massage, spa, beauty, home, natural foods, and health and beauty markets. We began very humbly in 1977 in Los Angeles, CA in a garage with a few Ayurvedic oil formulas from India, shared by the late teacher Yogi Bhajan. We now have expanded to offer over 200 items to customers around the world. All of our products are cruelty free and Made in the USA. We offer organic and non-organic products.

All products are made in our Santa Fe, New Mexico facility. We are now a certified organic manufacturer by the NMDA.

Hey, Soothing Touch fans! Want a chance to win one of our NEW luxurious Body Lotions???

Tell us: What is your favorite thing about the Soothing Touch Brand? What product would you like to see in 2020? Want want to hear from you!
.
.
.
.
Instructions:
1. Follow us on Facebook and Instagram.
2. Tell us your ideas for a chance to win a free luxurious Body Lotion!
3. Get an extra entry if you share this post on your page.
4. Get an extra extra entry if you tag 3 of your friends.

Did you know we have NEW CBD Products for pain relief? - https://mailchi.mp/soothingtouch/cbd-from-soothing-touch-for-pain-relief

We appreciate the lovely feedback on our brand NEW luscious body lotions! get yours today at SOOTHINGTOUCH.COM UNFI North Atlantic Showcase 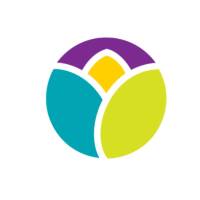 Shout out to The Spa Mart! We appreciate their support of Soothing Touch!

Soothing Touch began around 1977, in a small garage in Los Angeles, California. The late Yogi Bhajan (Founder) was a Kundalini Yoga teacher and master from India who had moved to the West to teach yoga, meditation, and healthy eating habits. His students were from all walks of life, and they were learning how to live the life of a householder and maintain their yogic lifestyle in an ashram / group environment. In their quest to find a way to support themselves, “Yogi Ji” provided them a collection of ancient Ayurvedic formulas for oil blends that had been used for centuries in India. He knew the value of a good oil blend for the body and the coming need and popularity of the massage and holistic markets in the US.

So began the business of Soothing Touch, very simply, with hopes that enough money could be generated to live on. Little did they know that the business would not only provide a small but steady income for a group of young, eager, starry-eyed yoga students but also one day provide over 200 natural, high quality massage and spa products for therapists and customers around the world.

Soothing Touch continued to grow and prosper. They moved to Eugene, Oregon and expanded their product offering to include Ayurvedic creams and lotions, topical pain relief gels, body butters, then organic sugar and salt scrubs. The scrubs quickly grew to become some of the fastest selling items of their category in the US natural retail market.

Fast forward to December of 2006, Soothing Touch was sold to the current owners and the business was relocated to Santa Fe, New Mexico - the Land of Enchantment. A new production facility was established and offices built from the ground up. What was about to take place was the rebirthing of a long forgotten hidden jewel, Soothing Touch. Once the dust settled, the team was organized and we began the process of helping Soothing Touch realize its true potential.

In our first 6 years in Santa Fe, we have introduced many new items including Bath Salts, Organic Lip Balms, Versa Crème for Massage, Desert Blossom Collection, Narayan Balms, Basics Oil, Lotion and Cream Collection and more. We have put in place many new production procedures that include energy saving and resource sensitive practices. One which will conserve water and recycle over 300,000 gallons per year! We have also updated equipment to more energy conscious and efficient models. We have recently become a Certified Organic Manufacturing Facility by the NMDA. We now produce both conventional and organic products.

As we continue to grow, we look forward to the many challenges and opportunities ahead. We are working on some very innovative products, more “green” production practices, and reaching an even larger audience around the US and the world. As a family-run business, we work together as a team, value good customer service, have some fun and understand the importance of creating a high quality product at an affordable price.