The Oasis Theatre Company
1114 Hickox, #A 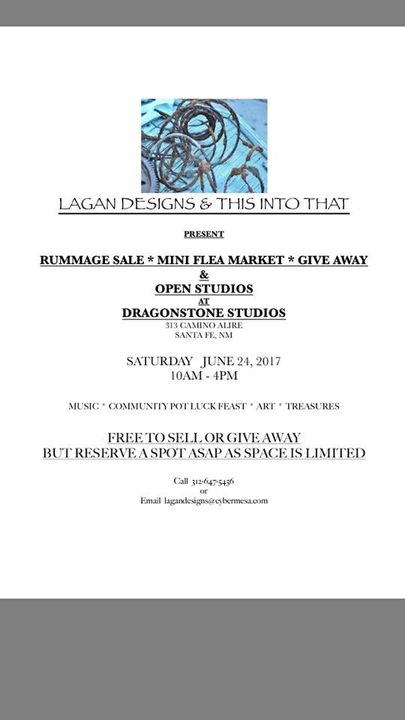 We are proud to present this kick-starter to our Dragonstone family from artist Danny Hart. Be sure not miss out on this ground breaking project! Thank you for supporting local art.

AMMALIGHT: Alluring, Affordable, Illuminating Laser cut wood veener lighting that will be a conversation piece in every space.

We had a great time for our first Dragonstone sketch party. More to come this summer. Setting up for the first ever Artist's Open House

Dragonstone Studios will soon be a center for the Santa Fe arts community with special events, openings, classes and more. Please join the artists on December 5th for tasty refreshments and live music by the popular local band American Jem.

Other Arts & Entertainment in Santa Fe (show all)

www.OracleofInitiation.com The Oracle of Initiation divination deck is an experienced guide through the shadowy & shape-shifting landscape of spiritual awakening. None of the images have been retouched in any way. http://www.oracleofinitiation.com/

Your source for authentic travel stories about the heartbeat of New Mexico. Posts, comments, and pictures may be published in the magazine.

I create art by altering and manipulating photos I take of staged assemblages of objects, people and

Promoting Santa Fe's Nightlife, Art, Culture, Current Issues and everything fun to do in Santa Fe. Feel free to post your event or business.

I walk, I bike, I drive, all the while looking around me, feeling the breeze, the heat, the sun, the cold, then I go home and paint.

Madara Uchiha is a character from the manga and anime Naruto. He became the leader of the Uchiha Clan, he was the older brother of Izuna Uchiha as in turn he was the reincarnation of Indra otsutsuki, it could be said that he is the strongest Uchiha

Kawaki (カワキ) is a fictional character from Ukyo Kodachi manga Boruto: Naruto Next Generations. Initially appearing in the flashforward in the series' debut, Kawaki is a young man who would become of the series leader organization Kara