We are working to bring books to the students and teachers in northern Uganda. Vision: Our purpose is to raise funds in the U.S. to purchase Ugandan State curriculum in Kampala, Uganda.

This curriculum is chosen by teachers at various schools in Northern Uganda, which are extremely poor and in dire need of textbooks. Once the teachers have selected $500.00 American dollars worth of textbooks, these books are boxed up and sent by bus up to their remote locations to our contact people, who will distribute the books to the school. These top of the line books should help improve test scores.

Turn the Page Uganda Needs Your Help! - Visit Turnthepageuganda.org
Help us reach the 40 plus schools on our wait list. They are desperate to receive textbooks. 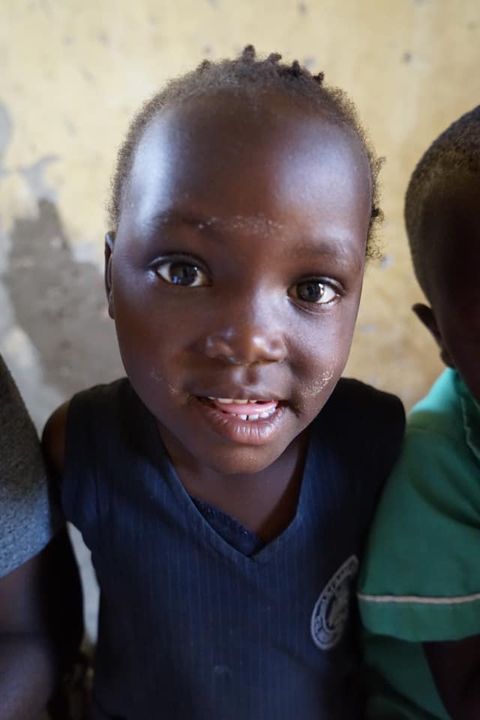 Join in our end of the year fundraising drive. Every little bit helps. Together we can help students receive brand new schoolbooks. What a real gift!

Turn the Page Uganda Helps Its 110th School! - *|http://www.turnthepageuganda.org/|*
Join us in our year end campaign to raise $20.000 to help support our next group of schools in rural Uganda. Every child deserves an education! "Education is the most powerful weapon which you can use to change the world." Nelson Mandela

Here is an article about the region we donate books to, from USA Today. I found it very accurate and sad. Vicky

BIDI BIDI REFUGEE SETTLEMENT, Uganda — There are more than 700,000 refugees from South Sudan just across the border in northern Uganda. After an aid worker announces that I’m an American journalist here to hear their stories, a line forms, and woman after woman tells me about seeing her husband decapitated or shot dead in front of her.

It’s almost like I’m hearing confession, though theirs aren’t the relevant sins.

They had no choice but to run, these widows want me to know. “My husband fell down trying to leave,’’ after being shot by the government soldiers who’d surrounded their home, says 26-year-old Halima Muzammil, who fled Kajo-Keji with only her clothes and her children. “He died, and I don’t even know where they buried him.’’

South Sudan is a country on the brink of genocide, according to a new warning — its direst yet — from the United Nations. How many more people have to die before we decide to intervene? More, apparently, though UN officials told us that over 50,000 South Sudanese arrived here in January alone.

Among those at Bidi Bidi might be the most forlorn boy I’ve ever met, 16-year-old Moses Amule, who never looks up as he speaks of watching from a hiding place while his father was slaughtered. “We ran to the bush, but my father went back to get some food,” he says, chewing a stick as he talks, and rolling and unrolling the cuffs of his jeans. For three weeks, he and his mother and younger brother stayed in the bush near their home in Lainya County, but then she got sick and died, too, “and we decided to come to the refugee camp. Someone said, ‘Follow these people.’"

Twenty-two-year-old Emanuel Yok was already in Uganda, studying history and economics, when his mother and father, a policeman in Yei, disappeared. He still doesn’t know what happened to them. Until last fall, their city was one of the most peaceful in South Sudan, but there are no safe havens now, and Human Rights Watch has reported that atrocities there even include such horrors as hacking to death a mother and her 4-year-old daughter and throwing their remains in a river.

To be or not to be a first lady: Melinda Henneberger

We're at war, but let's talk about s*x: Glenn Reynolds

This young refugee gives as good an account as any of the reasons that the youngest nation on Earth, which won its independence from Sudan just six years ago under a peace agreement the United States helped broker, is melting down in front of our eyes — or maybe, since we prefer to avert them, safely out of sight.

“I would attribute it to poor governance — there’s tribalism in South Sudan — and the leaders’ lack of political realism,” Yok says. “There’s an economic crisis, no one to handle it, and no discipline in the army.”

The UN report issued this week, after a seven-month inquiry by the United Nations High Commissioner for Refugees, cites ethnic cleansing, mass r**e and deliberate starvation in a country where a famine was declared last month, and displaced farmers can’t plant their crops.

Some even here argue that it isn’t a genocide because the violence is multi-directional — with attacks mounted by multiple tribes and fighter groups. But a Ugandan official tells me that there’s another reason we can’t use that word: If we did, that would mean we had learned nothing from the 1994 genocide in Rwanda, where the Hutu killed some 800,000 Tutsi, hacking many of their former neighbors to death with machetes, in the span of three bloody months.

As in Rwanda, South Sudanese are fleeing to churches where they hope they’ll be protected. And just as in Rwanda, they are not safe there, either. In an interview in Kampala, Bishop Eduardo Kussala, of formerly peaceful Yambio, tells me that 7 of his 22 parishes have become refuges for thousands — and in some places, tens of thousands. Father Jacinto Nangi, a priest from the village of Ezo, shows me pictures of those who have been camping near his church.

One shows a woman whose surgical bandages were ripped off by a group of marauding “arrow boys” during an attack on the parish in November, and another shows the two naked girls who were briefly kidnapped in the raid, though they were able to escape when the shooting started. A third shows the dead body of one of their attackers, says Father Nangi, who according to his bishop was threatened that night that if he didn’t get out of their way, “we’re going to nail you on that tree like Jesus.”

POLICING THE USA: A look at race, justice, media

Like the abused who becomes the abuser, South Sudan’s so-called leaders now copy the tactics of their former Sudanese oppressors. Salva Kiir, the country’s cowboy president, whose troops now r**e and kill, still proudly wears the cowboy hat that was a gift from George W. Bush, who worked intensely on the Sudan peace process.

Kiir has said he looks forward to working with his new friend, Donald Trump. If there’s to be any hope of saving the South Sudanese people from those who are running what’s left of their country, the new U.S. president will have to be more engaged than Barack Obama, who said all the right words about genocide but waited until it was too late to even push for an arms embargo.

Many of the rest of us also have said more than once that we’d never stand by and let this happen again, yet we are. “The world is busy with itself,” says Bishop Kussala. But that is no excuse.

Melinda Henneberger, a member of USA TODAY's Board of Contributors, is an editorial writer and a columnist for the Kansas City Star. She was one of two journalists on a trip sponsored by the Sudan Relief Fund. Follow her on Twitter: @MelindaKCMO

Friendship Across the Miles...

This event has been cancelled for now due to the major flooding in Montecito. We will try to reschedule it later this year.

Thank you members of the Free Methodist Church for supporting Turn the Page Uganda today at the Mission Marketplace. We earned just about enough to support another school with textbooks!

My nephew went along to assist in book deliveries in Arua and Lira. Lots of new experiences!

In our travels to Northern Uganda, we were given permission to visit Rhino Camp by the Office of the Prime Minister. Refugees ( 80% women & children) are given land to build their makeshift homes, safety, freedom of movement, and the ability to make a living by whatever legal means they can. The only right they do not have is the right to vote. I don't share this to make any political statement about our country, but it did get me wondering...what would we do in California, if 90,000 people swarmed in to escape war and famine? I saw a number of agencies working there: the UNCHR (United Nations Commission for Human Rights), Red Cross, UNICEF, Save the Children, Samaritan's Purse, and WFP (World Food Program). Refugees are given a basic hot meal 3 times a day, maize, sorghum, salt, & oil. In a month WFP delivers 17,000 metric tons of food to Uganda! A truck can deliver 32 metric tons. That's a lot of food being delivered monthly. I saw schools that suddenly needed to include lots of traumatized kids, clinics admitting pregnant women for hopefully well baby checks, and others checking on the health of children. There was an amazing amount of coordination going on to meet their medical needs. It warmed my heart to see how many people were going the extra mile to help complete strangers. It's yet one more reason the people in this region need our help to receive an education and climb out of their poverty. Consider a donation to TURN THE PAGE UGANDA, or any of the other organizations I mentioned. Life really is a struggle there.

After completing the delivery to our 86th school, Nick and I explored the amazing Murchison Falls! Absolutely breathtaking!

Other Book Stores in Santa Barbara (show all)

Helping children grow! We offer a variety of educational supplies, from the classroom to home. Come

Nestled between the mountains and the ocean, the University of California at Santa Barbara is widely accepted as one of the most beautifully situated educational institutions in th...

In addition to Rare and Fine Used Books we have a large selection of Art Books, Vintage Posters, Illustration Art and all things Santa Barbara

Mesa Bookstore opened 25 years ago. We learned from you, we grew with you. It's the kind of place you used to be able start in SB. Now unique.

The Great Books include the classical works from the Western Canon and World Culture.

We believe in the power of story to create inclusive and diverse communities! Let us help you with a