Simplicity made real. Only 3 components make the most revolutionary, ballasted solar mounting system. Easy to install. Costs as low as $0.105 / watt.

Rack 10 Solar is proud to announce the completion of its second high profile project in our nations capital. The project, owned and operated by Nextility, consists of a single closed loop solar domestic hot water heating system with 74 solar collectors along with a 92 kWp solar PV energy system.

The solar energy system at Van Ness St. in Washington, DC will be the largest of its kind on a multifamily dwelling in the District, according to Harry Richter, the building’s general manager. And it won’t cost the condo owners a dime.

To maximize DC production on the crowded rooftop, Nextility choose a 10 degree tilt pv angle with an aggressive 13" inter-row spacing. Rack 10 Solar was able to manufacture and supply their Shark Series ballasted racking system with a shortened inter-row spacing in less than 4 weeks.

Rack 10 Solar offers American Made PV racking products as low as $0.10/w, and is proud to be a part of the clean energy movement that is supplying jobs and clean energy to our nations capital.

Rack10 Solar, LLC is featured in Solar Industry Magazine's 2015 buyer's guide which was just released for April. Be sure to take a look: www.solarindustrymag.com
www.rack10solar.com 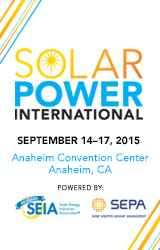 Rack10 Solar Completes Phase 1 on a 1.5MW Federal Solar Project at the U.S.D.A. in Beltsville, MD.

nacleanenergy.com The installer, Amber Enterprises, is a 8(a) certified contractor who develops federal solar projects on the East Coast. The PV panels are Solarworld 315w, inverters are provided by Nextronex Energy Systems, and the engineering firm is Princeton Engineering and Solar.

Other Round Hill government services (show all) The community newsletter for the town of Round Hill, Virginia. The official page of the Town of Round Hill, Virginia, in western Loudoun County.