Being something of an artist myself, I love seeing the beautiful displays here! I can’t imagine how long it must’ve taken to draw and paint all these gorgeous works of art and you all have my upmost respect. I noticed that this group dabbled in both art and film and seeing as how they can be unanimous, I wanted to recommend a film I recently discovered called “Ruby in Paradise”. It is a film originally released in 1993 but is being re-released in HD for modern audiences on varying streaming services like Amazon on February 16th! It stars Ashley Judd from the Divergent series in her first ever role and the color palette of this film and aesthetic are some that I felt would coincide beautifully with your collage! It received amazing reviews from its initial release, and I wanted to recommend it and the short trailer for anyone interested!

IFFR director, Vanja Kaluđerčić, discusses how to ensure the arts flourish in global culture.
Read what film critic Leslie Combemale, from ArtInsights Gallery of Film and Contemporary Art has written about The Passion of Joan of Arc - Voices of Light http://bit.ly/2rVHMHw See it on 11/23 - Tickets: http://bit.ly/2p30coN
Thank you to Dr. Whitman's awesome friend, Leslie, of ArtInsights Gallery of Film and Contemporary Art for this exquisite custom framed gift hanging in our office. This image truly doesn't do justice to the magic and beauty of the painting. Visit her amazing store at Reston Town Center!
Are you still updating the website with the William Silvers art? (I saw the Twitter preview and have been checking in on the website to see if the Fantasia Mickey art would be posted...) Thanks!

We love animation, film, and contemporary art, and we specialize in proprietary projects with contemporary artists, and original and limited edition OFFICIAL art from all the major film studios--we have exclusive art from Star Wars, Harry Potter, and all the Disney features. We also interview artists and filmmakers about their art and craft and their careers, to both inspire and promote those who

are dedicated to a life in art--whatever form it may take. As Cinema Siren, we especially focus on women and diversity in film, but we also love superheroes and blockbusters (when they're good or fun or both!) Check out our interviews and ask us about art commissions. Many of the pieces we create for our collectors go on to be sell-out limited edition images!

Happy Holidays from ArtInsights! Our holiday hours are: CLOSED through the 28th, OPEN the 29th and 30th 10am-5pm, OPEN the 31st 10am-2pm, CLOSED Jan 1st through 3rd, REOPENING Jan 4th with regular hours.

Have a safe and happy New Year's Eve and hope to find you lots of great art in 2022!

Attention Disney holiday lovers! We have two brand new, never used RARE sold out Disney Traditions Jim Shore holiday ornaments sets for sale. One each only available of these:
-9 piece Snow White and the Seven Dwarfs
and
-5 piece Cinderella
Each are $250. Contact the gallery to snap them up! (More pics in the comments) Dallas, TX (November 10, 2021) - Andrea Alvin of the John Alvin Art Estate has filed a lawsuit against Heritage Auctions and Dan Herman of the American comic and art book publishing company Hermes Press seeking the return of an original painting created for the production of the 1982 film Blade Runner. The plaintiffs allege the art was illegally removed by an undetermined employee at Warner Brothers and sold without permission, authority, or approval from John Alvin, the rightful owner, to illustration art dealer Mitch Itkowitz, who then sold it to Dan Herman. Mr. Herman then consigned it for sale to Heritage Auctions. Plaintiff Andrea Alvin further asserts that without the confirmation of the Alvin Estate of legal sale or transfer, there is no official provenance, and none of these parties should have continued with the sale of the art.

In the lawsuit, it is explained that Warner Brothers was supposed to return all artwork to Intralink, the company that had hired John Alvin for the campaign, and Intralink in turn was to return all art to John Alvin. According to Ms. Alvin, Warner Brothers did not return the Blade Runner art after repeated requests to do so, and indeed said they could not find it. Ms. Alvin says she and her husband had been searching for Blade Runner art ever since. In a statement issued by the Alvin Estate, Ms. Alvin said, “We’ve been looking for this artwork for years. When I looked at Heritage Auction, I saw it was originally obtained from a WB employee. I knew then that there was no Warner Bros. employee that had the right to sell it, because it should have been returned to John in 1982 when he did it. John is not with us anymore, and it’s so important to the family that this art, which is such a major milestone in John’s career and so important to his legacy, be back where it belongs, in his estate. We also want this practice to stop, not just in John’s name, but in the name of all the artists and creatives out there who seem to have to fight just to get what is rightfully theirs.”

The art has been pulled from an upcoming Heritage auction. Heritage has agreed to keep custody of the art until the resolution of the lawsuit. Andrea Alvin and the Alvin Estate seek return of the art, payment of legal fees, and $100,000 in damages from the defendants.

You can read the attached petition. The original lawsuit was filed in Texas state court. Herman last week moved the case to the federal court located in Dallas. For questions regarding the lawsuit, contact Ariadne Montare, Montare Law LLC, at 845-218-8080 or Patrick Yarborough, Ahmad Zavitsanos Anaipakos Messing and Alavi at 713-655-1101.

“Creating the promise of a great experience” is how John Alvin described his career as the preeminent designer and illustrator of cinema art in the entertainment industry. In a business where you are only as good as your last job, Alvin was prolific. He designed and illustrated some of the world’s most widely recognizable movie art.

Of the more than 200 film campaigns he created, ‘E.T.: The Extra-Terrestrial’ was one of the most satisfying to Alvin, and appropriately so, as the movie is one of the most successful in cinema history. In addition to receiving the Hollywood Reporter Key Art Awards’ grand prize, Alvin’s E.T. was the only movie art ever to be honored with the Saturn Award from The Academy of Science Fiction, Horror and Fantasy Films. An image from his campaign for E.T. sold at auction for the record price of nearly $400,000, and other of his full color originals have sold privately for upwards of a million dollars.

He is also responsible for the key art for Ridley Scott’s Blade Runner, an iconic poster that represents a film named by many as the best sci fi film of all time, including in Empire Magazine, and by a Guardian poll of scientists. Alvin produced many special works for Lucasfilm Ltd.’s Star Wars phenomenon. Additionally, The Smithsonian Museum in Washington D.C., exhibited Alvin’s ‘The Phantom of the Paradise’ as one of the best posters of the 20th Century.

The ability to infuse art with feeling was one reason Disney wanted Alvin for The Lion King and the “adult campaigns” for many Disney animated classics. “His work inspires us,” said the Disney marketing execs. “Alvin brought emotion into his artwork that can only be captured in an illustration. We call it ‘Alvin-izing’.” The artist acquired a full array of artist’s skills and techniques as a student of the distinguished Art Center College of Design in Los Angeles. Soon thereafter, in 1974, he got his chance to put his love of entertainment art and his artist training to work by creating the campaign art for Mel Brook’s ‘Blazing Saddles’. Alvin passed away at the top of his game, and too young, but left behind an increasing number of admirers and collectors who look back on his substantial body of work and celebrate the many indelible classics of cinema art he created in his lifetime.

Hello, Peanuts fans! Here is a wonderful cel of Snoopy as the World War 1 Flying Ace from the late 60s/early 70s. A one of a kind production cel. Snap it up if you're a fan, because this is very rare!

All about Snow White: From the Brothers Grimm to Disney Live Action - Artinsights Film Art Gallery

Some things you may not know about Snow White, like the differences between the Grimm and 1937 Disney version, and how Cab Calloway is connected to the tale, on our new gallery blog: https://artinsights.com/all-about-snow-white-from-the-brothers-grimm-to-disney-live-action/

All about Snow White: From the Brothers Grimm to Disney Live Action - Artinsights Film Art Gallery Disney's Snow White live action movie has their princess! We look at the upcoming film, talk about Snow White through history and show art!

We have this gorgeous framed international poster for Nightmare Before Christmas. It’s 40 1/2 x 56 inches and $1295. If interested, email us: artinsights at gmail dot com.

We don’t want to ship this big, dramatic celebration of the Pumpkin King, so DC area folks only!

Looking for the perfect art for Father’s Day? You can find lots of choices in our special collection, from Marvel to Disney to Star Wars and more!

You can check out all the options and buy online, or stop by! Our hours this weekend are 10-5 on Friday and Saturday, but we’ll be closed on Sunday for a special event, so don’t wait! 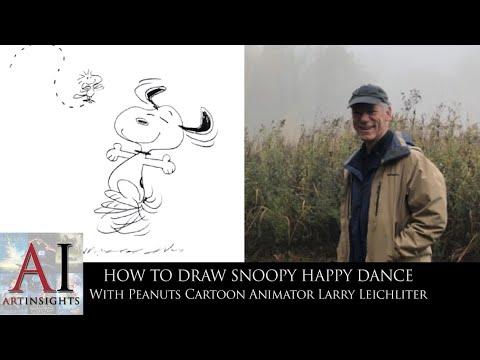 So you want to draw Snoopy doing the happy dance? Of course you do. The mere brushstrokes will bring you joy. Good thing Larry Leichliter made a video for us as part of our It's Magic, Charlie Brown Peanuts art event! If you use him as a guide and draw Snoopy, post it here! We'd love to see it. :)

Now through May 12th, you get a dedicated and signed drawing with a purchase of Peanuts art during our It's Magic, Charlie Brown anniversary show. Do you want a Snoopy and Woodstock happy dance, Charlie Brown and Snoopy together, or Lucy with Snoopy giving her a big dog smooch? Check out all the art available with the link in the comments.

dedicated-signed-drawings-for-peanuts-art-purchases-through-may-12th With a purchase of Peanuts art from ArtInsights between now and May 12th, you get an original, dedicated Peanuts drawing.

Our show starts today, the 40th anniversary of the premiere of It's Magic Charlie Brown, (April 28th, 1981)

Check out all the info about this virtual show, which will include an interview we are conducting today with animator and Emmy winning director Larry Leichliter we'll post ASAP, some rare and wonderful art, a free hand-dedicated drawing for those who buy during our show, and a cool 'how to draw Snoopy doing the happy dance' tutorial we'll post soon as well.

The new limited edition will go live on our website at 7pm tonight.

Check it out and check out all the great vintage art!


Other Boutique Stores in Reston (show all)