Hey Dan! Are you able to replace an iPad Mini screen? If so can you PM me cost, and if not, can you point me in the most affordable direction? :) Thanks!! Laura
Dan,

I've tried contacting you by phone, but can't get through. Can you have a look at my laptop? The Word Starter you installed doesn't work. It also takes a year and a day for my homepage to open. Please contact me when you can.
I blew out the secondary vid output on my NVIDA GeForce Go 7300. Have you got a replacement or an upgrade?

and my "a" key is busted from too much call of Duty (pottymouth and all) and wonder if it can be fixed without replacing the whole keyboard next time we visit.

I'm also looking for a Windows 98 and Windows 95 OS disks to try and recover a couple of old towers.. they still have cool games on them.
Hey Dan ~ I'm the first of your 2nd 100 "likes"...how about that?
Thanks to the knowledge i have received from Dan at Vulcan Computer Repair, I was able to fix my own computer when it was infected with a major virus, thanks Vulcan Computer Repair
We bought a laptop with windows 8, it took a little to get used to but I think it will be alright.
Dan- how do I make my word doc bigger on the screen on my Mac so I can actually see what I'm typing?
Help!!!
dan at vulcan computer repair really knows his stuff, thanks to dan, i got an amazing computer named bob going for a low price, "thakyou"
How can I NOT like this?
Dan is always on the ball and when I need something with my Laptop, My daughter's laptop or my home computer he is great!!!!! Use him you want be sorry. He is going to upgrade and clean out our home computer this week! Yeah! Faster Faster...haha Thanks Dan!
I have to write this review for Vulcan as we are huge believers in what Dan and Vulcan do. This is Frank Bowdoin and we at The Reading Warehouse have been using Dan & Vulcan's services for at least 3-4 years now. Many of you know us and we have on staff Programmers but not in house IT guys. Every time we have called them they have been able to help and fix the problems quickly. In the last year we have had one computer completely fail and Dan was able to restore all the info so we lost nothing as he fixed the problem. I myself had my own computer crash and he was able to restore all my info and what ever he did my computer is now way faster than it was before. We are really good at selling books but not fixing computers or working on networks so if you have a Medium to small business or just you and your home computer and you run into a problem and want some one you can trust to fix and fix it right you need to call Dan. If your like us, Security is a must and with over 2 million customers notionwide it is one of the most important things we do everyday. Dan is the most trustworthy guy and company you could ever have come into your home or work and you can rest assured that it will be fixed and fixed right without ever compromising any data you may have. I promise you will not be disappointed if you use him and I hope you never have to, but if and when you need someone I say call him. We do for all our needs and he has made us believers every single time he has helped us. Sincerely Frank Bowdoin, Director of Sales for The Reading Warehouse.

My name is Dan Strobl and I am the Computer Specialist and Teacher for Vulcan Computer Repair. I have years of experience fixing laptops, PCs and Macs. 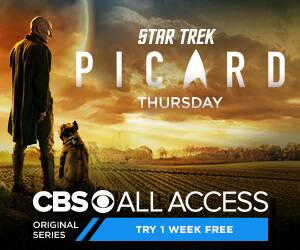 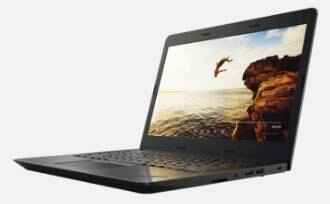 You'll love 10, especially if you were stuck with windows 8 :)

We are deeply saddened to report the passing of the legendary Leonard Nimoy. He died this morning at the age of 83 in the comfort of his home in Los Angeles. Nimoy succumbed to the end stages of COPD (Chronic Obstructive Pulmonary Disease) http://bit.ly/RememberingNimoy

All I want for Christmas... 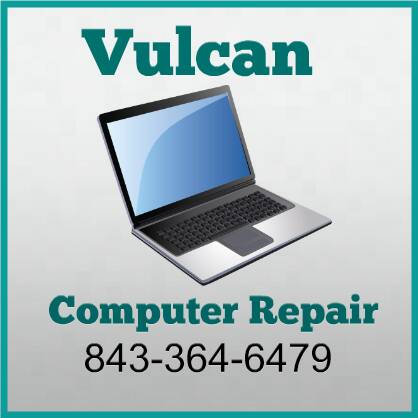 Who out there loves their iPad???

Deal of the week: iPad 2 32GB for $349. Call me if you are interested, only have one. Has wifi and optional verizon card that you can add to a family plan to share your data for no extra charge!

Deal of the week: iPad 2 32GB for $349. Call me if you are interested, only have one. Has wifi and optional verizon card that you can add to a family plan to share your data for no extra charge! 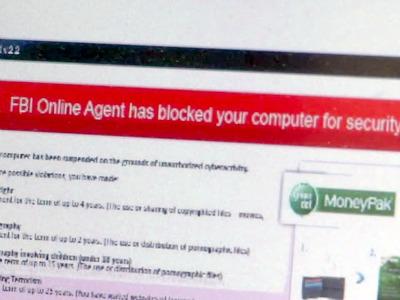 It's always good to learn about new SaaS products being offered. We used google's web security for a while. Maybe I'll see Brian Calhoun, Brandon Thomas, or Steve Lancaster in there... They better not win that iPad, it's MINE! 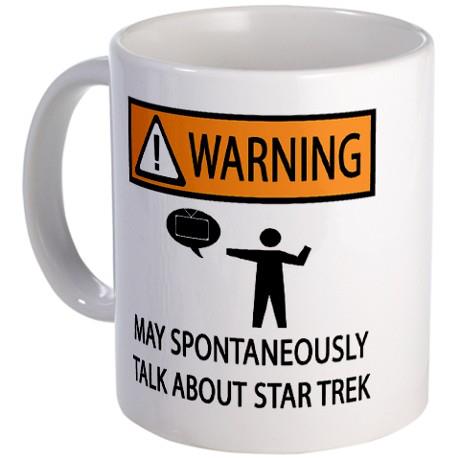 Only true Trekkies know what this means!

Today only!! Great deal on a Laser Printer, only $50! Save $$ by ditching that inkjet. 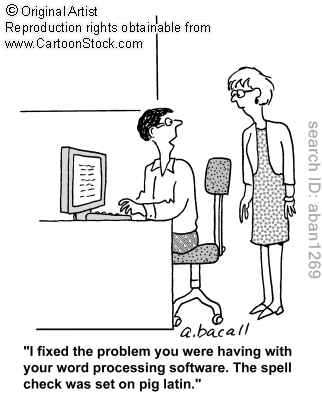 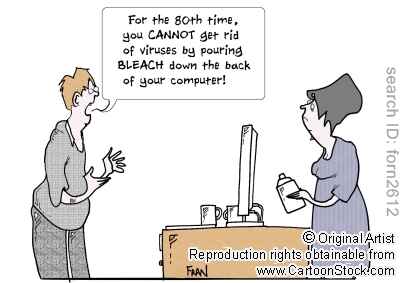 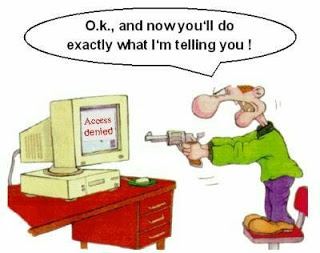 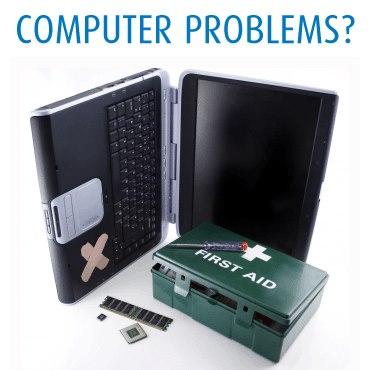 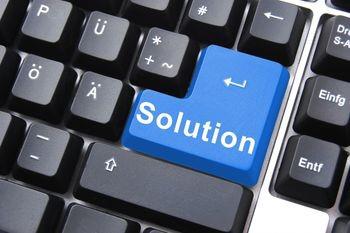 Got a computer problem? We've got the solution! 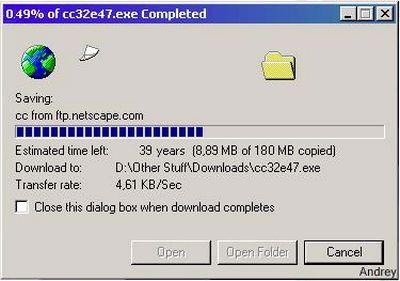 Is your computer running slow....we can help. 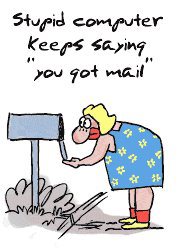 Part of the inhumanity of the computer is that, once it is competently programmed and working smoothly, it is completely honest.
Isaac Asimov (1920 - 1992) 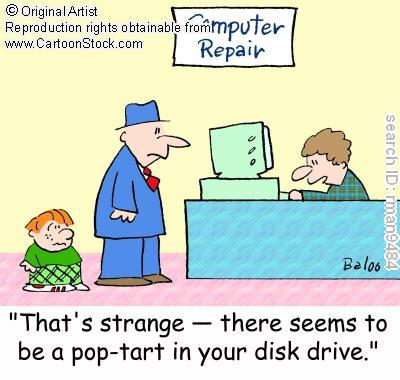 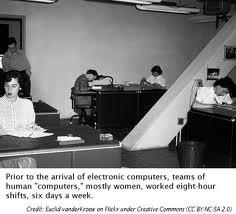 Something you might not have known:
The word "computer" was first recorded as being used in 1613 and was originally was used to describe a person who performed calculations or computations. The definition of a computer remained the same until the end of the 19th century when it began referring to a machine that performed calculations.

A computer virus is a computer program that can replicate itself and spread from one computer to another. The term "virus" is also commonly, but erroneously, used to refer to other types of malware, including but not limited to adware and spyware programs that do not have a reproductive ability. 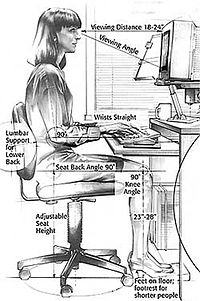 Other Computer Companies in North Charleston (show all)

The Great Reopening: Is Your Business Ready? Tune Your Network Infrastructure for The Roaring 20’s

Computer and Networking Services for Personal and Small Business

1 Stop Repairs is dedicated to the electronic repairs of cell phones, laptops, computers, and game consoles. Its conveniently located off Dorchester Rd.

Compuzone - North Charleston is a locally-owned and operated business that specializes in custom built PCs, repairs, upgrades, and more!