Looking for something meaningful to do with your summer? Omar Vaid, a progressive running for Congress is looking for volunteers and interns to help us win back the seat from the GOP and stick up for immigrants, students, and union labor. If interested, send me a message!
Looking for a summer internship? North Shore Strategies is currently hiring campaign interns. PM if interested in more information or the application process
Hey, Wagner College Democrats: In only 33 days, New York City will go to the polls for its first Mayoral Election since Trump was elected last November.

This is our first chance to send a strong message that the Greatest City in the World rejects the Trump agenda and stands for the priciples and leadership of strong progressives like Mayor Bill de Blasio.

To run the most successful campaign possible, we need dozens of energetic young Staten Island Democrats to join our grassroots volunteer effort -- by knocking on doors, making phone calls, and helping us connect with Staten Island voters every single day from now til Election Day!

Sign up to volunteer with us and help take a stand for Democratic values:

This is the official page of the Wagner College Democrats!

Listen to the Bidens’ Summer Playlist

VP Biden aka America's Cool Uncle has an amazing soundtrack to summer!
https://medium.com/@VPOTUS/listen-to-the-bidens-summer-playlist-90bf713e2f96#.9webrkrv6

Listen to the Bidens’ Summer Playlist Browse the full playlists here and listen to many of the tracks on White House Spotify.

Team USA is in the building! #OpeningCeremony

The First Republican Member of Congress to Back Hillary Clinton

The First Republican Member of Congress to Back Hillary Clinton Richard Hanna said Trump is "unfit to serve our party and cannot lead this country."

Trump Brings Us To Tonight's WERD

For This Republican, Never Trump Means “I’m With Her”

For This Republican, Never Trump Means “I’m With Her” Loyalty to party can never trump loyalty to country.

Find out which candidate Homer supports by watching this! #HomerswithHer
https://www.facebook.com/RollingStone/posts/10153682829700779

The Path to Prosperity Is Blue

Blue States have a better quality of life. Be thankful, the alternative is worse.
http://www.nytimes.com/2016/07/31/opinion/campaign-stops/the-path-to-prosperity-is-blue.html?smid=fb-nytopinion&smtyp=cur

The Path to Prosperity Is Blue States dominated by Democrats are generally better for your well-being. 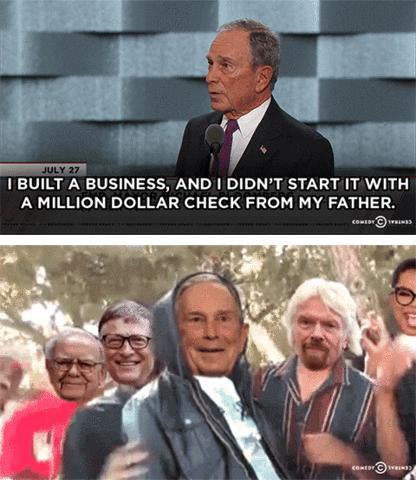 Hillary Clinton vs. Donald Trump: The Inevitable vs. The Unthi...

"Tonight, we've reached a milestone in our nation's march toward a more perfect union: the first time that a major party has nominated a woman for president. Standing here as my mother's daughter, and my daughter's mother, I'm so happy this day has come. Happy for grandmothers and little girls and everyone in between. Happy for boys and men because when any barrier falls in America, it clears the way for everyone. When there are no ceilings, the sky's the limit. So let's keep going...until every one of the 161 million women and girls across America has the opportunity she deserves to have. Because even more important than the history we make tonight, is the history we will write together in the years ahead." —Hillary

Hillary Clinton on Making History: "When There Are No Ceilings...

Carole King sings 'You've Got a Friend' at DNC

To: President Obama
From: All of us

Meryl Streep: Hillary Clinton Will Be Our 1st Woman President

Mothers of the Movement

We match great people with great jobs for drivers. Our service is entirely free. We only make money when you make money. We have jobs in over 225 cities.

Home Improvement Specialists for all jobs, big and small. Free consultations, reasonable rates and professional service from start to finish.

Brakes, L**e Service, Body Repair, and Mechanics all under ONE roof.

SALE NEW TIRES AND RIMS WE ALSO REPAIR PLUG AND PATCH , WE DO WHEEL BALANCING