30 minute Dynamic Body Weight Workout. This will be exciting and fun to do with Inner City Kids in New York with Armory Track and Support the Armory Foundation

Please share and spread the word New York City. It is free to participate.

My passion is to help kids on all levels to stay fit while they stay at home. These kids still need to have some fun and playtime in these hard times.

Children in grades 2-8 who live or go to school in Washington Heights, Inwood, or Harlem in New York City are eligible to participate in the CityTrack and Little Feet programs.

#SelfCareSaturday strives to connect young women and gender non-conforming youth to resources that support their overall well-being. It is an opportunity for youth attendees to refill their own Social and Emotional cups, among a community of like minded peers. We’ll have panel discussions on effective/low-cost self-management, trap yoga and other fitness sessions; interactive workshops with our partner organizations, licensed mental health professionals, live DJ’s, creative stations, games, light refreshments and cool swag.

The day is all about empowering our community of young people to explore different avenues and take advantage of available resources to discover new ways to be fulfilled, find their joy and be inspired. Attendees have autonomy to select which workshops, activities or activations they wish to attend.

The Armory has had a special place in New York City for over 100 years. Built originally to house local units of the state’s volunteer militia and later the National Guard, The Armory later became the hub for the City’s track and field enthusiast. The building was repurposed in the early 1980s as a homeless shelter, and for ten years its famed track became lost behind painted black windows and under 1,800 beds. Today, with the help of private contributions like yours, the spirit of The Armory as a place competition and fellowship has been restored. Now recognized as one of the fastest tracks in the world, The Armory is creating a new history and making possible stories like Alan Webb’s sub-four-minute-mile, the first ever by a high schooler, run at The Armory on January 20, 2001.

A great night for Family and Friends to get together and celebrate the Armory Foundation's College Prep program.

I wanted to take this time to update you on two students that we've spent a lot of time with this year: Strymar and Danielle. They're both students with big hearts, students that do what they're supposed to do.

Strymar will be graduating for Christopher Columbus HS, which will close its doors after this year. His school hadn't updated their NCAA list of approved courses for some time, this meant that almost 50% of the classes on his transcript wouldn't count. Adding to his woes, he was tested and diagnosed with a learning disability; explaining why he was having difficulty with the standardized tests. As if that wasn't enough, there was the limited time in which we were able to petition the NCAA and higher education institutions to not only take him on, but to expedite the process. What's usually done in the rare case like this, is that the student repeats another year, or attends a prep school. In several long months, the seemingly impossible has happened. Strymar will be attending Mississippi State on a full athletic scholarship. Instead of sitting out another year or attending prep school, he'll take (and pass) two summer classes, and will be given another shot to take the ACT in the Fall!

Danielle will be graduating from Campus Magnet HS this summer. She's been been accepted to several schools, as she was one of the students that finished her applications in a timely fashion. Unfortunately, her mother doesn't want her to go to college for reasons deemed selfish, and withheld her tax returns and necessary information for Danielle to file her FAFSA. Working with her school, who suggested that she gets emancipated for purposes of financial aid. And intensive letter writing campaign ensued to various schools, because if a student doesn't file a FAFSA, they're responsible for the ENTIRE COST OF SCHOOL. There were glimmers of hope with Cheney and SUNY Geneseo, who wanted to help this dynamic young lady, but there was just no way around it. The only thing left to do was to petition the court for help. Her coach, and long-time Armory Prep supported, with the support of staff, was able to get the necessary tax paperwork so that Danielle can apply for financial aid. That's huge hurdle to overcome, but unfortunately, financial aid is based on a first come first served basis. Because it's so late in the process, her award doesn't quite cover her need, but she's determined to go to college, and will start Cheney in the Fall.

These are just two examples of where it's necessary for us to go above and beyond what's needed to help our students, but that's why we have above 96% matriculation rate. Our job, unfortunately, isn't over just yet. We still have a few students in just as difficult predicaments, that need our support.

Thanks for allowing me to share with you the work this wonderful volunteers and staff (Rich, Natasha, Derrick, Sontaia, Janine and Paul) at Armory Prep are doing. 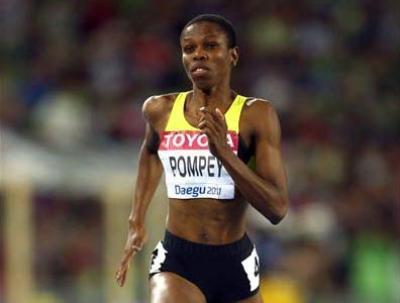 Sprinter Aliann Pompey is the 400 meter specialist training for her fourth appearance at the Summer Olympics, she's also heading up the Armory College Prep program at the New Balance Track and Field Center in Manhattan. 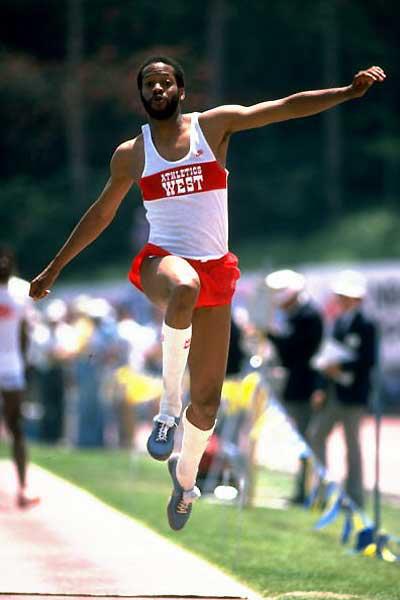 I am having a fundraising event for the Armory Foundation June 21st and would like for you to attend.

The Armory is one of the fastest indoor tracks in the world.

Serves New York City high school student athletes who need a helping hand to realize their full potential. Each year, more than 150 students receive the academic support, individual counseling and encouragement necessary to gain admission to college, along with the financial aid to pay for it. Over 95% of all Armory Prep students matriculate; many are the first in their families to go to college.

At Armory College Prep students apply the skills they acquire as athletes—discipline, dedication and hard work—to overcome the hurdles they face on the path to academic and social success, resulting in benefit to both themselves and their communities.

Take in the sounds of the New York City Marathon as you walk a miniature replica of the 26.2-mile course, interact by touch screen with Gail Devers and other Olympic champions, or savor one-of-a-kind sports memorabilia like Carl Lewis’ shoes from the Sydney Olympics. There is something for everyone at The National Track & Field Hall of Fame. Since opening in January 2004, thousands of school children have explored its more than15,000 square feet of track history. Students learn about the importance of exercise, proper diet and nutrition, teamwork and dedication from highly interactive exhibits featuring the lives, habits and actual voices of past and current champions.

The Armory Foundation is a nonprofit that runs the city's largest indoor track program for children and teens, reaching hundreds of thousands of
students annually. The foundation also operates the National Track & Field Hall of Fame in Washington Heights.

We connect you with restaurants, grocers, liquor stores, dry cleaners and laundromats. Your neighborhood. Delivered. http://www.delivery.com

At Your Palate
New York

Interesting articles and things of interest for At Your Palate

Culintro is a national restaurant organization. Members have access to the fastest growing job board, culinary internships & networking opportunities.

The leader in strategic recruiting for consumer brands.

Born in San Francisco in 2004, SubCulture Dining has gone through a series of evolutions and change. We've traveled from coast-to-coast, entertained, educated and raised questions about what it is to run an underground restaurant.

Restaurants of the upper west side of New York City. Or something like that...

The business of catering brings us into our clients most personal celebrations + happy moments. We @cuisinEtc are blessed to be able to share and enhance that experience for them. Our passion for catering and the joy it brings is what drives us.