The Charter High School for Law and Social Justice
1960 UNIVERSITY AVENUE, The Bronx

*Conveniently located by the A and 1 Trains*

We are excited to announce that NYSACDL is now 1000 members strong for 2020! Thank you to all our outstanding and dedicated members and to Marni F. Schlesinger of Apicella & Schlesinger - Attorneys at Law for joining as our 1,000 member!

We are all better together.

nysacdl.site-ym.com NYSACDL is celebrating reaching 1,000 members for 2020! Thank you to Marni F. Schlesinger of Apicella & Schlesinger for joining us as our milestone member!

In a Historic Victory, NY Legislature Repeals 50-A

innocenceproject.org Upon the Governor's signature, police misconduct in New York will no longer be hidden from the public.

We will never forget.

Highways get sponsored for maintenance, maybe potholes need sponsors too! Any bakeries out there want to join?

cnn.com Frank Sereno bought a cake and candle for the pothole that's been sitting in his street for three months. Within days, the city had it filled.

Please see this NY Daily News article about a recent case of excessive police force experienced by one of our clients. If you or anyone you know has been the victim of excessive force, call us at (212) 568-4245.

nydailynews.com Michael Holden, 39, of Queens, intends to sue for $2 million over his May 10, 2017, arrest after a heated confrontation with police who’d pulled him over for speeding, refused to cut him some slack because he had an NYPD courtesy shield — and then allegedly pummeled and pepper-sprayed him, asser...

[02/09/17]   Kudos to the NYC Department of Sanitation for the great job in dealing with the snowstorm. Without our sanitation workers, where would we be? Like stuck at home waiting for the snow to melt.

[01/17/17]   Today we honor Dr. Martin Luther King, Jr.’s legacy and accomplishments. We recognize that the fight for civil rights must continue, and are proud to serve our clients in this cause.

Warmest thoughts and best wishes for a wonderful holiday season from all of us at Apicella & Schlesinger.

twitter.com “4th Circuit law library gets into the holiday spirit.”

NYPD Will No Longer Arrest You For Asking For A Subway Swipe
What do YOU think about this?

gothamist.com Instead, officers are issuing $25-50 tickets or court summonses.

Interesting news for NYC. The NYPD will no longer arrest people in Manhattan for many low-level offenses like drinking or urinating in public.

wnyc.org The Manhattan DA will no longer prosecute many low-level offenses, keeping people out of the system.

A tip of the hat to NYC sanitation workers Carlos Rosado and Wilson Arroyo for going above and beyond the call of duty by saving four children left alone in a vehicle. Well done!

New York Police Will Document Virtually All Instances of Force

The NYPD says it will now track officers' use of force. Do you think this reform satisfies critics, or are body cameras the solution?

nytimes.com For years, each shot fired by a New York City police officer has been meticulously studied, but not the more routine episodes of force, like baton blows and takedowns.

Our hearts and prayers go out to the family of DSNY Sergeant Frank Musella for their tragic loss.

nbcnewyork.com The mayor has ordered flags flown at half-staff in honor of a sanitation enforcement sergeant who died on the job after commenting on the heat. 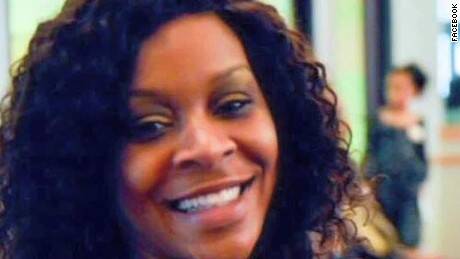 What are your rights during a traffic stop? - CNN.com

We're asked questions like this very often, and we're glad to share this great video/article on point.

What are your rights during a traffic stop -- and is it wise to exercise them?
#CivilRights

cnn.com What are your rights during a traffic stop and, realistically, should you exercise them? CNN asks legal and law enforcement analysts for the best approach.

Good deal for the Garner family, or too little?
Sound off, and let us know what YOU think about the Eric Garner Settlement.

nytimes.com An agreement with Mr. Garner’s family, to resolve the claim over his killing by the police on Staten Island, appeared among the biggest so far as part of a city strategy to settle major civil rights claims even before a lawsuit is filed.

NYC Settles for $750,000 Over Mistreatment of Inmate's Six-Day Erection

Tracy Morgan and Walmart have reached a settlement. How much do you think he got?

money.cnn.com Walmart settled with comedian Tracy Morgan over a crash that left him seriously injured. A Walmart truck rear-ended a limo bus Morgan was riding in on the New Jersey Turnpike nearly a year ago.

7online.com Demonstrators gathered in Union Square Wednesday night to protest the death of Freddie Gray, the man killed while in police custody in Baltimore.

After 36 years behind bars, charges thrown out for California man Michael Hanline

Do you agree that the number of abuse lawsuits is an important benchmark in evaluating police officers?

nydailynews.com For the second time in a week, Mayor de Blasio inflated the successes of the NYPD’s stop-and-frisk tactics.

When you order a dish called "Sizzling Skillet", it's clear that your dish will be a very hot one. Now it's up to you be very careful. If you order a dish which normally would not be expected to be very hot and it burns and surprises you, you have a different kettle of fish -- hopefully, not a hot one.

usatoday.com A man who leaned over a plate of sizzling fajitas to pray can't sue a Westampton restaurant because the dish burned him, an appellate court ruled Wednesday. Hiram Jimenez sought damages from Applebee's

Here at Apicella & Schlesinger we've seen our fair share of #PoliceBrutality cases, but the footage below of Alabama police beating an Indian grandfather -- which resulted in partial paralysis -- has left us speechless.

washingtonpost.com Sureshbhai Patel was visiting family in Madison, Ala., when he was stopped by police and forced to the ground. The family has filed suit.

One step closer to justice.

huffingtonpost.com A New York City police officer has been indicted in the shooting death of 28-year-old Akai Gurley, law enforcement sources told both NY1 and The New York Daily News on Tuesday. A bullet fired by rookie officer Peter Liang killed Gurley inside the ...

Earlier today, two San Workers, a Supervisor & a snow laborer apprehend an alleged grocery store shoplifter in Bklyn. The Workers were on recycling pickups when they spotted commotion and jumped into action. They chased suspect, caught & held for NYPD. After NYPD arrived, all went back to work. #Dedication

“I am proud of our Sanitation Workers Brian Tullo and Paul Hernandez as well as Supervisor Frank Scudieri and an emergency Snow Laborer who chased down, apprehended, and held for police custody an alleged shoplifter who was running out of a local Brooklyn supermarket,” said Sanitation Commissioner Kathryn Garcia. “Our employees are highly visible on the street of New York that we keep clean every day. They are an extra pair of eyes ready to help to keep our City safe.” Here at the Grotas Firm we are made up of a team of compassionate and wiling legal professionals. We are highly experienced at keeping families together through representing our clients through immigration law. Myers & Galiardo is a criminal and personal injury law firm dedicated to successfully protecting victims and the accused for over 20 years. Gilbert Sharpe is a partner in the Health Law Group at Fasken Martineau. He is the former Director of the Legal Branch of the Ontario Ministry of Health with a distinguished 30-year career in legal practice and advisory roles. The Law Offices of James Kousouros focuses primarily on criminal defense advocacy in both state and federal courts. At Bachner & Associates, P.C., we have been handling complex criminal defense and securities litigation cases for over 20 years. Brooklyn DWI Lawyer Mark Cossuto is a Brooklyn DWI Defense Law Firm in Brooklyn, New York that is focused exclusively on helping its clients with the best defense possible to fighting their criminal charges.