We really like your page! IWLA invites you to like our page at the link below to connect professionally. Thanks!
Saw today in Newsday how you treat/exploit your workers. This is information that needs to be more widely distributed!

Do your customers know who you really are - how those smiles and fancy dress came to be?

International Warehouse Group is a Full Service 3PL Provider with over 400,000 sq/ft of warehouse space on Long Island. All businesses large or small should consider utilizing a Third Party Logistics (3PL) provider to help maximize revenues.

Using a 3PL allows businesses to turn their fixed costs into variable. Expenses such as rent and payroll become more of an “as-need” basis. 3PL warehouses such as International Warehouse Group manage multiple businesses giving them the ability to pay for what they need. Big box stores benefit by using 3PL warehouses as pool facilities. A pool facility receives freight from multiple vendors and co

nsolidates the freight to make it more efficient for the stores to receive. Large big box stores use these methods to save thousands on transportation and staffing costs. By using a 3PL as their back room, they have the ability order from their vendors in bulk and not worry about having the manpower or space to offload. This also allows stores to manage their inventory more efficiently and optimizes their ordering process preventing hot items from running out of stock on the sales floor. This is why many big box stores are switching to 3PL warehouses as savings on space, staff and transportation and an increase in sales can be proven time and time again. Smaller businesses also benefit by utilizing a 3PL. A lot of businesses struggle through the normal peaks and valleys of today’s economy. The decision to lay off hard working employees during slower months can save some revenue, but will they come back when sales go up? What about the rent on all the unused space? These are difficult decisions business owners have to make every month. By outsourcing to a 3PL, business owners are able to spend more time selling. International Warehouse Group is able to manage their staff among their customers, taking away the headache of over or under staffing. Their 250,000 square feet of warehouse space gives their customers peace of mind during even their busiest months. They are also able to offer warehouse space when it’s needed and utilize that space for other clients when it is not. Third party logistics providers are becoming the number one solution for small and large businesses. Finding a solution which saves revenue during peaks and valleys may seem too good to be true but many have already made the switch. Let International Warehouse Group show you how their 3PL services work for you. 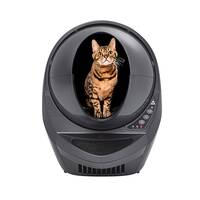 [07/13/15]   International Warehouse is proud to announce the opening of a state of the art facility in Baltimore, Maryland.

longisland.com The Alternative Site Framework allows local companies to access the program and its’ benefits in a expedited timeframe.

A Melville company hopes a proposed expansion of international trade benefits in Suffolk County will make its warehouses too small.

International Warehouse Group has two buildings now with roughly 250,000 square feet of space. Jeffrey Heydt, chief executive, is closely watching a bid by Suffolk to persuade the federal government to approve an expansion of the county's foreign trade zone.

He hopes for a boost in imports that will lead to more hiring: "We plan on taking a third building," he said at an event Friday in support of the push.

Earlier this month Suffolk County applied to the U.S. Department of Commerce to reorganize its existing zone to make it easier for businesses to apply for breaks on tariffs. Companies would not have to pay import duties on products that are re-exported, and can pay reduced duties on products imported for domestic use.

If approved, those benefits would be expanded beyond the current zone, a 56-acre area at McArthur Airport in Islip, to most of the county. Currently two companies in Suffolk are in the program.

"This sector of our economy is growing and is ripe for expansion, but one of the things we need to do is reduce the obstacles," County Executive Steve Bellone said Friday at a news conference held at one of International Warehouse's facilities. "What we're trying to do in Suffolk County is to streamline the process."

The application process for a company seeking exemptions on re-exports can take more than nine months, according to the Commerce Department. If the county is approved to use an "alternative site framework," that application process would be cut to 30 days.

At the event Friday, Sen. Kirsten Gillibrand said she planned to meet with Undersecretary for International Trade Francisco Sánchez to push for the expanded zone. "Other countries create incentive and support for their domestically based manufacturers," she said, "and so this is one of the programs that we create to give our U.S. companies an edge as well." The company’s core competency is the marketing, origination, and participation in the acquisition of distressed real estate. Put the Nation’s Largest Property Database to Work for You Access over 300 points of data on 150,000,000 properties - both residential and commercial. Produce accurate valuations. Find your next deal with our nationwide foreclosure database. Industrial and Commercial Real Estate specialists on Long Island since 1962 We help buy and sell real estate in all areas of Long Island including Suffolk, Nassau and Queens County. Our team of Real Estate profeesionals have over 40 years of combined Real Estate experience. Sun West Lending is a direct lender that has been providing its customers with competitive rates and exceptional services since 1980. Materassi Legal is a boutique law firm concentrating in the areas of real estate, mortgage lending and corporate matters.