Madisonville High School - Family, Career and Community Leaders of America
811A South May

MCISD Police Department will have a new officer on campus he is Sergeant Wolff. If you see him on campus say hi to him.
Is there going to be the carnival thingy tonight?

Welcome to our page. We will update you on news close to home as well as campus activity. Our goal is to provide a safe learning environment for our children and staff.

On this page we will give daily news and important information as well as activity in and around campus. Feel free to send us a message if anyone has any questions. 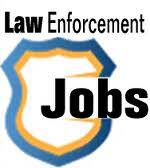 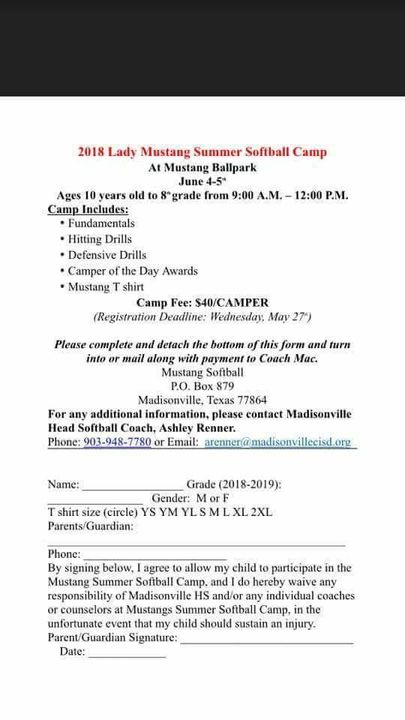 Prayers to all those affected.

The Madisonville baseball season came to an end in Cameron tonight with a 2-0 loss to the Robinson Rockets. The Rockets scored off of a leadoff homerun in the first and added insurance in the bottom of the sixth. Congratulations to these players for becoming the most successful team in program history.

The dream continues tonight for the Madisonville baseball team as they travel to the Yards of Cameron for a Regional Quarterfinal matchup against the Robinson Rockets. This will be a single-elimination game and the winner advances to the Regional Semifinals. Matt Rudis, who has not allowed a run in two postseason outings, is expected to toe the rubber once again for the Mustangs. If you can't join us in Cameron, be sure to keep it locked into the Madisonville Meteor Twitter page throughout the night for updates. Honoring and remembering our fallen this week. There are 129 names being added to the wall in Washington D. C..... thank you for your service and sacrifice, and God Bless the families both blood and blue left to carry on.

These Mustangs just became the most successful baseball team in Madisonville history with a 1-0 win over Taylor in Bryan to advance to the Regional Quarterfinals. Matt Rudis was outstanding and allowed just 1 hit through seven shut out innings. Corey Shuck delivered the game's only RBI: a sacrifice fly in the second inning courtesy of a leadoff single from Will Hudson.

Sergeant Hector Camarillo, Sergeant Lucas Cunningham of MPD and Trooper Justin Reese of DPS accepted the LIFE SAVING AWARD in Austin, Texas today at the DPS Headquarters. They were instrumental in saving the life of one our local citizens in Madisonville, Texas on May 13, 2017. A great job of going beyond the call of duty.

The Madisonville baseball team will take on Fairfield on the road tonight while softball competes in their playoff warmup match against Teague at home. Before the game, the Lady Mustangs will honor 'Team 1,' the first ever Madisonville high softball team. Be sure to be at the softball diamond by 5:45 to check out the ceremony.

On the morning of April 14th, 2018 it was discovered that the restroom at City Park had been vandalized by unknown parties. The damage total was over 1,000 dollars. Crimestoppers is offering a reward for information on finding who destroyed public property. It's your park, it's your property, so help by calling 936-348-3100.

Congratulations are in order for members of the Madisonville women's soccer team. Brinna Simms is your offensive MVP, Kassandra Hernandez is your co-defensive MVP and Brianna Abad is your district goalie of the year. Congratulations as well to Cielo Torres and Samantha Vazquez, who were named first team all-district, Jeimy Martinez, who was named second team all-district and honorable mentions Andy Hinojosa, Erika Lopez and Anna Jimenez.

Preparation and prayer before the game

Great sendoff for our soccer team from students!

I-45 northbound closure this weekend

For anyone traveling I-45 this weekend

itemonline.com Get ready. More lane closures on the freeway are coming this weekend.

Citizens of Madisonville, Texas please take care of your park facilities. Please read the rules. Apparently someone has been riding bicycles or skateboards through the SPLASH PARK. The SPLASH PARK was freshly painted recently for the season opening on April 15th. Damages to city property is a crime of criminal mischief. If anyone witnesses the damaging of city property please call the Madisonville Police Department at 936-348-3317.

We have been officially notified that HMH Emergency Room at 3301 East Main in Madisonville has closed its doors this morning at 0700. They are no longer available; however, their clinic at 1613 East Main is still in operation. The only emergency room open in Madison County now is CHI Madison St. Joseph at 100 West Cross, Madisonville, Texas.

Texas DPS Trooper Billy Jack Zachary was killed in the line of duty on I-20 in Ward County in 2006. B.J. was 32 at the time and left behind his wife, Tara, and their 3-month-old daughter, Zoe. Last year, I filed and passed a bill in the Legislature to name the stretch of highway where he made the ultimate sacrifice as the “Trooper Billy Jack Zachary Memorial Highway.” Yesterday, in heartfelt ceremony at Monahans High School, B.J.’s family members were on hand as we unveiled the signs and formally dedicated the memorial highway.

As a state, we are choosing to memorialize Trooper Zachary because of the ultimate sacrifice he made while doing his job—placing his own safety at risk in order to protect ours.

I hope that when we see these signs, that they mean something to all of us, that they cause us to pause for a moment to remember the sacrifice made, not only by Trooper Zachary, but by all law enforcement officers.

Thank you to Teresa Burnett and the Monahans Chamber of Commerce for making this happen, Sen. Charles Perry for passing the bill in the Senate and Congressman Will Hurd for all of your support.

An approaching storm system will bring an increasing risk of locally heavy rain and strong to severe thunderstorms across Southeast Texas mainly tonight through Thursday morning. Keep up with the forecast for updates. A Step Above Learning Center ( Over & Beyond The call of duty! We specialize in caring for kids and we are a home away from home much to teach and learn! *Free Classes *Certified Teachers *Self paced learning *Evening Classes offered *Classes open to ALL regardless where you reside. *Call for more info