Take It There, LLC
Stamford

Who remember him?
Does anyone remember a Mr. Gartley who worked at the camp in the 50's?
I recall one year I took my trumpet to camp. and I played "call to colors" about 10 - 15 min before they normally played it. Talk about a scramble. Ok so there it is. I confess. (I think George caught on though.)
Who is the admin of this group? I started a new camp group about a month back.

Camp Wonposet- always the home for a great summer

Id love to combine our efforts and members if possible. Who runs the show here?

Or come on over to my group and post away. I will respond!

The camp is gone, but the memories live on...

Herbert ‘Tripp’ Burgunder III
Baltimore native was real estate attorney and law school teacher, and a stickler for clear language in legal documents
Herbert “Tripp” Burgunder III was a former regulator of charitable organizations for Maryland.
BY JACQUES KELLY
Herbert “Tripp” Burgunder III, a real estate attorney who believed that legal documents should be written in clear language, died in his sleep of an apparent heart attack April 19 at his Owings Mills home. He was 53.

Born in Baltimore, he was the son of Herbert Burgunder Jr., a workers’ compensation attorney, and Sydnee Schweitzer, a teacher. He grew up in Cheswolde and was a 1987 Gilman School graduate. He was the captain of the school’s water polo and swim teams.
After earning a degree at Cornell University, he attended the University of Baltimore School of Law and was admitted to the Maryland Bar in 1994.
He met his future wife, Tamara “Tammy” Lipman, after being introduced by his older sister and a friend of a friend. Their first date was at Akbar Restaurant.
Interested in politics, he joined the campaign staff of Parris N. Glendening as a volunteer. In the 1994 election, he was present at the city’s Board of Election Supervisors for the vote tallies of Mr. Glendening and his Republican opponent, Ellen R. Sauerbrey. After Mr. Glendening was elected, Mr. Burgunder served on his transition team. He initially worked with John T. Willis, the secretary of state.
Mr. Burgunder later worked at the Department of Labor and was appointed the ombudsman for the Department of Business and Economic Development. He was a regulator of charitable organizations for the state, among other duties.
Mr. Burgunder taught at the University of Maryland Law School as an adjunct faculty member in the legal analysis, writing and research program.
“Tripp was all about clear, specific language and clear communication in writing,” his wife said. “The gold standard for him was a document that everyone could understand. He was practical and honest to a fault. As an attorney, he often used humor to solve a situation — a way to help people cope and bring them together. He was good at getting people to be less adversarial.”
He then joined the Kramon & Graham law firm and was a land use and transactional attorney. He was subsequently in solo practice and later worked at Rimon Law. He had an office in Mount Washington.
“Tripp had a hearty laugh and had a great sense of humor,” said Kirby Fowler, a friend who is president of the Maryland Zoo in Baltimore. “He gave great advice and was a resource in matters of real estate and land use. He was trustworthy and was a person of integrity.”
During his legal career, he represented merchants at Mount Washington Village and the owner of the Copycat Building in Station North, among other clients.
In a 2008 Baltimore Sun story, Mr. Burgunder spoke about city properties about to be sold for nonpayment of taxes. He suggested that instead, the city should In a 2008 Baltimore Sun story, Mr. Burgunder spoke about city properties about to be sold for nonpayment of taxes. He suggested that instead, the city should conduct

a public education campaign to advise delinquent taxpayers of the tax sale and the process to redeem before costs are incurred and thereby reach people who escape notification.
“The state should also set up a fund to help pay the tax bills for those who truly can’t pay their bills,” Mr. Burgunder said.
He was recalled for his work ethic.
“He was wicked smart. He had his own way of doing things. He had an intense love of his family and his career. He had a universe of friends,” said his father-in-law, Ron Lipman. “He was a hard worker. He read a good bit, he did some of his cooking because he was a vegan. He didn’t like [retail] stores, so he was in and out of them fairly quickly.”
Friends said Mr. Burgunder was disciplined and efficient with his time.
Mr. Lipman also said: “The day he died he got up very early, participated in a Masters swim practice at Meadowbrook in the morning, then worked at his active law practice and went to his daughter’s lacrosse game at City College.”
Mr. Burgunder spent his childhood summers at Camp Wonposet in Connecticut. He learned to swim at the Suburban Club and continued the sport throughout his life. He later took up biking and running. He completed half marathons, sprint triathlons and swam across the Chesapeake Bay. While in college, he swam competitively at Cornell.
After his children became students at the Friends School of Baltimore, he became an involved parent and joined its board of trustees.
“He had an affinity toward Friends School. He really embraced the Quaker aspect of it. It called to him. At his family Seder, he would also have a moment of silence. As a trustee at Friends, he brought a sense of ease and comfort to his fellow trustees,” said Norman Forbush, the clerk of the Friends board of trustees.
“Tripp was easy to be around and was always happy,” said a childhood friend, David Stouse. “He always used his charm and humor to work through any issue. He had the ability to take complicated issues and keep them simple.”
Mr. Burgunder was his family’s historian and kept the family tree.
He is survived by his wife of 25 years, Dr. Tamara Lipman Burgunder, a pediatrician at the Mount Washington Pediatric Hospital; two sons, Ben Burgunder and Sam Burgunder, both of Baltimore; a daughter, Maisie Burgunder of Baltimore; a sister, Rachel Burgunder Hoch of Stevenson; and a brother, Brad Burgunder of Baltimore.

Services were held April 21 at Baltimore Hebrew Congregation, where he was a member.

When’s the last time you had butterscotch pudding with whipped cream? 1986? 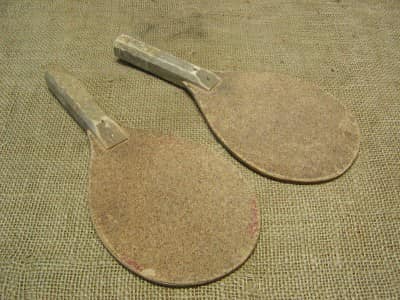 Rick, I’ve been sanding this thing for four summers... isn’t it ready yet?

Who remembers early mornings on the porch? Drinking coffee in those small 6 oz. (8 oz.?) cups... before the troops came in for breakfast. Staring at that beautiful lake. Often, it was flat and serene - preparing for a busy summer day later. What I wouldn’t give for another August morning- 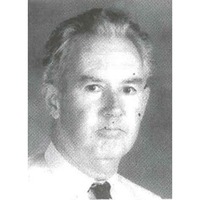 Remember what a big deal it was to go to McDonald’s, K-Mart and the movies in Torrington as a junior counselor or dishwasher?

Reminder: All second round ping pong tournament games must be played by Wednesday or both players will forfeit the round.

Anyone bunkmate this session have a summer birthday? I want a dessert upgrade!

Why can't we go quarantine on the shores of Bantam Lake for a month? Remember when the biggest issue was a bad case of athlete's foot? Stay healthy and safe Wonposet friends!

If you could go back for a week... what would you do that week?

Due to the rain, no scheduled activities this afternoon. Movies in the sail loft. Bingo in the dining hall. 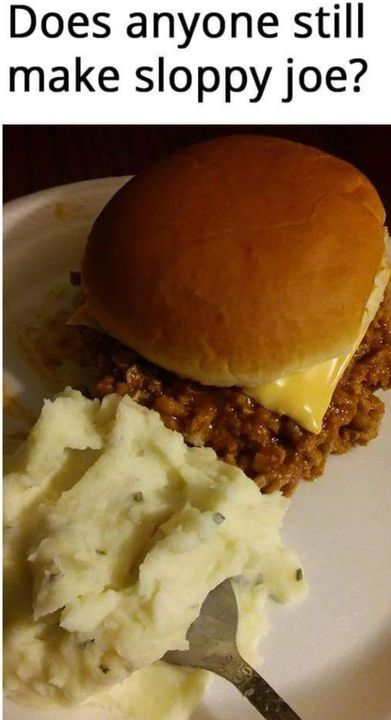 Funny thing... no matter how second session went, it always came down to the canoe race! 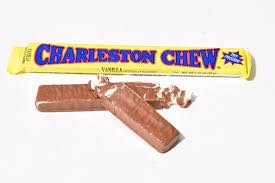 Unsuspecting new campers, happily walking behind the kitchen to go somewhere... then being unexpectedly called to the screen window where a smart-ass dishwasher would suddenly SSSSSSSSS spray them with the sink power hose meant for pots and pans. heh-

Friday night cookout... no food near the cabins, please!

Those lucky international campers... getting phone calls from home during meal time. They might’ve missed dessert, but they got a phone call!

Double-Fireball swim today... the lake is getting colder!

Remember in the 80’s when VanWompa went on tour and played a sold out show in the sail loft? Flashing lights, air guitar and lip sync way before it was cool-

Tony is the inspector! 100’s all week and today a 99? Did you even pretend to look for cobwebs?

Note to self: remember to ask mom for an extra $20 on visiting day so that I can eat tons of extra junk food at Quassy in August.

I found my buddy tag 😁 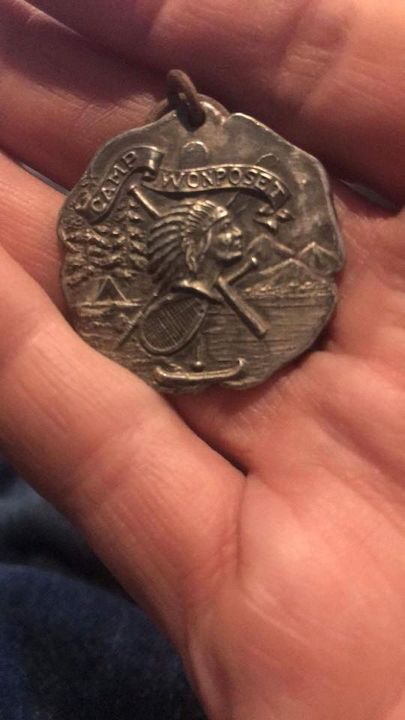 Someone unaffiliated with the camp found this while metal detecting in Philadelphia... anyone have any information about it?

The Art of Ice Fishing - Bantam Lake in Morris, CT

Snag a catfish? Bring it to Willie for a candy bar!

Now is about the time when one morning you're getting ready for school and grab underwear from your dresser. You notice the unfamiliar name tag and quickly realize they're from one of your summer bunkmates! And you smile, remembering the amazing summer you had!

Other Hotels & Lodging in Litchfield (show all)