Hi, I'm Luke Tweedy and I like to build stuff. From vegan taxidermy to guitar cabinets, from book & record shelves to games, I want to make you something.

Being self employed I have several jobs. Clandestine Cabinet Company is my most satisfying. I love to work with wood and create objects that people want and need, that will last a lifetime. I also love the challenges custom designed furniture and art brings. There are a lot of places to buy furniture, and some of it is even American made, but custom furniture made from real wood at prices lower th

an chinese made particle board is unheard of and I am extremely proud to offer that. If you look thru my photos and see something that interests you, or that inspires you to have something else built, please don't hesitate to reach out. Like I said, I like to work, and love this work. I want to hear your ideas and work with you to come up with a design we can both be proud of. Thanks.

I have not been building a bunch of book and record shelves or guitar cabinets, but instead trying to build up a festival in the Iowa City featuring some of the regions best talent. Grey Area tickets are online until Thursday at 3PM at littlevillagetickets.com or at the gate. Cath Hallways of Always (Whitmore/Hoyston and friends), Closet Witch, Dead Rider, Annalibera, Dana T, Sinner Frenz, Karen Meat and so many more incredible acts this weekend. BTW, forecast is low 80s and sunny!

flatblackstudios.com Ladies and gentlemen, boys and girls, punks, metal heads, indie rockers, singer songwriters, noise heads, hip hoppers, and kids of all ages, I am please to announce that the new Flat Black Studios rural recording resort is going to have a soft opening in the beginning of November! That’s right, the…

The main thing I do is about to get a facelift, and will also remove the wood shop from the recording studio. Huge bonus for both!

flatblackstudios.com Quick shout out to Soft Serve, Dagmar and Dana T for all working out of Flat Black this week. Today I have a session with a bunch of High School seniors from Fairfield, Iowa thanks to the lovely Miranda of Dagmar. Tomorrow is my final session in this space. I will be tracking a 7″ for William Elliot… Different angle of the William Elliott Whitmore amplifier collaboration between Xits and CCC. Mahogany and Ebony, X10 guts and a Greenback speaker.

Do you like to gamble? How about roll dice? Like winning money off of your friends? This "Shut The Box" is about to head into White Rabbit Iowa City for the holiday season. I built the box, and White Rabbit chose the white 'leather' and did the numbers. I really like collaborations. Makes my woodworking much more varied, and sometimes a little variety is a good thing.

Just finished my second Iowa table. This one is made out of Pine and Poplar, with a screen printed top, that is then hand painted. Double coating of linseed oil and ready to go. Available at White Rabbit Iowa City.

Looks like this baby made it to it's new home safe and sound. Pine and Hickory with lighting and hidden casters. Thanks to Mike Schulte for the picture, and for commissioning this beauty.

With some lay out help from my buddy Jordan Sellergren, I made this Iowa coffee table. Available at White Rabbit! #shopsmall #buylocal

I made some Edison bulb, hickory, bocote and walnut based lamps. They have cloth cords, and flush mount to the wall. Available at White Rabbit!

This week I got to pull a Fender Twin Reverb apart and make it into a head and cabinet. The head is real walnut, no stain, just oil rubbed. I like walnut, fender twins and the concept of lightening the load in. Thanks Mr. Webster for the work.

This is a terrible iPhone photo, but you get the idea. This unit now lives in Nashville with the incredible musician Brian Johannesen, and it was his idea for the flip top [record store style as he put it]. Sorry I have not posted any of the wood working projects lately. This summer I took Wake Up Iowa City's house down to the studs and completely rebuilt it with Colin Samek's help, cut a hole in the back of my own house and put in a sliding glass door and tore out a bathtub at another buddy's house and replaced it with a brand new one. There are several new projects in the works and I will try harder to document and post them. Thanks for supporting locally made!

Besides wood working, I also record bands, and sometimes put out records! SUPER limited. Oh yeah, I screen printed the cover too! Buy it now, from WR or from ebay in the near future!

Hickory and Bocote cabinet, housing a '65 Fender Princeton and Weber speaker. One of my all time favorite builds, and tough to see it go.

Pine, screen printed, and then sealed, with an american cast opener. There are several different designs available at White Rabbit.

Pine, Poplar and Oak. DJ stand, with equipment slot and space for a lot of records. This photo was taken before it was top coated.

Made from scraps laying around the shop (Mahogany, Poplar, Oak and Hickory). Any guesses to what it is? Here is a hint, it is mounted to a Lazy Susan.

Piece in progress. Hickory and Bocote guitar combo amp. Soon this cabinet will house a point to point '65 Princeton clone with tremolo and spring reverb and a Weber speaker. I wish I got to keep this one.

I like to build stuff, but it started as a love for 2D art.

Working on my first piece that involved some mill work. Making boards from raw wood is pretty satisfying work. I am past the halfway point on a guitar amp combo made of two of the toughest woods to work with, Hickory and Bocote. The amp is a '65 Princeton circuit with tremolo and a spring reverb tank. Photos coming soon.

This almost never works, but I am doing it anyhow, fingers crossed, that there is somebody out there who wants to do the right thing. Last night somebody kicked in the front door of White Rabbit. I know it is an incredible long shot, but if anybody saw anything, or better yet, knows the name of the person who did it, and is willing to step forward and help us serve up a healthy dose of justice, there is a cash reward in it for you. There is nothing I would enjoy more than knocking on this person's front door and having a talk with them about honor, ethics and the struggles of running a small business (based on local goods). Please, share and pass this status update around. Thanks a lot.

Just installed a new piece into the Trumpet Blossom Cafe to help the music shows they do there run smoother, while looking better. You might know them for the delicious vegan cuisine, but they have been working hard at being a pretty great alternative music venue too. If you have yet to see some music there, I highly recommend it.

Poplar and Pine record shelves/entertainment center. The black spot in the back is a cable pass thru. As with all builds, this unit is on hidden casters.

Pine shelving built for books, media, electronics and a record player. There is a hidden light over the record player area for changing the record in low light situations. As with all my builds, there are also hidden heavy duty casters too (makes cleaning and moving extremely easy). 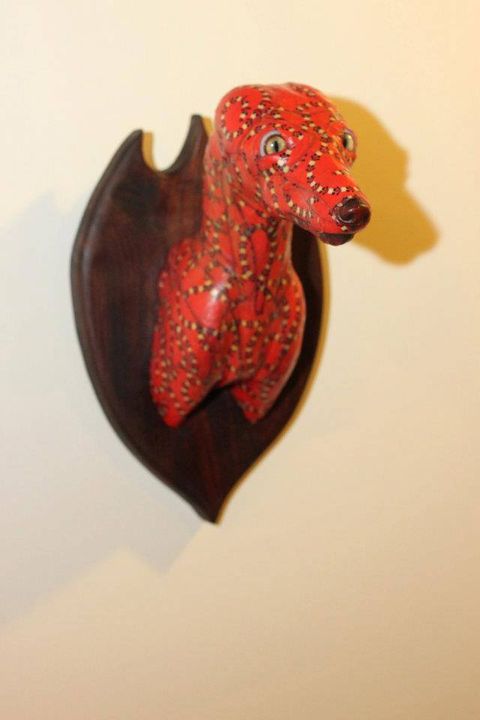 Vegan fox mount on salvaged Walnut from the Whitmore farm. 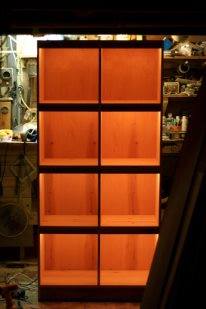 LP shelves in Hickory and Pine with hidden lighting and casters. 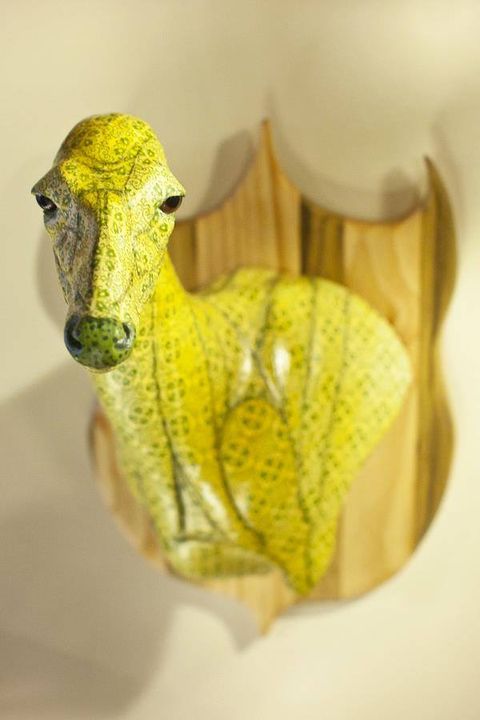 Other Home Improvement in Iowa City (show all)

We are a family owned business that was born to share the beauty of our trade.

Plumb Supply’s Kitchens and Baths showrooms are located at 10 of our locations in Iowa. Each showroom displays a wide array of fixtures, faucets, cabinets, and countertops from multiple vendors on display.

Sobaski Abbey Carpet & Floor is Family owned and has been proudly serving the Iowa City area since 1968.

A gathering of painters.

Your Neighborhood Ace Hardware established in 1905

Interior and exterior painting of exellent quality, commercial and residential