University of Iowa College of Dentistry

Communication Sciences & Disorders at the University of Iowa
250 Hawkins Drive

https://www.hawkcentral.com/story/sports/college/iowa/hawkcentral/2018/04/18/university-football-iowa-live-mascot-burch-bear/499146002/ Burch the Bear back in the news! One of my favorite early Iowa football stories. 🐻 🏈

We are so excited to announce Hannah Sieperda as the new Assistant Director of Trademark Licensing/Hall of Fame!

Hannah has been working as an intern for Trademark Licensing/Hall of Fame since February of 2018. Hannah recently graduated with a double major in English and Sport & Recreation Management. A well deserved congratulations to Hannah! 🎉

We are so excited to announce Hannah Sieperda as the new Assistant Director of Trademark Licensing/Hall of Fame!

Hannah has been working as an intern for Trademark Licensing/Hall of Fame since February of 2018. Hannah recently graduated with a double major in English and Sport & Recreation Management. A well deserved congratulations to Hannah! 🎉

🎉We are officially OPEN!🎉

Come and check out your favorite Hawkeyes!

Appointments are strongly encouraged in order to keep a steady flow and adequate space between donors. To sign up to donate, including for day of appointments, please visit www.uidegowinbloodcenter.org or call 319-356-2058.

Yesterday Hawkeye Nation lost our legendary coach Hayden Fry. The Tigerhawk which he brought us shed a tear today 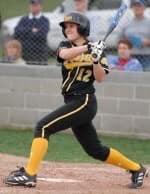 #TodayinHawkeyeHistory in 2008, the Iowa Softball team started off their fall season 3-0, with wins over Drake, University of Northern Iowa and Iowa State University. The three wins earned them the All Iowa Classic title. To read more about Head Coach Gayle Blevins thoughts and the star players from the tournament, click the link below.

Our final inductee is Tangela Smith.

Smith had modeling on her mind when a junior high basketball coach suggested she try out for the team. She put the runway aside, and started to focus on basketball. In 1998, she would end her Iowa basketball career with 1,598 points scored, 859 rebounds, and 235 blocked shots.

After 18 home visits from a variety of coaches wanting to sign her, Smith ultimately decided on Iowa because of her love for Coach Vivian Stringer.

In the 1998 WNBA draft, she was the 12th pick by the Sacramento Monarchs. In 15 seasons in the WNBA, she had an average of 10.9 points and 5.0 rebounds in 463 games, along with two WNBA championships with the Phoenix Mercury. Tangela is now an assistant basketball coach for Northwestern.

Want to read more on Tangela Smith and her time at Iowa? Click the link below to read the article by Hawkeye Sports.

hawkeyesports.com People notice when a 6-foot-1 seventh grade girl walks the halls of her school. Especially if one of those people is a basketball coach. Tangela Smith was 12-years-old when a junior high basketball coach invited her to try out for the team. At the time, all Smith wanted to be was a model.

Our sixth inductee is LeRoy Smith.

When LeRoy was first recruited by Iowa, he was a top-100 running back. However, when he started here, Coach Fry wanted him to be a defensive back. He never doubted this new suggestion, he trusted his coaches, and he "became a student of the game." He just simply wanted to play.

His first season as a defensive end, he played all 13 games, and even started in the final two of them. He capped off the season with 45 stops. Smith displayed amazing leadership that led the 1990 team to a Big Ten Championship and later a berth in the Rose Bowl.

Smith set an Iowa and Big Ten record with 18 sacks and had 77 tackles to earn All-American honors. His outstanding season earned him the title of Big Ten Defensive Player of the Year.

LeRoy's talent in football brought him to the NFL and allowed him to play for the 49ers, Browns, Lions, Chiefs, and Packers before ending his football career with the World League Rhein in 1994.

If you want to read more about LeRoy Smith and his experience at Iowa, please click the Hawkeye Sports article below.

Our fifth inductee is Diane Pohl.

Diane Pohl was an incredible softball catcher, and was not interested in Iowa when she first started her college search. However, head coach Gayle Blevins' persistence led her to an official visit on campus and eventually led her to fall in love with Iowa.

Pohl played for the Hawkeyes from 1989-1992. Her first season, she started third in the batting lineup but was quickly moved to leadoff hitter, where she remained the rest of her career. During her first season, she hit .354 and set program records for hits (83), runs (41), and stolen bases (26).

While being the team's co-Most Valuable Player, Diane was Iowa's first National Softball Coaches Association All-American selection. In 1991, after hitting .346 with 38 steals and leading the Big Ten in seven categories, she was selected for her second All-American.

During her career at Iowa, she won two Big Ten Championships, and made two NCAA Regional appearances. She left the university holding 8 school records and the Big Ten Conference record for stolen bases. She also earned the title of Iowa's Athlete of the Year twice and was a member on the Big Ten All-Decade team.

To read more about Diane Pohl and learn about her Iowa and Hawkeye experience, click the Hawkeye Sports article below. #OnIowa #GoHawks

Our fourth inductee is Marc Long.

Marc transferred to Iowa in 1987 from the University of Northern Iowa. He said after he won his first Midwest Independent League Championships, he knew he had to move on, and that he was always a Hawkeye at heart. After moving to Iowa City, he discovered a world of international swimming, resources at his fingers, and "a culture of winning."

During his three-year career at Iowa, he was a six-time All-American, a three-time Big Ten champion, a two-time All-Big Ten selection, and a U.S. National Champion. He was Iowa's first Big Ten 100 fly champion and All-American in 1988. That same year, he also swam the second fastest time in Big Ten history. In 1989, he was a part of the NCAA and Big Ten record for the 200-yard freestyle relay.

After college, Long did work outside of swimming, but four years later he swam back to the sport as a club head coach in Chicago. He eventually returned to Iowa City to coach the Iowa City Swim Club and was later brought on as an assistant coach at Iowa. Marc is now The University of Iowa's swimming and diving coach and has had the position for the women's team since 2004 and 2006 for the men after the programs combined.

To read more about Long's career, click on the Hawkeye Sports article below.

Our third inductee is Eric Juergens.

Eric wrestled for The University of Iowa from 1996-2001, using his red shirt 1996-1997. When picking a college, Juergens knew he wanted to attend a school that was not only close to home, but was going to help him excel in his academic and wrestling careers.

He started the first two seasons of his college career placing third at the Big Ten tournament as well as the NCAA Championships.

Throughout his time at Iowa, he earned two NCAA titles, two Big Ten titles, two All-American honors. He had an outstanding record of 120-13 and 23 falls. Juergens won 65 of his final 66 matches, and finished on a 28-match winning streak. Eric did not only have personal success in his wrestling career. He earned Iowa three NCAA championships and two Big Ten Titles.

If you want to read more about Eric and the lessons wrestling taught him in the sport and in life, click the Hawkeye Sports link below. #OnIowa #GoHawks

In honor of our field hockey playing at home for the first time this season today against Northwestern, our second inductee is Deb Brickey

Deb was a three-time All-Big Ten selection and two-time All-American. While she played at Iowa, she was a two-time team captain and led her team to three Big Ten titles and a 2nd place NCAA finish.

Brickey continued her field hockey career after graduating from Iowa. She earned a position on the United States National Field Hockey team from 1988-1990, and was an alternate on the 1988 U.S. Olympic Team. After her national success, she coached at the Division 1 level for more than a decade.

If you want to read more on Deb Brickey and her field hockey career, click the link below to the Hawkeye Sports article.

hawkeyesports.com IOWA CITY, Iowa -- Deb Brickey was a freshman in high school when some of her friends took up field hockey.

Our Hall of Fame Induction Ceremony is in one week! To honor this years inductees, and to get you excited about the ceremony, we're counting down the days and sharing the stories of our inductees!

Our first inductee is Jeremy Allen. Jeremy was recruited by Iowa to be a thrower for track and field, but knew wherever he went he wanted to play football as well. After the first week of football practice, Hayden Fry offered him a full football scholarship. From that point on, he was a two-sport athlete, a truly remarkable thing in college, especially as a D1 athlete.

In 1998, he was named Big Ten Freshman of the Year for indoor and outdoor, the first in conference history to do so. He still holds the school's record in the outdoor shot put (63 feet, 2 3/4 inches). A standout athletic moment for Allen was during the Big Ten indoor shot put title in 2000, when he tossed a 61 feet, 4 and 1/4 inches on his final attempt. His toss surpassed 7 foot, 330 lbs. Anders Holmstrom from Wisconsin.

Allen also shined in football. As a fullback from 1998-2001, he carried the ball 99 times for 438 yards and four touchdowns. Additionally, he caught 36 passes for 386 yards and four scores.

If you want to read more on Jeremy Allen and his quotes on his experience as an Iowa athlete, click on the link to Hawkeye Sports below! #OnIowa #GoHawks

hawkeyesports.com When Larry Wieczroek was named head men's track and field coach at the University of Iowa in 1998, his first order of business was signing a thrower he could build the program around. 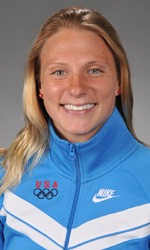 The Hall of Fame is starting a new segment called "Today in Hawkeye History!" Let us know what you think of this new addition and if you'd like to see more of it!

Excited to have the Bridgewater Men’s Club here at The University of Iowa Athletics Hall of Fame and Museum! 🐥🏆

Men of Iowa City/Coralville, we would love for you to join us for the next gathering of our Bridgewater Men's Club! This event takes place next Tuesday, July 30th, at University of Iowa Athletics Hall of Fame. Please call or email Grand Living at Bridgewater for more information or to RSVP! 319.930.3000 / [email protected]

Thank you Tippie Gateway for hosting your event at The University of Iowa Athletics Hall of Fame & Museum.🐥

thanks for stopping by🐥 #gohawks 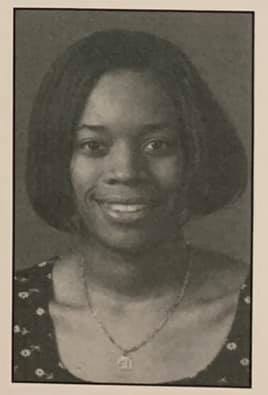 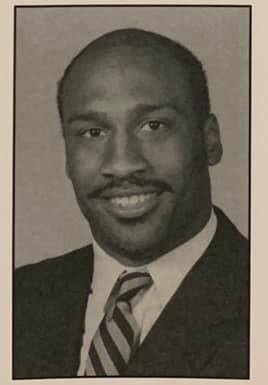 Leroy earned consensus first-team All-American honors as a member of the Iowa football team in 1991. That same year, he was named Big Ten Defensive Player of the Year, first-team All-Big Ten, and Big Ten Defensive Lineman of the Year. He recorded 18 sacks in 1991, setting a school and Big Ten record. He had a school record five sacks in Iowa’s 16-9 win at Ohio State, and was named to the Gannett News All-Time Iowa Football Team. 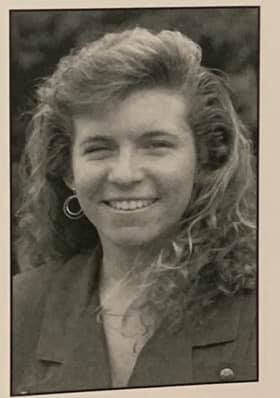 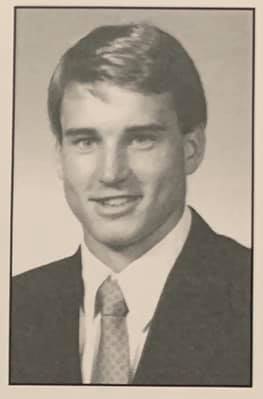 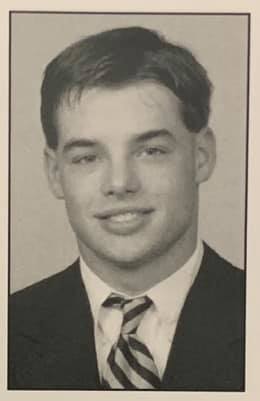 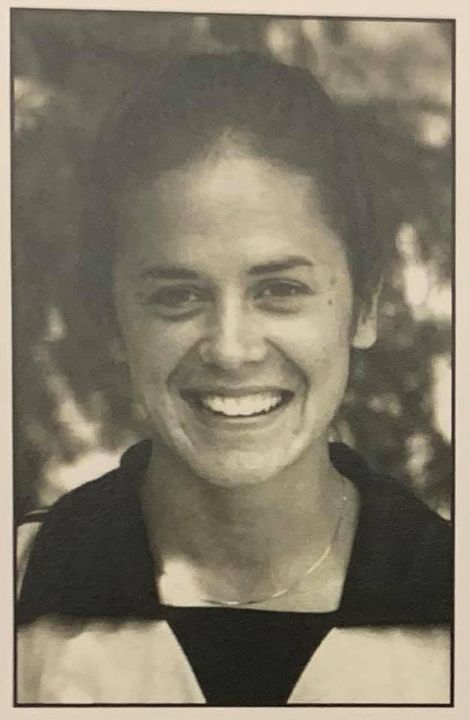 Deb was an All-American field hockey player from 1984-85 and holds the school record with 59 assists. She was named first-team All-Big Ten three straight years from 1983-85, and was named to the Big Ten All-Decade Team in the 1980’s. She competed at the United States Olympic Sports Festival for five years from 1985-90, and was a member of the U.S. National Team in 1989 and 1990.

Other History Museums in Iowa City (show all) Together, the Old Capitol Museum and the Museum of Natural History form the UI Pentacrest Museums, the university's doorways to discovery in the heart of downtown Iowa City.