The "race to space" continues...

Steven Spurrier died, earlier today. He was at home, at Bride Valley, surrounded by family. Steven was a pioneer in wine - a visionary who never lost his passion for new projects, new discoveries and the world of wine. He will always be remembered for founding the Académie du Vin, the celebrated Judgement of Paris and in recent years, the Académie du Vin Library and, together with his wife Bella, the Bride Valley Vineyard in Dorset, England – as well as much else besides. He was also a hugely loved husband, father and grandfather. He will be sorely missed, not just by his immediate family and friends, but by people right across the world of wine. His enthusiasm and love of wine will live on through Bride Valley, the Académie du Vin Library, the relaunched Académie du Vin in Canada and through the work of the many wine makers, wine writers and wine educators he championed.

A memorial will be organised in due course.

Scientists Discovered How to Ferment Coffee Grounds into 80-Proof Liquor

Virus turns off the beer taps as Munich cancels Oktoberfest

reuters.com Munich's Oktoberfest, the world's largest popular festival, where revellers from all over the globe swig beer by the litre and sing along to oompah bands, fell victim on Tuesday to the coronavirus pandemic.

You like wine - we like wine. And if you would like to know more about how Sommeliers deduce the vintage and varietal of a particular glass - here is a video from the experts:

guildsomm.com This is the first in a series of free webinars to support your studies in this challenging time. We are partnering with the Court of Master Sommeliers, Americas, to provide some of their seminars, beginning with this first installment. We are al...

From the archives: We point the skeptical eye at five popular beliefs about alcoholic beverages.

sfgate.com Nothing is impossible, beer fans: After more than 15 years of brewing the world-famous and sparsely available triple IPA Pliny the Younger, Santa Rosa's Russian River Brewing Company will release it in bottles for the first time in early 2020, from February 7-20. 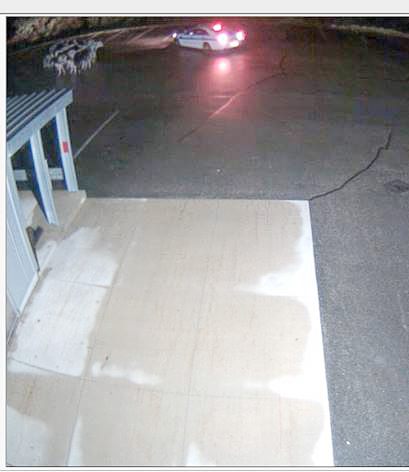 Yes, this actually happened -- some spotted cows came to visit the home of Spotted Cow!

Know your apples before you go apple picking...

richmond.com Virginia is cashing in a $1 billion bet on its 85-year-old state liquor monopoly.

It won't make you glow.

Drink in the News of Chateau Picard Wine

Coming to a planet near you...

startrek.com Let’s all raise a toast to Wines That Rock, which has introduced Star Trek Wines – including a 2016 Chateau Picard Cru Bourgeois from Bordeaux, France, and a Special Reserve United Federation of Planets Old Vine Zinfandel -- a collection of special vintages inspired by the vast Star Trek univers...

That's not an DOT-approved device...

kron4.com Police say the law requires children under 40 pounds to be secured in a child car seat and children under the age of 8 and 80 pounds require a booster seat.

brewbound.com Eight years ago, Dogfish Head and Boston Beer Company teamed up to brew a collaboration beer for the annual SAVOR craft beer and food pairing experience. Today, the two companies announced the signing of a definitive merger agreement valued at about $300 million. The deal is expected to close in the...

6 Experiences Beer Lovers HAVE To Try

Respect brings us together, and if anyone can convince Game of Thrones's Cersei and Tyrion to get along, a familiar furry red friend might just be the one. #RespectIsComing #RespectBringsUsTogether

More "beer from beyond" #Apollo50

collectspace.com Budweiser has brewed a new limited edition beer in celebration of the 50th anniversary of the first moon landing. Discovery Reserve American Red Lager draws its recipe from a Budweiser blend that dates back to the time of the Apollo moon missions.

This police department is looking for volunteers to get drunk

It IS in the name of safety, after all...

kron4.com The booze will even be provided by the police department.

The knight who said “Ni!” is now an actual knight

Alcohol and coffee can help you live past 90, study says

wusa9.com Researchers found that those who drink moderate amounts of beer or wine, along with two cups of coffee, increase their chances to live a long life.

If the captain is the brain of a starship, then the ship’s engineer is its heart. Aboard the Constitution-class Starship Enterprise, that heart is Chief Engineering Officer Montgomery Scott.

Today, with great pride, we announce Montgomery Scott Blended Scotch Whisky. A spirit that honors this extraordinary man and his extraordinary accomplishments with an authentic beverage, handcrafted and lovingly distilled in Scotland from the finest malted barley.

We hope you will join us in raising a glass to Starfleet’s finest engineer.

All the Wonderfully Weird Beers You Should Be Drinking

Drink deep of these "oat sodas"

wired.com 'Tis the season for Saison.

This, with a bucket of orange juice, works for me...

This Chart Shows Just About Every Brewery in the U.S.

Official Texas Navy Rum has arrived, available in the Galveston/Houston area at Spec's. Available in Light and Dark, in 750ml, 1.0l, and 1.2l bottles.

Are YOU an international beer expert? Because, according to this quiz, we are!!!

All things in moderation...

businessinsider.com A new study found that non drinkers are more likely to die early than those who drink moderately.

The Farm Preschool is an innovative preschool program in Fairfax County that provides a safe and nurturing environment where children can grow emotionally, socially and intellectually through developmentally appropriate experiences on an active farm.

With Jenny Craig, you don't have to count, track or worry about every meal. Our page is a place to learn more about the Jenny Craig program.

Our goal at Highball is to create a worry-free, fun, and memorable occasion for you and your guests!

Each petal of the four-leaf clover stands for something; faith, hope, love, and luck. It requires all of these to survive Brenna, an adventurous Bengal.

All of your plumbing services in one place. For anything from garbage disposal to dishwasher repairs, Golden Plumbing Services' professional staff can repa

Explore this working farm based on the 1920s - 1950s. Visit farm animals, crops and historical buildings. Enjoy a variety of fun and educational programs for all ages, as well as special events year-round. Open daily; admission is free.