We are a full service manufacturer that will work with you from concept to production. Our clients range from small business to Fortune 500 companies.

Laminated Components Inc. was founded in 1988 in Plainfield, Illinois in a facility no bigger than a garage. In 1993 we expanded to a 14,000 square foot facility in Wonder Lake, Illinois. Our current 50,000 square foot facility opened in 1999 in Hebron, Illinois, just 70 miles northwest of Chicago. Here we have state of the art equipment including four CNC routers, two CNC panel saws, three edgeba

nders, Black Bros. laminating line and much more. With our capacity and equipment we can make quick work of any job big or small, efficiently and with the quality you expect. Our craftsmen have over 20 years of experience manufacturing retail fixtures (displays), cabinets for the gaming industry, video amusement cabinets, kiosks and a variety of other custom jobs. Laminated Components also specializes in refurbishing laminated slot machines on- site. Got damaged or outdated laminate? Or do your powder-coated games need some style? Laminated Components will come on-site to repair any and all laminating needs. A high level of confidence can be had when working with Laminated Components, Inc. knowing your products will be done right, and on time.

A great feeling sending the last of a job on its way out!

It's that time of year and the sneezing never ends! Check out these natural ways to relieve allergy symptoms! http://abcnews.go.com/Health/Allergies/10-natural-ways-ease-allergies/story?id=18981304#10

Find us in Slot Tech Magazine!

This July marks Laminated Components' 26th year in business! A big thanks to all of our families, friends, hard working employees, and of course, our customers who have made this possible! Here's to 26 more!

Marty and Ruben are building a floor display for New Era. The two pieces are meant to be stacked on top of one another to make a tall standing display for Ne...

Moose, The Safety Monitor. Don't let her catch you without your glasses on!

Displays, our specialty. All day everyday!

A production line is only as good as its weakest member! Teamwork is the key!

“I am an optimist. It does not seem too much use being anything else.” -Winston Churchill

Happy Birthday to the one and only, Beth Eschner!

The Science of Laziness

Do you have the couch potato gene?https://www.youtube.com/watch?v=gd7wAithl7I

Why are some people so lazy? Is there a couch-potato gene? Check out 'The Sports Gene': http://amzn.to/1hcbtTr Science Of Productivity: http://bit.ly/1m97POC...

Ever play a pinball machine? Watch how it's made in this time lapse video, featuring Gregorio Zepeda! 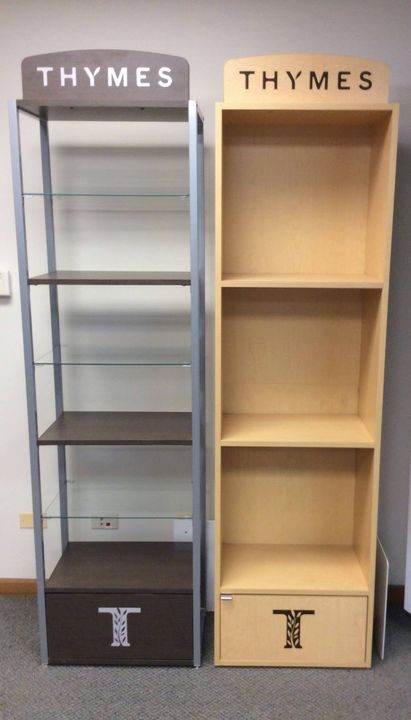 Thymes display, new and old. Can you tell which is which? Thymes

Happy Fourth of July! Thank you to all the troops past and present that make this day possible! Have a great weekend!

What would the Fourth of July be without fireworks?! In 2012, the U.S. imported $227.3 million in fireworks. The real kicker? We imported $218.2 million of that from China! https://www.census.gov/newsroom/releases/archives/facts_for_features_special_editions/cb13-ff14.html

census.gov Facts for Features: The Fourth of July 2013

The weather isn' the only thing heating up around here! Our boys have been putting in overtime to finish the quarter out strong! Things are hot at Laminated this summer!

Interesting read on the history of Point-of-Purchase displays. Starting in the 60's, P.O.P. displays are still an imperative part of advertising today! http://pogospring.com/the-history-of-retail-store-displays-5494/ Call Laminated Components for your P.O.P. needs today!

pogospring.com An incredible amount of research goes into what drives people to make purchasing decisions. The results of that research are manifested in retail store displays

After a hard week of work, Moose isn't the only one looking forward to the weekend!

Marty and Ruben building photo booths in this time lapse video. Check out how it's made!

Be on the lookout for our display at several Best Buy locations in the Chicagoland area including McHenry, Crystal Lake, and Algonquin!

Illume display in its natural habitat

Fernando and four others were able to refurbish 419 games in four days!

Check out how the Northwood Router works at Laminated Components!

Our crew is working hard in Baltimore this week. Reworking some slots for Horseshoe Baltimore Casino! Caesars Casino

Took a walk down memory lane. Dates back to 2001! where is our mission!

The Holzma Saw is the MVP in this week's video! See how it's done!

The featured machine this week is the HPL Cold Press! Take a look!


Other Retail Companies in Hebron (show all)