The Honorable Toni Bean passed away on March 19, 2022. The members of our firm have all practiced in front of her. She was a wonderful person and although we didn’t always agree with her rulings, she treated us as well as everyone else in her courtroom with dignity, respect, and a commitment to professional courtesy. May she Rest In Peace. She will be missed by us as well as the legal community in Suffolk County, New York.

Attorney Peter Mayer on News 12 defending the rights of the accused and the presumption of innocence.

Video-Chat Juries and the Future of Criminal Justice

Here is an interesting article about current propositions to attempt to accomodate the litigant’s constitutional rights to a trial by jury while continuing to promote the health and welfare of the community during the Covid-19 pandemic.

Video-Chat Juries and the Future of Criminal Justice Could a trial by one's peers still work when all one's peers are WFH?

Founding Partner Pete Mayer explains the bail reform laws of 2020 to News 12 after successfully persuading the judge to release his client on his own recognizance.

Demonizing Defense Lawyers Threatens The Quality Of American Justice That this is now common practice at Harvard underscores the depth and breadth of constitutional ignorance.

The rules of ethics for the judiciary were put in place so judges don’t get into fights at White Castle after an all night bender at a nudie bar I guess.

3 Indiana Judges Suspended After White Castle Brawl That Left 2 Of Them Wounded The Indiana Supreme Court found that the three had "gravely undermined public trust." The fight apparently started when one of the judges raised a middle finger at two men yelling from a passing SUV.

These Machines Can Put You in Jail. Don’t Trust Them.

If you or someone you know blows into one of these machines after being arrested for DWI, call Mayer Baron PLLC. We have been researching all of the issues that these machines present and using those issues to our clients’ advantage.

These Machines Can Put You in Jail. Don’t Trust Them. Alcohol breath tests, a linchpin of the criminal justice system, are often unreliable, a Times investigation found.

This Marine is a long term permanent resident of the United States and also is a decorated war veteran. Due to issues with PTSD, he was arrested and convicted of felonies, which he completed his sentences for. Due to the convictions, the US Immigration Court revoked his status and deportation proceedings have begun. What are your thoughts?

Marine Iraq War veteran to be deported Tuesday to El Salvador Jose Segovia-Benitez served in the Marine Corps from 1999 to 2004. He has not lived in El Salvador since he was 3 years old.

You have the right to remain silent and not have
that silence held against you. Now shut the f^#% up.

The Suffolk County District Attorney’s Office has lost two of its finest in the past week. Rest In Peace to Dari Schwartz and to Bill Reynolds. Both attorneys worked very hard and were very tough, but they were also very fair, which is all you can ask for in a prosecutor as a defense attorney. And we at Mayer Baron, being former prosecutors, worked both with them in the office and against them in private practice, but we always were able to get along when we weren’t in court. Both of you left this Earth too soon, but we all know you are both in a better place now.

Big news on a big case. Congratulations to the defense team.

Harvard Is An Embarrassment To American Higher Education

This is appalling. Everyone has the right to have effective assistance of counsel.

Harvard Is An Embarrassment To American Higher Education Harvard erred egregiously in firing Ronald Sullivan as faculty dean of Winthrop House, allowing radical students to try to subvert a basic principle of American democracy, that accused persons have the right to legal representation in court. Heads should roll at Harvard, but not Sullivan's.

Everyone out there should remember three things this Memorial Day Weekend:

1) Don’t thank a veteran. Wait until November to do that. Instead, remember those who bravely fought and died for our country.

2) If you drink 1 or 2 drinks over a long period of time (2-3 hours), and you are pulled over by the police, take the test. Your body absorbs .02% alcohol every hour on average. If however you have been drinking all day/night and you are pulled over, do NOT take the test. Although you will face a revocation of your driving privileges in New York State, the government’s case against you for DWI, which they have to prove beyond a reasonable doubt, just became much weaker.

3) The Office of Mayer Baron PLLC stands ready to assist you 24 hours a day at 631-60MAYER (606-2937). If you are arrested for any reason this weekend, do not answer any questions the police ask you and tell them you want to call your lawyer. Then call us. 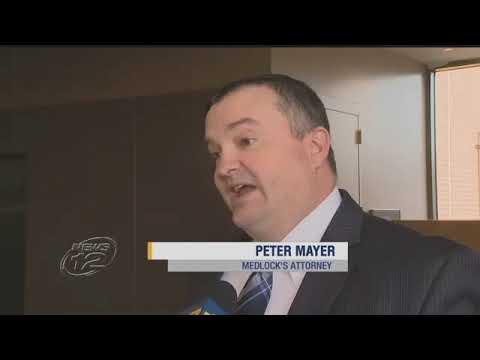 Illegal search by the Grinch Police!

Elderly couple busted with 60 pounds of weed—‘for Christmas presents’ They said they didn't know it's illegal to transport it.

It was worth a shot I guess.

After 30 years in U.S., metro Detroit immigrant deported to Mexico

The area of immigration law is constantly evolving and changing. Articles like this one highlight the problems with the system and why immigration attorneys who will fight for their clients are needed. Mayer Baron PLLC has teamed up with The Law Office of Melissa S. Aguanno, PC to provide immigration counseling and legal representation.

After 30 years in U.S., metro Detroit immigrant deported to Mexico Jorge Garcia of Lincoln Park, who has lived in the U.S. since he was 10 years old, was deported Monday morning to Mexico.

This is why criminal defense attorneys are needed in order to maintain the integrity of the judicial process. Everyone is innocent until proven guilty.

Everyone is presumed innocent until proven guilty.

This is a huge breakthrough in discovery requirements on the prosecutor in a DWI case.

Nassau DA Must Produce Breath-Test Records in Drunken-Driving Case, Panel Rules | New York Law Journal Nassau County District Attorney Madeline Singas' office was thwarted Thursday in its bid to challenge a judge's order requiring it to turn over documents related to a drunken-driving case a ruling of first impression that could require New York prosecutors to turn over millions of additional pages o...

Mayer Baron PLLC wishes to congratulate the new District Attorney-elect of Suffolk County, Tim Sini, as well as all the candidates who are newly-elected judges and public officials across Long Island. Here is a link to see the most recent updates to the election results from 2017:

A fascinating look at New York City in the 70’s.

Old New York, Seen Through a Cab Driver’s Windshield Joseph Rodriguez documented the world outside his taxi during the 70s and 80s.

Suffolk DA Spota, aide indicted in Burke cover-up Longtime Suffolk District Attorney Thomas Spota and one of his chief aides have been indicted on federal charges in a cover-up of former Suffolk Police

This story illustrates why Brady violations by any prosecutor should never be condoned.

Prosecutorial misconduct bungles murder case against suspected shooter Demitri Hampton had goals to serve and protect his community, and in his last moments alive he did just that, protecting his family from several armed men who stormed into their home.

The prosecution has an obligation to turn over exculpatory material. This is what happens when they violate that rule. In no way, shape or form should any violation by the prosecutor ever be condoned by the Bar or the community in general. People's lives are literally at stake in cases such as these. 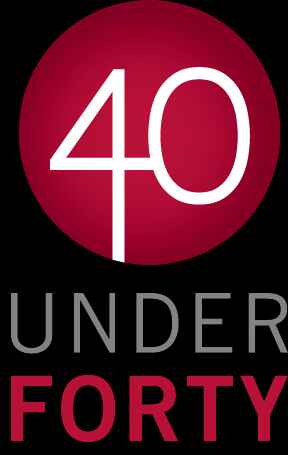 Congratulations to founding partner Anthony Baron for making it to the final round of the Stony Brook University 40 Under Forty list. Anthony is a fantastic lawyer who never stops fighting for legal rights and more importantly a great family man and friend.

Stony Brook 40 Under Forty Stony Brook Alumni Association showcases forty individuals under 40 years of age who have made an impact since graduating from SUNY Stony Brook.

Please donate if you can. Many families are in need.

The Law Firm of Mayer Baron PLLC is proud to announce that we will be teaming up with Edward Burke Jr. & Associates, LLC and the Law Office of Melissa S. Aguanno PC in order to provide legal representation for those who are in need of Immigration Legal Services commencing November 1st, 2017.

She Was Convicted of Killing Her Mother. Prosecutors Withheld the Evidence That Would Have Freed Her.

This article illustrates the reasons why American prosecutors need to adhere to the Brady rule. Without such a requirement, the chances of an innocent person being incarcerated for a crime they didn't commit drastically increase. American values do not allow for that type of existence in society. That is why if any prosecutor is found to be in violation of this rule by intentionally withholding such evidence, that prosecutor should lose not only his job, but his license to practice law.
https://mobile-nytimes-com.cdn.ampproject.org/c/s/mobile.nytimes.com/2017/08/01/magazine/she-was-convicted-of-killing-her-mother-prosecutors-withheld-the-evidence-that-would-have-freed-her.amp.html

She Was Convicted of Killing Her Mother. Prosecutors Withheld the Evidence That Would Have Freed Her. Noura Jackson called 911 at 5 a.m. on Sunday, June 5, 2005. ‘‘Please, I need, I need an ambulance, I need an ambulance right now!’’ she cried. ‘‘Someone broke into my house. My mom — my mom is bleeding.’’ She panted as she waited a few long seconds for the operator to transfer her. ‘‘She’s not breat...

Other Hauppauge government services (show all)

This page is all about film and cultural arts in Suffolk County. If you are interested in filming o

Our water delivery options mean you´ll always have crisp, clean, delicious water when you want it.

We strive to provide well-rounded human services to every person in Suffolk County; we care and work

Richard Blaise & Associates is a complete investigative research and adjusting firm, which was formed to provide expert claims service to the insurance industry, legal professional...

Our agency works to provide all the proper insurance coverages you need. We can provide monoline coverage or package policies that will cover you for multiple lines of coverage. Pl...