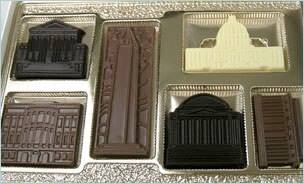 PETA (People for the Ethical Treatment of Animals)

With Lent and Easter coming up, we annually support the effort to Make Mine Chocolate!, encouraging everyone to give chocolate Easter bunnies rather than live rabbits who often end up in shelters. That said, February is Adopt-a-Rescued Rabbit Month and we also support *responsible* rabbit adoption through organizations like House Rabbit Society and Friends of Rabbits.

Want to slim? Get stuck into the chocolate and red wine

Professor Tim Spector, of King’s College London, said that everything we think we know about diets is wrong and that rather than depriving ourselves of our favourite foods, we should eat them instead.

Why Are Chocolate Easter Bunnies Hollow?

Ever wonder why chocolate bunnies are hollow? http://www.smithsonianmag.com/arts-culture/why-are-chocolate-easter-bunnies-hollow-84480131/

www.smithsonianmag.com Isn't it cruel to disappoint kids, who bite into what looks like solid chocolate and are confronted with emptiness?

Even Better than the Real Thing? 8 Reasons to Choose a Chocolate Bunny This Easter

8 reasons to Make Mine Chocolate! this Easter when it comes to bunnies https://historicalchocolate.wordpress.com/2010/02/22/make-mine-chocolate/

historicalchocolate.wordpress.com Bella, a brown and white Dutch mix rabbit, spends her days hiding under furniture, sneaking into the kitchen, and being scratched between the ears by her owner Barbara Post. Nine years ago, however... 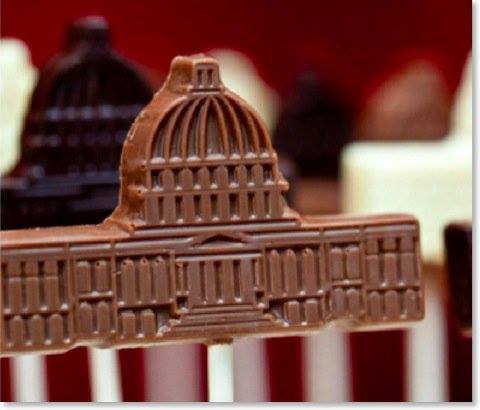 May your #NationalChocolateDay be historic!

While kids may not have come to appreciate dark chocolate, adults seem to love ours! https://youtu.be/l0fJnbuc1ig

Splendid chocolate - when you grow up you'll get it

wtop.com WASHINGTON — Everyone calm down. It’s only one study, and even one of the authors says you shouldn’t take it too literally. Read all the caveats — please. All right, here it is: Eating chocolate…

Even Better than the Real Thing? 8 Reasons to Choose a Chocolate Bunny This Easter

The ASPCA estimates that thousands of rabbits end up in shelters or are abandoned into the wild after Easter each year. That's we support the House Rabbit Society and Make Mine Chocolate! campaign. https://historicalchocolate.wordpress.com/2010/02/22/make-mine-chocolate/

historicalchocolate.wordpress.com Bella, a brown and white Dutch mix rabbit, spends her days hiding under furniture, sneaking into the kitchen, and being scratched between the ears by her owner Barbara Post. Nine years ago, however...

A piece of chocolate a day...

makinghistorynow.com Britain has been a nation of chocolate-lovers since the 17th century and history shows the chocolate drinking craze actually began with the royal family and tr

While we love this historical chocolate from France, we won't be adding this to our product line any time soon... http://bit.ly/1tmeOr8

mividaenunbowl.blogspot.com Let's discover the jewel of Sicilian sweets, the chocolate of Modica, in sicily!

The Official Old North Church operates Jackson’s Historic Chocolate Shop, named for Captain Newark Jackson who owned a chocolate mill and made and sold chocolate in his shop in Boston’s North End in the 1740s http://oldnorth.com/captainjackson/

oldnorth.com Taste the sweeter side of the Revolution! Visitors will be able to touch, taste, smell, and experience 18th-century chocolate as it was enjoyed by some of Boston’s most famous Revolutionary-era patriots. Our costumed interpreters discuss the way colonial Americans prepared and consumed chocolate. Di…

wired.com 1550: Chocolate is introduced in Europe, and the Mexican drink creates a passion that endures after nearly half a millennium. Europe came late to the joys of chocolate. Native to Mexico, Central and South America, cacao cultivation dates to at least 1250 B.C., according to archaeologists. Mayans gre…

Why a bar of dark chocolate could put a spring in your step http://www.telegraph.co.uk/health/10942402/Why-a-bar-of-dark-chocolate-could-put-a-spring-in-your-step.html

independent.co.uk In its ongoing mission to combine all foodstuffs until we just eat homogenous goo that tastes like everything, the United States of America has come up with chocolate fried chicken.

Holographic Chocolates Look As Beautiful As They Taste

Holographic (not Historic) Chocolates Look As Beautiful As They Taste http://www.npr.org/blogs/thesalt/2014/06/14/321816570/holographic-chocolates-look-as-beautiful-as-they-taste

npr.org Scientists have given traditional Swiss chocolate-making a colorful twist by devising a method to imprint shiny holograms onto the sweet surfaces — sans harmful additives. In a recent trip to Charleston, we visited the Edmondston-Alston House, managed by the Middleton Place Foundation

It's graduation time, these University of Virginia Rotundas are favors for an upcoming event! http://instagram.com/p/o8eZr5s8-1/

instagram.com It's graduation time! Dropping off @theuniversityofvirginia Rotundas as favors for a major event.

How do you save more chocolate for yourself?

Just dropped off our first order for our newest chocolate, the National War College in DC

The history of the chocolate bar in an infographic http://iamrobertshaw.co.uk/The-World-s-Best-Chocolate-Bar

iamrobertshaw.co.uk The history of the chocolate bar in an infographic

Delivering little Lincolns as favors for an upcoming wedding

instagram.com Starting production on our newest chocolate for the National War College!

It's funny, we often get asked about what other buildings in Washington DC we offer in chocolate, but no one ever asks about the Internal Revenue Service Building...

149 Years Ago Today: President Lincoln is assassinated at Ford's Theatre while watching "Our American Cousin" on April 14, 1865 17 Reasons You Should Eat Chocolate Every Day

huffingtonpost.com In case you needed another excuse to eat chocolate, we've got 17 for you....

Pin by Historical Chocolate Company on History of Chocolate | Pinterest

pinterest.com April 12, 2014 11- 4 A day of sharing chocolate’s fascinating journey through time. Chocolate has been woven through the fabric of American culture for centuries. Along with our docents we will bring the history of chocolate to life through lectures, tastings and interactive demonstrations using aut...

NPR story explains why you should "Thank Your Gut Bacteria For Making Chocolate Healthful". It doesn't hurt that dark chocolate tastes so good too! http://www.npr.org/blogs/thesalt/2014/03/18/290922850/chocolate-turns-into-heart-helpers-by-gut-bacteria

npr.org Dark chocolate may help the heart and waistline. Now scientists have figured out one reason why: Bacteria in the gut turn cocoa into compounds that lower inflammation and make us feel full. Come by to enjoy your favorite ice cream today, and we'll take you to a euphoria experience. "Get a scoop of happiness!" We are located at Fairfax Corner across from the Plaza. We offer cake, ice cream cone, smoothie, shake, sundae, and a lot of fun.