I settled a divorce case this past weekend, so I have a little time to pontificate.

Our firm provides legal services in the areas of family law, criminal law, personal injury, immigration, and business law. Our firm has now merged with the law firm of Tate Bywater, PLC

We regularly practice in all of the counties in Northern Virginia including Fairfax, Arlington, Alexandria, Prince William and Loudoun. Based on our attorneys’ extensive in court experience, we are familiar with the personalities, idiosyncrasies, and tendencies of most of the judges, prosecutors, and other attorneys in the area. Therefore, we are able to advise our clients of the most likely outcome in their case. In many of our cases, that specific knowledge can make all the difference. We are dedicated to protecting our clients’ rights, whether it is through appropriate negotiation of a settlement or through litigation. Our attorneys specialize in providing advice and representation in matters involving: Divorce: No matter how complex or simple, divorces are stressful but it is important not to let emotional or financial pressures to guide your decisions. Our attorneys will evaluate your case and guide you in the right direction. Child Custody and Visitation: When a divorce or break-up of a non-marital relationship involves children it is necessary to determine a custodial schedule that would be in the best interests of the children. Spousal Support and Child Support: We will evaluate the earning history and earning potential of both parties, as well as several other important factors, and insist on a fair support arrangement. Property Division: Our attorneys have the experience to evaluate a couple’s assets and debts and advise our clients regarding the laws governing the division of property. Protective Orders: often divorces begin with protective orders. Regardless of which side of the protective order you are on, we will fight for your desired outcome. We hope that the information on our website is informative and helpful to you. We offer free consultations for many types of cases and our retainer fees are reasonable and competitive. If you are faced with a legal issue, contact us today to schedule an appointment. Again, thank you for considering our firm and we hope we have the opportunity to meet you and discuss your case. Translation and Interpretation available upon request in Arabic, Farsi, English, Spanish.

I am excited to announce that as of January 2, 2019, I became a partner at TateBywater, PLC

It is an excellent law firm in Vienna, Va., established in 1972, and all of my partners are AV-rated attorneys with extensive trial experience covering a wide range of practice areas. More importantly, we are licensed to practice in Virginia, Maryland and DC.

To all of my family, friends, and colleagues, thank you for your support and guidance over the past 19 years. Of course, I appreciate your continued support with my new firm.

tatebywater.com TATE BYWATER exists to help you tackle the tough legal issues in your life. Whether you’re starting a business,have suffered a major accident, or have been accused of a crime, TATE BYWATER’s experienced attorneys are ready to advise and help you. Learn more.

[02/25/18]   There are limited reasons why a person should "have to go to trial" (assuming that no reasonable agreement can be reached prior to the trial):

1. To stay out of jail;
2. To get custody/visitation with your children;
3. Money (child/spousal support, breach of contract, etc.);
4. Specific performance.

Just to be clear: "Let's take them to court for the principle of it," is simply not an option; and it is not the type of client an experienced trial attorney should accept.

Tonight, I begin my 14th year teaching hospitality law at Northern Virginia Community College. Although I primarily serve as a family law and criminal defense attorney, I also provide consultations and represent a number of small business owners in the area.

As part of my first lecture, I remind my students that most "Mom &Pop" shops do not have legal fees in their budget when starting a business. There is a misconception that it will cost them thousands of dollars (which will definitely be the case if you fail to read the fine print in your lease or operating agreement) to engage an attorney.

Having previously owned a restaurant in DC, and now owning a restaurant in Fauquier County for the past 3 years, I understand why you would rather pay for new equipment than an attorney. I get it. However, spending a few hundred dollars for a consultation/review prior to signing anything is a wise decision.

If you have a small business, or you are considering owning your own business, please contact me to discuss it. I will work with your budget (even if you don't have one) and I am certain that you will leave my office satisfied with the advice/guidance I can provide you.

At the end of the day, it doesn't matter if it is a law firm or a restaurant; your customer service is the key to your success.

To everyone who has trusted me as their attorney over the past 18 years, thank you. Wishing you all a prosperous 2018.

abajournal.com Prosecutors in Norfolk, Virginia, have dropped charges against a mother who says she put a digital recorder in her daughter’s backpack to catch bullies after school officials failed to act.School

nbc29.com Governor Terry McAuliffe on Nov. 3 announced that, for the second year in a row, Virginia’s re-incarceration rate is the lowest in the country among states for which data was available, at 22.4 per... 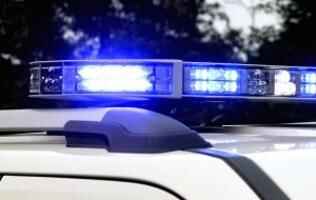 insidenova.com Fairfax County police are offering a warning to motorists this weekend: Don’t drink and drive. Officers will be conducting two checkpoints in the county.

nytimes.com The decision, over an Asian-American band named the Slants, could mean that the Washington Redskins name will keep federal trademark protection.

Officer Who Helped on 9/11 Honored in Arlington

nbcwashington.com The name of a police officer who died from cancer he contracted while working on the recovery efforts at the Pentagon following 9/11 has been added to a Virginia memorial honoring law enforcement officers...

Who Is Neil Gorsuch, Trump's First Pick For The Supreme Court?

npr.org Gorsuch, 49, is one of the youngest Supreme Court nominees in decades. The judge has a sterling legal pedigree and has been likened to Justice Antonin Scalia, whom he is in line to replace.

sba.thehartford.com Need some tax tips for your small business? Here are 5 truths to help you get through tax season.

m.huffpost.com I try. I really do. I really try to watch legal shows without shouting at the TV. It's like watching the presidential debates without doing that -- impo...

www.washingtonpost.com Plea comes on day murder trial scheduled to start for Torres in shooting of unarmed man in Springfield in 2013.

wjla.com SHENANDOAH COUNTY , Va. (ABC7) — A Woodbridge woman is missing and her car was found abandoned Saturday night in the Shenandoah National Park in Shenandoah County, Va., according to Virginia State Police.

Honoring the fallen and praying for the wounded. #RIPAshleyGuindon

www.washingtonpost.com Bill is needed to protect religious freedom in the face of shifting cultural attitudes toward gay rights and the legalization of gay marriage, supporters say.

pilotonline.com The Virginia Senate voted 25-15 on Monday to keep the names of all police officers and deputy sheriffs a secret.

www.abajournal.com A Chicago attorney has sued Avvo, contending that the company’s online lawyer directory is violating a state statute by using professional information on the site without permission.

Common Tax Issues for the Recently Divorced or Separated

m.huffpost.com Tax season is officially upon us, as employers had a January 31 deadline to issue W-2s to their employees and an IRS filing cutoff of April 18. While completing your taxes is generally a burdensome...

www.theguardian.com Board of disciplinary appeals upholds decision against Charles Sebesta, who presented false testimony and withheld information in case of Anthony Graves 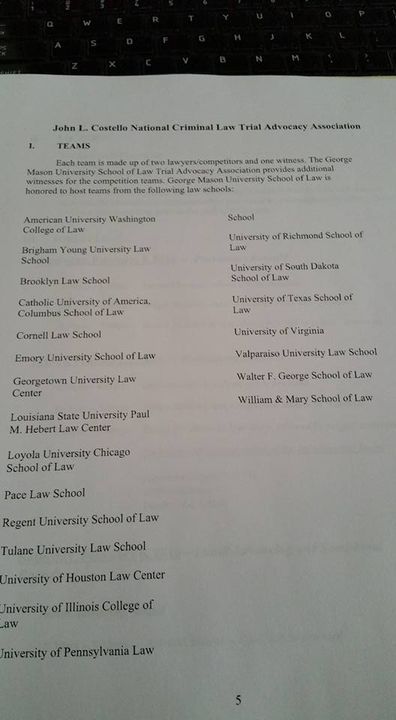 Congratulations to all the schools who participated and good luck to the semifinalists. Great job by all. 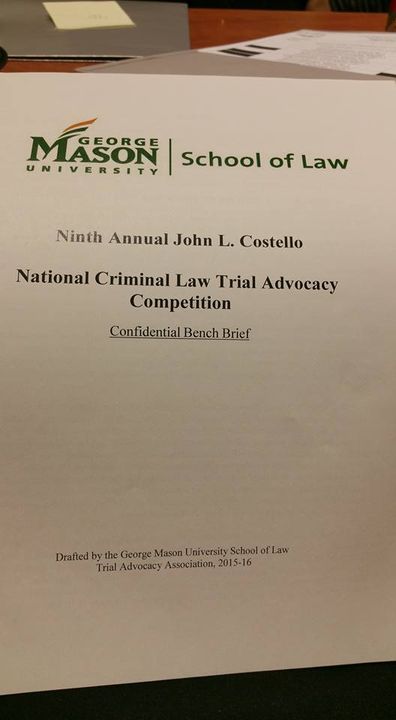 Honored to participate as a judge in this year's competition. Good luck to all the students.

Va. will once again recognize concealed carry permits from other states

patch.com Fairfax City, VA - While conducting an online transaction, a woman and her daughter were robbed by a man with a pistol in Fairfax High School’s parking lot. | Patch

www.eji.org This means that hundreds of people who were sentenced to die in prison as juveniles are now entitled to a new sentencing!

poorrichardsnews.com   Texas district Judge Elizabeth E. Coker is stepping down from the bench after being caught engaging in a massive perversion of justice. A whistleblower revealed that Corker was sending text messages to prosecutors with suggestions… We handle all Traffic, DUI/DWI and Criminal cases. We also practice Personal Injury and Bankruptcy Law. For a home that's a jewel, insist on Dave Newell. Reckless Driving in Virginia - Information on Laws, Penalties, and Updates