Check in frequently to see upcoming community events, hear about local top stories, network with other community members, and much more!

Something fun to do this weekend with the family.

For those of you living in Loudoun County, here is a great resource for "One Loudoun." Loudoun's newest downtown community.

Loudoun’s New Downtown One Loudoun is a gorgeous new mixed-use community in the heart of Loudoun County. One Loudoun has become the one all-encompassing place for living, working, shopping, dining and recreating in the area.

University Mall, across from George Mason University, off Braddock Road & Route 123, is finally getting a face lift. See link for more details.

University Mall Plans have been submitted to Fairfax County to renovate and expand this shopping center to 200,000 square feet. With the addition of six new buildings and some exciting new tenants.

Here is something fun to do this weekend. Maybe find holiday gifts for those that are challenging to buy something for. :)

This community theatre has wonderful performances coming up in the near future. 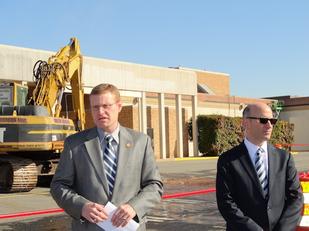 Something fun to do with the grandkids!

NEW OVERPASS ON ROUTE 286 AT FAIR LAKES OPENS NOV. 15 FAIRFAX ─ In time for the morning rush on Thursday, Nov. 15, the Virginia Department of Transportation will shift traffic onto the new Fairfax County Parkway (Route 286) bridges over Fair Lakes Parkway and Monument Drive.

Here is something fun to do this weekend in Fairfax City.

Here are some great helpful reminders from my home inspector.

The Customizable $41k Refrigerator | Incredible Things This is Robey's Meneghini three-door La Cambusa, a customizable refrigerator. Well, to be fair, calling it a refrigerator is kind of an understatement. It's 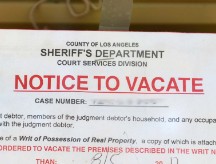 Foreclosures fall in 62% of major markets

Foreclosures fall in 62% of major markets Foreclosures fell in nearly two-thirds of the nation's largest metro areas during the third quarter, according to RealtyTrac.

Something fun to do this weekend with entire family! 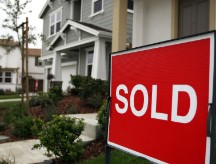 A housing boom could be coming, some experts say

A housing boom could be coming, some experts say Some believe the next housing boom is underway, which could take prices back to peak levels and double home building within a few years.

Smoke alarms are an important defense against injury or death in house fires. The National Fire Protection Association states that nearly two-thirds of home fire fatalities happen in homes with non-working or missing smoke detectors. Most building codes now require smoke detectors in all residential structures, which has resulted in a steep drop in fire- and smoke-related deaths. Homeowners should check with their local public safety office or fire department for specific information on these requirements.
•As in real estate, location is important! Smoke alarms should be in installed every bedroom, outside every sleeping area, and on each level of the home.
•Alarms should be placed high on a wall or on the ceiling. It's best to follow the manufacturer's instructions for placement. High, peaked ceilings have dead air space at the top; smoke alarms should be placed no closer than 3 feet from the highest point.
•For areas close to the kitchen, use a detector with a hush button that can be used to silence nuisance alarms triggered by cooking smoke or steam. Alternatively, consider installing a photoelectric alarm, which is better at detecting smoldering fires (vs. flames) near the kitchen. Never remove the unit's battery to stop or prevent nuisance alarms.
•There are two primary types of smoke alarm technology: ionization and photoelectric. According to the National Fire Protection Association, ionization alarms are more responsive to flames, while photoelectric alarms are more sensitive to smoldering fires. For the most comprehensive protection, both types or a combination unit should be installed.
•Test the alarm monthly. Put a reminder in your calendar to do this on the first or last day of the month, for example. The units have a test button that will sound the alarm for a brief time when pressed. Any alarm that fails to sound should have the battery replaced. If the test button fails with a new battery, replace the entire detector immediately. Monthly testing is also an ideal time to dust off the unit.
•Replace the batteries at least once a year. A common rule of thumb is to do this when changing to or from Daylight Saving Time in fall and spring. Some alarms come with 10-year batteries; for these, follow the manufacturer's recommendations for battery replacement. Remember, a non-working alarm is no better than no alarm at all.
•If the alarms are hard-wired to the home's electrical system, make sure they are interconnected for maximum effectiveness - meaning that if one alarm is triggered, all of the others will sound as well. Any hard-wired alarms, interconnected or not, should be installed by a licensed electrician.

Northern Virginia Fall Brewfest — An outstanding lineup of bands has been scheduled for the 6th Annual Northern Virginia BrewFest including two favorites from previous BrewFests: T’Akila Jones and The Congress and joining us for the first time will be Swiftkick, Jason Dean, Station 1201 and the Trey Schneider Band. Saturday: 12:15 –...

CITY OF FAIRFAX FALL FESTIVAL -- OCTOBER 13th
This traditional Fall Festival in the heart of the City of Fairfax is full of unique and interesting crafts & gifts with stalls and activities from local art groups and businesses will fill the streets of downtown City of Fairfax. More than 400 juried crafters, childrens rides, music and foods will provide something to entertain everyone. Come and enjoy a traditional day out with all the family. Rain Date October 14, 2012 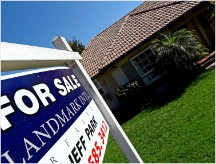 Home prices back to '03 levels

Since I am starting see those dreaded stink bugs in my house now that the nights are getting cooler, I thought I would share this article/video with you.

Unlikely predators helping to control stink bugs Many indigenous insect species are "switching over" and dining on stink bugs, says Mike Raupp, professor of entomology at the University of Maryland. More effective insecticides with specific purposes are also proving more successful in controlling the spread of this bothersome species.

Expansion of Capital One’s headquarters in Tysons Corner is approved

This is just the beginning of how the entire Tysons Corner area is going to evolve.

Expansion of Capital One’s headquarters in Tysons Corner is approved It is one of the first major projects to win rezoning, under a master plan to create an urban downtown Fairfax.

Signs of Strength Continue Deep into Summer in DC Metro Housing Market | RBI Rockville, MD – (September 10, 2012) – The following analysis of the Washington, D.C. Metro Area housing market has been prepared by RealEstate Business Intelligence (RBI) and the GMU Center for Regional Analysis and is based on August 2012 MRIS housing data.

Here is a link to why Fairfax County is so fantastic to live in -- there are endless places to visit -- parks, museums, wineries, historical sites, and so much more! 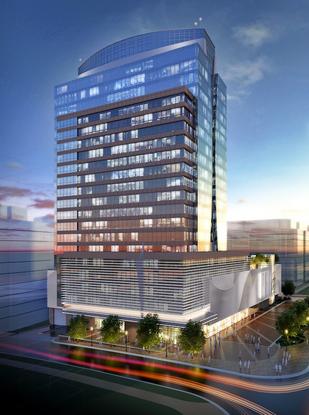 I have heard August did even better!

Home sales AND prices up 6% in July 2012 | Virginia Association of Realtors The July 2012 Virginia Home Sales Report has been released and most state-wide indicators show an improved housing market in the Commonwealth.


Other Fairfax law practices (show all)

***If you have a traffic or criminal case in Northern Virginia, please call us for a free consultati

Contact The Sprano Law Firm husband-wife team for a free consultation. If you have been charged with