The High Center
One Alpha Drive

Special thanks to and Kim Deiman Allegrezza for the amazing opportunity!
Check out our video exclusive with AXS TV Concerts / axs! Please hit the link and share with someone to watch the video! We want to represent baltimore as much as we can!! Special thanks to , Kim Allegrezza Music News, Studio One Seven Eight, To Tony Productions, Transcendent Events, and Baltimore Soundstage

Click and share!
https://www.axs.com/exclusive-video-premiere-survive-make-the-fall-by-imbued-119383
Great atmosphere for recording! We really appreciate the experience!
Off and running for 2017!! Tonight we will be at Loxley's at the Heritage Hotel Lancaster and Loxley’s Restaurant on Centerville Road from 7-10pm. Friday we return to one of our favorites, Lucky Ducks Bar and Grille in Elizabethtown. Music from 7-10pm. Saturday we will be in the York area at The Pub on the Trail from 8-11pm! Early heads up, our Grateful Dead tribute, Hydroponic Philharmonic, will be The Stoner Grille in Lancaster next Friday 1/13. Showtime 8:30. Our original band, Tonic For Dogma will be completing work on our album this weekend at Studio One Seven Eight! Cant wait for people to hear it! Have a great rest of the week/weekend!!
Thank you everyone for an incredible show last night! It will be one to remember! Shout outs to Baltimore Soundstage, Violence in Vanity, Through The Wake, When Gotham Falls, This September, Studio One Seven Eight, and 24-7 Entertainment
Congrats on the new studio! Good luck finding the next Menudo!
Can someone inbox me your rates to record?

Studio One Seven Eight is a recording studio in Elizabethtown, PA. We cater to bands, singers and so

Working on profiling a Friedman Runt 50 with a Kemper!

Playing with a few new toys!

Check out our video exclusive with audio we recorded at the studio now on AXS TV Concerts / axs!
Please hit the link and share with someone to watch the video! We want to represent baltimore as much as we can!! Special thanks to , Kim Allegrezza Music News, Studio One Seven Eight, To Tony Productions, Transcendent Events, and Baltimore Soundstage

Check out the latest recording we did and give these guys a like!

"Stand, Fight, Love" is now available for download on all your favorite digital media outlets. Get it now!

Check out the new single we recorded for Goat Skull Rebellion 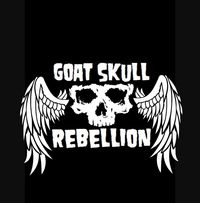 Just finished the mix and master for the band Imbued's first single! Can't wait to share.

Did some Guitar tracking today!

So we added a few more toys to the studio which include some 500 series pieces:

This weekend we will start recording drums on the E.P. for a new band called Imbued!

Bogner Uberschall and cab shoot out

Quick Demo we did using a Mesa Boogie Mark V 25

Drum tracking at studio one seven eight with Mike Shank!

All about that bass!

Working on some solo stuff today!

Other Business Services in Elizabethtown (show all)

Making Sense of Your Digital World.

The High Center was founded with a mission to serve and strengthen family-owned, and privately-held

We are a trusted partner for our clients, delivering quality offset and digital printing, large format printing, design, mailing, fulfillment and marketing solutions.

The American Association of Meat Processors is a trade association that serves over 1,500 members.

this company is ran by Anthony Hammond. I wanted to do some thing that mad a difference for my children future. So I started A&H Recycling. So I hope by me do a life time of rec...

Designs unlimited provides one of a kind custom apparel and team gear. In business, since 1984 Designs Unlimited is owned and operated by Matt Denlinger

EACC is focused on fostering business relationships that strengthen the Greater Elizabethtown Area.