The University of Iowa Office of the Registrar
2 Jessup Hall, Iowa City

Jackie has a special message for everyone who has donated and supported her kitchen remodel! We’ve had a lot of help with our Small gift. Big Impact. project 🙌 We want to say special thanks to HBS - Herren Building Services, J&S Plumbing Heating A/C, and Cville Electric for pitching in! 🔧🔨🔌 #smallgiftbigimpact #IVHFHhelpinghands

Temporary electric service set up for another new house!

Finishing up a new house with recessed LED lights in the soffits!

2kw Solar PV system installed on a new house in . This small system has 8 panels and 8 micro-inverters. It will produce approximately $300 worth of electricity in one year.

New house rough-in project. This house will have over 50 airtight cans with LED trims! 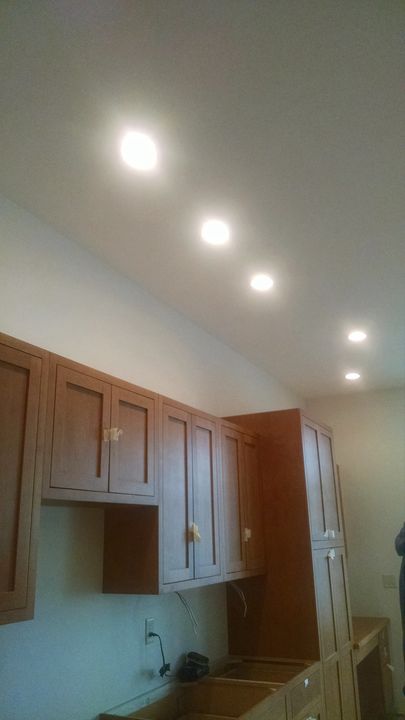 Kitchen can lights in a new home

Boring for a solar PV hookup in Brighton, Iowa.

renewableenergyworld.com Two new reports attest to the popularity of solar among homeowners across the U.S. While the two reports come from very different sources—The Center for American Progress (CAP) is a progressive advocacy organization and Market Strategies advises 20 of the U.S.’s largest utilities—t

Most Americans Want Eco-Friendly Homes - And Would Pay More For Them - Real Estate News - REALTOR.co

realtor.com Read about Most Americans Want Eco-Friendly Homes - And Would Pay More For Them and more Real Estate News on REALTOR.com.

renewableenergyworld.com Nevada's major public utility NV Energy announced Wednesday that it plans to shutter its four coal plants in southern Nevada and increase its investment in renewable energy and natural gas. Three of its coal plants will be shut down by 2014, and the fourth is scheduled to close its doors by 201

renewableenergyworld.com Wind and solar are relatively safe forms of energy, a feature that we tend to overlook until a disaster hits like the "superstorm" that disabled New York City's power grid this week.

azstarnet.com On a sun-drenched expanse of former farmland in the Avra Valley area northwest of Tucson, a new project will soon begin harvesting a different kind of crop: energy from the sun.

Solar Provides 10 Percent of Germany's Electricity in May

Germany gets less su light than most of the Unied States

renewableenergyworld.com Last month was a big one for the German solar industry. According to figures released by a German water and energy trade association, distributed solar photovoltaic systems produced 10 percent of Germany's total electricity consumption for the month of May. That's a 40 percent increase ove

senate.iowa.gov $1.5 million in state solar energy tax credits are now available for homes and businesses because of the passage of Senate File 2342.

renewableenergyworld.com The world's first solar-geothermal power plant was commissioned last week in Stillwater, Nevada with the completion of a 24-MW solar PV plant developed by Enel Green Power. It is strategically positioned next to Enel's existing 60-MW geothermal plant to increase power production and resource predict...

renewableenergyworld.com The town of Fowler, Colo., (pop. 1,087) sits in a 150-mile corridor between Pueblo and the Kansas border that boasts about half a million head of cattle. A few years ago, Fowler, like much of the country, faced a difficult economy and rising energy prices. Local government officials decided the cows...

renewableenergyworld.com The sun is shining on homeowners in less affluent neighborhoods who are discovering they can afford solar energy after all — by leasing rather than buying the panels on their roofs.

renewableenergyworld.com American energy giant Tenaska, which built its reputation in natural gas, is one step closer to bringing its first solar project online.

A solar PV system can offfset the price increases that are coming.

press-citizen.com A proposed MidAmerican Energy Company electric rate hike would increase the bills of the more than 32,000 Iowa City customers by 3.5 percent in 2012 and between 2 and 3 percent in 2013.

Solar photovoltaic (PV) installations can reduce the need to build new power plants and help stabilize the national power grid by distrubuting generation.
It's quiet, maintenance free, can protect you from energy rate increases and increases the value of your property

renewableenergyworld.com The Oracle of Omaha, who made his fortune by betting on technologies that appear underpriced, is now putting his money into solar.

Solar is gowing to continue growing 2012.

renewableenergyworld.com CAMPBELL, Calif., Dec. 7, 2011 (GLOBE NEWSWIRE) -- Westinghouse Solar, Inc. (Nasdaq:WEST), a designer and manufacturer of solar power systems, today announced the addition of RFK Jr. and Mark Kalow to their Board of Directors, expanding the size of the Board to eight members.

chicagotribune.com Solar energy collectors will be installed on up to 60 acres at O'Hare International Airport , and a service station selling alternative fuels for private and commercial vehicles will open near the airport, Chicago's aviation chief announced Monday.

It is estimated that enough solar energy hits the earth in one single hour
to power the entire globe for a full year.

The sun and the wind are inexhaustible and free. Why would we not want to invest in these energy sources? Not efficient enough? How effcient does something free have to be?

Solar is a growing industry in a tough economy!

Find out if what you here from your friends about solar is fact or myth.

renewableenergyworld.com For all the talk in the last few years about smart grid, it's amazing how little has changed in the American electric industry since Thomas Edison first fired up his power station on Pearl Street, New York City in 1882. In many ways, Edison would have no trouble recognizing today's grid. It still re...

We design and install Solar PV (photo-voltaic) systems for homes and businesses.
We help you with the paperwork required to connect to your utility company and receive your financial incentives.
We install home automation systems to help you use energy more efficiently.
Because we are a state licensed electrical contractor we can take care of any existing electrical issues to make sure that you are code compliant.


Other Coralville businesses (show all)

Founded in 1982, Hawkeye Hotels is one of America’s fastest growing privately-owned hospitality firms with over $750 million in assets across the country.

Over 25 years of combined State Farm experience in our agency!

Theme-based activities for your child including circle time, art, music and basic skills. Children learn to socialize, play and learn, while parents enjoy free-time to shop, clean, etc. Our playgroup is open to children 18 months to 4 years old.

Our mission is to provide HR Consulting and Recruiting Services to clients as well as well as help talented job seekers identify and secure their next career move.

We are an investment management firm working to fulfill the goals and needs of our clients.

CPR Services was started with the idea that we would provide quality continung education for all levels of the healthcare provider as well as provide this service for the general public. CPR Services is an AHA approved community training center.