The Hopkins Law Firm has a proven track record and consistently delivers desired results. Our clients rely on our expertise, professionalism and integrity.

I think this should be required viewing in all family cases! She gets it!!!

That some serious wisdom from a 6-year-old!

A wonderful article about John Paul's mother's side of the family- the Etheridges.

yourconroenews.com Two ladies stand near the Montgomery County Courthouse in January 1940. Pictured in the background behind them is The Courier office in a building owned by O. Etheridge. The building burned in 1941, but was rebuilt. Today the building houses law offices.

These types of breast implants are linked to rare cancer deaths.

Ever wonder about the inner-workings of a prosecutor? Here's one example

www.houstonpress.com Art Acevedo doesn’t want his officers tied up for hours hauling people to jail and processing them for minor offenses. Instead Houston’s new police chief talked Thursday about the need for a “cite and release” program, which, would enable police to write a ticket and the alleged offender to skip...

www.abajournal.com A Pennsylvania judge issued a warning on Tuesday to the prosecutor and defense lawyer in Bill Cosby’s sexual assault case: If you can’t be civil, sheriff’s deputies will be called

The jury foreman in Walter Scott's murder trial discusses how he came to decide the shooting "wasn't malicious": "I went there with an open mind ... I told them, 'We have to pull our emotions outta this, and look at the facts. That's what I based my decision on."

colletteys.com Since 2011, Collette, a young woman with Down Syndrome, has been creating her own recipe for cookies and was determined to own her own business, despite any disability, which she refuses to recognize. After months and months of trial recipes on her family, she created a cookie that everyone finds ir...

Denied: How Texas keeps tens of thousands of kids out of special education

chron.com Over a decade ago, state officials arbitrarily decided what percentage of students should special education services — 8.5 percent — and have forced school districts to comply by strictly auditing those serving too many kids.

panamapapers.sueddeutsche.de How the German immigrant Jürgen Mossack became an important business partner to the super rich, the famous and the infamous.

What life is like after police ransack your house and take ‘every belonging’ — then the charges...

wapo.st Although cleared of drug charges, a Michigan couple are now struggling to get their seized property back.

wpo.st Under asset forfeiture laws, you're guilty until proven innocent.

houstonchronicle.com/news/columnist… A Baylor spokeswoman, citing pending litigation, has refused to allow interviews with Baylor officials or to answer questions. The law he cited, in the "tort claims" chapter of the Civil Practice and Remedies Code, says that if a governmental unit and its employee are sued, the employee shall "immed… 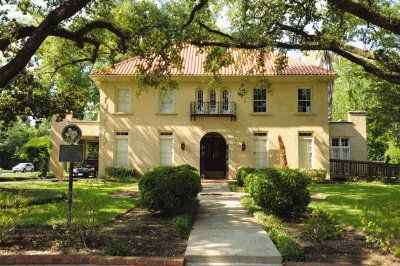 An article the Conroe Courier did on the building last November.

yourhoustonnews.com A stately structure built 80 years ago as the residence of a Conroe civic and business leader is a touchstone to the past - with connections to the Great Depression, a rock & roll legend, a center for hospitality and a haven for those in search of justice.

Found this very interesting blog while searching for some opinions by Justice Massengale. Makes one really think. Wendi 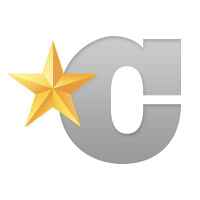 houstonchronicle.com In May, I reported that a land-line phone record supporting Brown's contention that he called Dockery that morning from her apartment phone had mysteriously turned up in a homicide detective's garage, more than seven years after he was convicted and sentenced to death. The Harris County District Attorney's Office maintained Rizzo, now retired, must have inadvertently lost the record, and agreed to a new trial. Dockery also confirmed the land-line call to her workplace - made at the same time prosecutors placed Brown at an apartment complex with suspects, changing clothes and watching TV news coverage of the crime. Neither the prosecutor nor the grand jury would take Dockery's "truth" for an answer. The young woman, a home health aide who made Subway sandwiches by night, had no attorney. At Brown's capital murder trial in October 2005, Dockery was a key prosecution witness, helping seal her boyfriend's death sentence by telling the court that when she asked him if he did it, he had confessed, saying, 'I was there. In a rare, disturbing glimpse into the shrouded world of the Texas grand jury system, we can read with our own eyes the beginnings of the young woman's tortured evolution. Appellate attorneys were so outraged by a 146-page transcript of Dockery's testimony before the 208th Harris County grand jury on April 21, 2003, that they entered it into the public record for judges to review. "Unbelievable," veteran criminal defense attorney Pat McCann said after I asked him to read the document. Rizzo and Lynn Hardaway with the DA's office declined comment, citing a state law that keeps grand jury proceedings secret. At first, the fact that Dockery seemed to be "a good, nice, hard-working lady," in the words of one grand juror, gave her credibility with the group. When the grand jury returns, the foreman says the members are not convinced by Dockery's story and "wanted to express our concern" for her children if she doesn't come clean. The foreman adds that if the evidence shows she's perjuring herself "then you know the kids are going to be taken by Child Protective Services, and you're going to the penitentiary and you won't see your kids for a long time." [...] although Dockery had never been implicated in the crime, a grand juror closes out Dockery's testimony by leveling the harshest, most intimidating allegation yet. Months later, Dockery found herself in jail charged with perjury for allegedly lying about what time she last saw Brown the day of the murder and whether she called another suspect.

Springtime picture of the historical W.E. "Bay" Evans residence, where the Hopkins Law Firm has been located since 1993. Law Office of Jeremy S. Dishongh specializes in Criminal Law and Personal Injury. Call us if we can help you. Legal services offered. Manly in the area of civil law including probate, estate planning, and guar Kate Bihm is an attorney in private practice at The Bihm Firm, PLLC, where she focuses her practice on family and criminal cases. Wish I had a balcony to sit on after work. Maybe someday. (obscure Boston Legal reference) Gilbert Garcia is Board Certified in Criminal Law. Dedicated to providing Defense in Montgomery & Walker Counties for those with a misdemeanor or felony.