The talent company representing: Dean Alan-The Magician, The Wizard of Reading, The Steampunk Illusionist Show, and Carnegie-Master of Mystery.

We provide top notch magical entertainment in the MidAtlantic Area of the US, and throughout the entire country.

Ep 75 Houdini’s Needle Mystery On this episode we take a deep dive into Houdini's famous East Indian Needle Trick, where it came from, where he first saw it, and more.

Check this out! https://carnegiemagic.blogspot.com/2022/03/magicians-for-ukraine-project.html #ukraine #magic

Magicians For Ukraine Project Carnegie Magic and Carnegie The Steampunk Illusionist: A blog about the career of a time traveling illusionist.

I'm doing 365 days of Magic! Read about it here. https://carnegiemagic.blogspot.com/2022/01/magician-presenting-365-days-of-magic.html

Magician Presenting 365 days of Magic Online Carnegie Magic and Carnegie The Steampunk Illusionist: A blog about the career of a time traveling illusionist.

https://brandingentertainers.com/38967/ Here is a fun interview I did with Billy Diamond for his fantastic podcast, Branding for Entertainers. Apparently, I ran my mouth for so long, he had to split it into two episodes, lol. Episode 2 comes out tomorrow!

brandingentertainers.com IN THIS EPISODE… Part 1 of 2 with Dean Carnegie. This episode topics include starting out, coping with a job, and developing your style. ADDITIONAL SHOW NOTES: Contact Dean through his website ZoomMagicShow.com Virtual Zoom Show, Airing Oct. 31, 2020 – The Very Spooktacular Virtual Magic Show 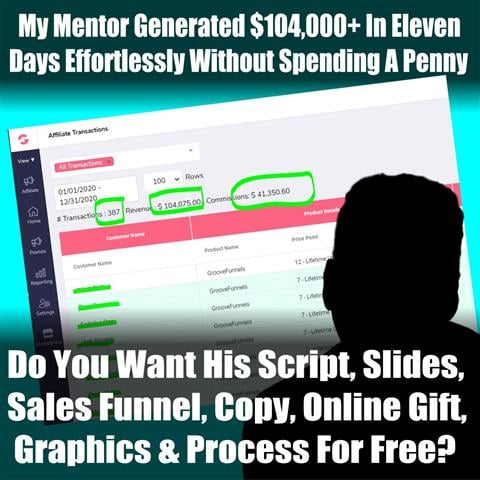 See Comments Below For All I Promise Now:

Struggling during this crazy pandemic? Yeah, many of us have had economic difficulties. But thankfully a friend has shared some helpful news with me and I'm sharing it with YOU! Ally shows are going 'virtual' during the pandemic. The show below is for adults, teens, and couples. Lots of mentalism, lots of interactive magic, YOU become part of the show by doing some of the routines at home! I'll put ticket info in the comments below.

Well, my Magic Detective Podcast finally made into 2020. Here is the first episode this year. It's on a little known character Chevalier Ernest Thorn who was both a prolific inventor of magic illusions and a fantastic performer!

magicdetectivepodcast.com Chevalier Ernest Thorn was one of the greatest Illusionists in all of Europe. He traveled the world with his wonders and delighted everyone who saw his show. He was also a very prolific inventor of illusions. No doubt he invented some that you were not awa...

A new podcast episode is up and ready to listen to. This week it's about The Great Raymond, a globe trotting magician from the early 20th Century.

magicdetectivepodcast.com The Great Raymond was a globe trotting magician from the Golden Age of Magic. He was an excellent performer, but probably less than stellar business man. He had a few run ins with Houdini in his career. Listen to this podcast to learn more about this amazi...

Episode 26 is up. Minerva The Queen of Mystery is my topic this week. Check it out!
https://magicdetectivepodcast.com/e/ep-26-minerva-queen-of-mystery/

magicdetectivepodcast.com This short episode comes directly from my blog, TheMagicDetective.com. However, it contains information that I didn't have when I originally published the blog article. You'll discover what happened to Minerva after she married Guy Jarrett, and when she di...

My latest magic history podcast on the life of Daisy White, a controversial friend of Houdini's and a fixture of the NY magic scene in the 1920s

magicdetectivepodcast.com This episode deals with the life of Daisy White and her controversial relationship with Houdini. Daisy was a well known figure in the NY Magic Scene in the 1920s and 30s. She has connections to Houdini, Frank Ducrot, Servais LeRoy and more. Please visit my...

magicdetectivepodcast.com Ep 22 is another 'short' episode. This time I talk about the strange relationship between Houdini and Stage Medium Anna Eva Fay. There will be a full Anna Eva Fay Podcast coming in the future. But for now, you can enjoy this piece on Houdini & Anna Eva...

Ep 17 The Magical Life of Brush The Great

My latest podcast is on Brush the Great, an early 20th Century Magician who had quite an amazing career.

Check out my latest podcast on Civil War era Magician, Harry Cooke and find out how he was tied to Abraham Lincoln!

magicdetectivepodcast.com On this episode I discuss the life of Professor Harry Cooke, who was a Civil War era magician and had some interesting ties to Abraham Lincoln and Lincoln's death. I also talk about some of the recent deaths in magic of Marshall Brodien, Steve Duscheck, an...

Here is a short article about early mind readers from the Victorian Era and it contains links to my podcast on the same subject.

I've added a new article to my blog about Servais LeRoy. This is the first article I've written specifically for the podcast. There is a link in the article to listen to episode 4 of the Magic Detective Podcast, and then you can just actually see the images that I mention along the way. There is much more to podcast #4 than just this, but the entire episode is devoted to Servais LeRoy. https://www.themagicdetective.com/2018/10/the-rostrum-mystery.html

Episode 2 of The Magic Detective Podcast is UP!

Doing my best to crank these out. Episode 2 is online and ready to listen to. Episode 3 will be coming this weekend. Hope you take some time to listen and enjoy the podcast! #magichistory #carnegiemagic #magicdetective

Episode 3 of the Silent Movie Magic videos. Less than 1 minute long. Enjoy! And please LIKE the video! Thanks!

Silent Movie Magic Ep 3, A Quick Card FAN from Elbow. This routine features my own twist on a once popular move. Though unless you do card manipulations, you won't even know it, lol.

My show, ASTONIFY, will be part of the activities at the Sleepover At The Old Jail event in Warrenton VA in August. Read all about it below. Tickets are on sale as of this morning, you can click the link to get your tickets.

The Astonify Show will be part of A Night At The Old Jail, in Warrenton on August 11th. It's a sleepover event at the historic jail, and part of the program is a paranormal tour AND my show! It's going to be an incredible time. Tickets are NOW on SALE!!!! @FauquierHistoryMuseum #FauquierHistoryMuseum #astonify #carnegiemagic

A unique handcuff escape in honor of Houdini's 144th birthday!

Today is the 144th Anniversary of the birth of Houdini. This is a handcuff escape, in honor of the King of Escapes. #carnegiemagic #magichistory #houdini

The new show is taking shape! I expect full rehearsals to begin at the end of the month. I have to say, there is some amazing material in this show! Stay tuned! #astonify #carnegiemagic

The Magic Is Back: 5 Best Places You Can Catch This Travel Trend

Good stuff. Once we find a location, my show will be #6 in the mix.

The Final Episode of Weekly Wizardry #52. It's ending in much the same way it began. You'll understand once you watch the clip. Thanks for watching. Please go back and check out any of the previous episodes, there is some great magic to be found among those videos. #weeklywizardry #carnegiemagic

Weekly Wizardry 50. Only two more to go and then the series is over. Check out this one with 4 coins and a glass. #weeklywizardry #carnegiemagic

Weekly Wizardry 50. The other day I said I had just done the final coin trick. Well, actually, I was wrong. There is one more and it's todays. But it's a very good one. After today, no more coin tricks, lol. #weeklywizardry #carnegiemagic

Weekly Wizardry #48. This is an attempt to match a chosen half card with it's other half...without having looked at either. It's a great lil miracle with a surprise ending. Enjoy and please remember to LIKE the video down below! #weeklywizardry #carnegiemagic #sleightofhand

Weekly Wizardry #47 Merry Christmas EVE everyone! Today, a very family friendly routine with some picture blocks. Bring in the whole family to enjoy this moment of magic! I've decided to skip Christmas day, so the next video will be Dec 26th. #weeklywizardry #carnegiemagic

Weekly Wizardry #47 Merry Christmas EVE everyone! Today, a very family friendly routine with some picture blocks. Bring in the whole family to enjoy this moment of magic! Despite what I said on the video, I've decided to skip Christmas day, so the next video will be Dec 26th. #weeklywizardry #carnegiemagic

Weekly Wizardry #46 and the final coin trick of the series.... (or is it?) It's a quick magic effect that I know you'll enjoy. There are only 6 episodes left of Weekly Wizardry. The next one will be very family friendly and will appear on Christmas Eve, Dec 24th. #weeklywizardry #carnegiemagic

Weekly Wizardry Episode 45. The final 8 videos are coming! So excited! Check out the magic with my pal Marco! #carnegiemagic #weeklywizardry

Weekly Wizardry #45!!! The final 8 episodes of my Weekly Magic Series are done and coming to you. The next episode will appear on Friday. Then the 24th-29th! I've got some real jewels within these last 8 episodes. Today features my buddy Marco the Monkey, a mechanical Monkey that has been in my show for 5 years now. #WeeklyWizardry #carnegiemagic #magic

Other Arts & Entertainment in Centreville (show all)

The Nights of Carnage
Centreville, 20120

The Nights of Carnage is a seasonal haunted event in October which includes haunted houses, Scare-zones, and shows.

A page dedicated to my personal art and crafts. Feel free to give me some feedback and share some ideas or advice with me :)

Official Host of some of the LIVEST EVENTS in VA! For Table and Special Event Reservations | Call 703.973.5700