The Round House
234 Bobcat Trail

This secluded home sits on three wooded acres 20 minutes from Cherokee and 30 minutes from the Tail of the Dragon. Sports car and motorcycle enthusiasts will appreciate this cozy cabin, which is located on Moonshiner 28 -- a 20-mile stretch of road with challenging mountain curves and views. Fontana Lake is a 5-minute drive, and the Nantahala Gorge, which features hiking, whitewater rafting, kayak

ing and ziplining is 7 minutes away. Bryson City, which is a 10-minute drive, offers a very quaint downtown with locally-owned shops and restaurants. Also in the downtown is the Great Smoky Mountains Railroad, which brought 70,000 Polar Express riders to town in 2014, the Nantahala Brewery and the Swain County Heritage Museum. The Great Smoky Mountains National Park also can be accessed from Bryson City at the Deep Creek entrance. Spend a day at the park picnicking, hiking, tubing and fishing. Tubes can be rented for $3 a day. Gatlinburg, Tenn., is 54 miles away and can be accessed by taking Highway 441 through the Great Smoky Mountains National Park. Dollywood amusement park is 64 miles away in Pigeon Forge, Tenn.

Looking for a great summer vacation place. We offer $25 off a night to friends, co-workers and former co-workers. Send private message to Gwen or Bob

Take the Polar Express and spend a night at the Moonshiner Cabin!

The Nantahala Brewing Company in Bryson City is close to completing its expansion. The new location (in the old RC plant) will complement the current brewery rather than replace it, with the original building remaining a production facility and taproom, and the new space acting as a full-fledged craft beer restaurant. Chef Meredith Watson, who was raised in Bryson City, will focus on delivering "upscale southern" farm-to-table cuisine with a heavy emphasis on farms that produce within 100 miles of the brewery. Stay tuned for the opening day!

Nantahala Brewing Company Opens Craft-Beer Restaurant October 2016 | CraftBeer.com BRYSON CITY, NC – Nantahala Brewing Company is expanding their footprint to include another business in Bryson City. The new location will complement the current brewery rather than replace it, with the original building remaining a production facility and taproom and the new space acting as a ful...

At more than 531,000 acres, Nantahala National Forest is the largest of North Carolina's national forests.

Take a Scenic Drive on Moonshiner 28 near the Great Smoky Mountains! 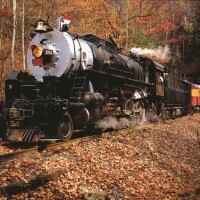 Great Smoky Mountains Railroad this summer will begin excursions with its refurbished steam engine. Take a ride on the train and book a night or two at the Moonshiner Cabin, which is 10 minutes from the train depot in Bryson City, NC. Go to vrbo.com/691125 to book the cabin.

Fall leaf season is winding down, but bright foliage can still be found in many middle and lower elevation areas.

Fall is a beautiful time in the Smokys. Our Moonshiner Cabin is available the first three weekends in November.

We woke up to temps in the 30's this morning. Our hats go off to these photographers at sunrise on Clingmans Dome in the Great Smoky Mountains National Park, where temps can run 10 - 20 degrees cooler! Photo by @brandonmkopp

We still have availability in October and November.

Cooler weather, changing colors, harvest festivals, and pumpkin patches - there’s so much to enjoy during fall in Bryson City and the Great Smoky Mountains! Learn more about #FallintheSmokies and plan your trip: http://www.greatsmokies.com/Fall-Smokies.html #NCFallofFame

Take a ride on the Great Smoky Mountains Railroad while staying at the Moonshiner Cabin outside Bryson City, NC.

We had a cancellation for Memorial Weekend, so the cabin is available. Offering three nights for the price of two. If interested please call Gwen at 757-708-1730. Thank you.

Classic Hikes of the Smokies: Lakeshore Trail: Kick off the summer with Friends of the Smokies on a guided hike along Lakeshore Trail in Great Smoky Mountains National Park near Bryson City on May 12. Hikers will experience walking through a 365 foot tunnel, along rushing creeks, and up to a cemetery, all while learning about the history of the area. The hike is led by hiking guide and author Danny Bernstein. http://friendsofthesmokies.org/event/classic-hike-of-the-smokies-lakeshore-trail/

Come stay at the Moonshiner Cabin and take a trip on the Great Smoky Mountains Railroad.

Say hello to our newest addition - The Beast! This diesel engine will be the most powerful in our fleet, with 2500 horsepower and a whistle sound that will make your boots shake!

Need a place to stay during the World Kayak Hometown Throwdown. Check out the Moonshiner Cabin at http://www.vrbo.com/691125. After a day paddling, rafting or tubing down the Nantahala River, there are few things so satisfying as enjoying a beer nearby at Nantahala Brewing Company in Bryson City (www.nantahalabrewing.com). The brewery is located right off the small town’s railroad in a Quonset hut-style warehouse built in 1945. Enjoy a staple like their Noon Day IPA, or look for something from the brewery’s more limited Trail Magic series. Photo: https://instagram.com/p/0_0ZsJxeS6/
Story feature from the Charlotte Observer. #NCBeerMonth #NCBeer #VisitNC

10 of the Most Scenic Train Rides In North America

10 of the Most Scenic Train Rides In North America The mountains, seascapes, and valleys will take your breath away.

“The #RoadToNowhere”, as most local residents call it, is a 6-mile scenic drive into the North Carolina side of the Great Smoky Mountains National Park where it dead-ends. It provides spectacular views of Fontana Lake and the Appalachian Mountains. Read more: https://roadtrippers.com/us/bryson-city-nc/nature/the-road-to-nowhere

Try your hand at catching trout like this and stay at the Moonshiner Cabin outside Bryson City, within a few miles of the Tuckasegee River. To book this cabin, go to www.vrbo.com/691125.

WOW - a 26" #browntrout caught on the Tuckasegee River near Bryson City yesterday with Fontana Guides!

Our cabin is within 10 miles of tubing on Deep Creek in the Great Smoky Mountains National Park. For $3 to $5 a day, you can rent a tube. Bring a picnic, hike to some nearby falls. There's no fee to get into the park.

Tubing is a time-honored tradition at Deep Creek. For just a few dollars, you can rent a tube for the entire day. The Deep Creek Recreation area is just inside the Great Smoky Mountains National Park, two miles north of Bryson City, NC. There’s camping, picnicking, hiking trails, trout fishing and three beautiful waterfalls. Tubes can be rented from several vendors near the park entrance. More info about Deep Creek: http://www.greatsmokies.com/deepcreek/index.html 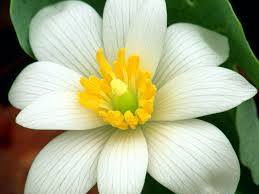 The Smokies' wildflower season begins in late March with the arrival of columbine, hepatica, jack-in-the-pulpit , bloodroot, violets, spring beauty and trout lily. Followed by dutchman's breeches, crested dwarf iris, trillium, phacelia, silverbell and mayapple in April. In May we see bleeding heart, flame azalea, indian paintbrush and wild orchids. Book a stay with us and check out the flowers.

Water level is up on Little Tennessee. Good time of year to paddle this beautiful, wilderness river. Take-out is one mile from Moonshiner Cabin and there are several put-ins, the furthest being about 10 miles away.

Not long before our wildflowers will be blooming. From last year.

Other Bryson City hotels (show all)

Lodging @ the border of the Great Smoky Mt. National Park, and Outdoor Recreation.

High atop a beautiful mountain in Western North Carolina, The Sabbath House is a place to rest, relax and renew as an individual, a family, or a group.

The ideal getaway- the perfect blend of an "unhosted" self-sufficient stay with resort-style amenities at your doorstep...think Airbnb-meets-resort spa. For those who love nature, the outdoors, and simple pleasures, this is your calling.