Weekly Children's adventures by: K. Kolinek. Come join the Adventures of Pinky Lee. You can travel all over the world with just one look and through books

Pinky Lee is a magical sock monkey, who travels the world. As we explore, we learn language, history and geography along side Pinky and friends he meets along the way.

Send in the cleanup kitty.

Fly me to the moon
Let me play among the stars….

Fly me to the moon
Let me play among the stars….

Q: WHERE CAN YOU FIND AN OCEAN WITH NO WATER?

Did you know that around 70% of the Earth’s surface is covered by oceans. Ocean tides are caused by the Earth rotating while the Moon and Sun’s gravitational pull acts on ocean water. While there are hundreds of thousands of known marine life forms, there are many that are yet to be discovered, some scientists suggest that there could actually be millions of marine life forms out there. The Pacific Ocean’s name has an original meaning of ‘peaceful sea’, it is the largest ocean on Earth.

And not you that broke!

Wouldn't it be comforting to treat it as a joke? And say you're glad it was your toy...

Would your tears make it better by crying? Until your eyes hurt and head ache?

Imagine, my Lilliputian friend your toy should break.

Happy birthday to one of the greatest illustrator of all time, Edward Goreg.

Where to next? Any suggestions?

Out and about in Sag Harbor, NY. Sag Harbor was settled sometime between 1707 and 1730. While some accounts say it was named for neighboring Sagaponack, New York which at the time was called "Sagg", Sagaponack and Sag Harbor both got their name from a tuber the Metoac Algonquins raised.

Can you find me in L'andana Tenuta La Badioa!
La ringraziamo per il Suo contributo a salvaguardia dell'ambiente. Like if you understand and or if you want a green planet! 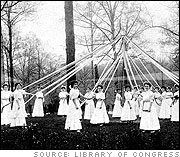 May 1st, often called May Day, just might have more holidays than any other day of the year. It's a celebration of Spring. It's a day of political protests. It's a neopagan festival, a saint's feast day, and a day for organized labor. In many countries, it is a national holiday.

May Day — Infoplease.com The First of May means many different things

Pinky Lee Monkey Weekly Children's adventures by: K. Kolinek. Come join the Adventures of Pinky Lee. You can travel all over the world with just one look and through books

Unlike most of the other non-foolish holidays, the history of April Fool's Day, sometimes called All Fool's Day, is not totally clear. It is not like Halloween, where despite an interesting history, most people just put on Halloween costumes, get candy, and leave it at that. There really wasn't a "first April Fool's Day" that can be pinpointed on the calendar. Some believe it sort of evolved simultaneously in several cultures at the same time, from celebrations involving the first day of spring.

About Facing History and BULLY | Creating Safe Schools Guide to BULLY Movie Facing History's Guide to the Film BULLY: Fostering Empathy and Action in Schools helps adult and student audiences confront the stories in this film and explore the meaning for their schools and their wider communities.

Bully Movie - Official Movie Site Directed by Sundance and Emmy-award winning filmmaker, Lee Hirsch, Bully is a beautifully cinematic, character-driven documentary. At its heart are those with huge stakes in this issue whose stories each represent a different facet of America’s bullying crisis. Bully follows five kids and families o...

Click here to send a message to the school
https://www.findglocal.com/US/Brooklyn/51740031089/Pinky-Lee-Monkey

The first book "The Adventures of Pinky Lee, Passport to Adventure", is the prologue to the two series of Adventures for Pinky Lee. The cover is Pinky Lee’s UK passport; the book will also contain a passport for the child to collect stickers for each book/region. Enclosed at the end of each book that follows Pass Port to Adventure is a code to unlock a sticker on-line to be printed out for the child’s passport. Similar to receiving an exit stamp when leaving a country, a child can collect stamps from around the world. Each sticker will be a passport stamp like the rubber stamp inked impression received in one’s passport upon exiting a country. Simultaneously, with the pass port page on-line there will be flash games and a language widget for the children to further their adventure. The series of books to follow are in the shape of the state, region or country highlighted. The books shape is the political shape of the state, region or country to scale; therefore, when all the books are collected the child can put the puzzle together.

The books are in two series. Each of the 50 states is presented individually or in region for the Continental United States series and all of the countries of the world are broken into regions for the Around the World series.

In the Around the World series, Pinky Lee is paired up with an indigenous animal from the region to show him around the sights, customs and key phrases in the native language. These books are for younger readers who have an easier retention rate for new languages. Their love for collecting cute animals, also ties in with the theme that each book will have a new animal and opens up limitless marketing possibilities.

In the Continental United States the books become first chapter books. There are 27 books an ideal number for a classroom teacher to use. Each week a student would have a different state or region to read about and at the end of the week they can place their piece of the puzzle together on the floor map, thus increasing literacy comprehension and geographic. The passport also helps mark the progress for the teachers and parents as well as boost pride for the child.

As a former classroom teacher and current independent educator, I have created dummy books in small case studies and found the effectiveness as well as the enjoyment the children received from the Adventures of Pinky Lee.


Other Education in Brooklyn (show all)

Dynamic welcoming church in the heart of Bay Ridge, Brooklyn. Please tour our website, learn more about us, and come to one of our 10:30 Sunday services.

Spreading analogue love in NYC since 2009.

Founded in 1976, Dieu Donné is a nonprofit artist workspace dedicated to the creation, promotion, and preservation of contemporary art in the hand papermaking process.

Brooklyn Free Speech is your Emmy-winning community TV and podcast network. Since 1990, we've been the place where media dreamers become media makers. Only question is— will you be next?

BEAT CAMP is an art and education program creating classes and workshops to enrich our children, families, and communities.

JEM is dedicated to the preservation, restoration, & daily publication of the largest collection of photos, audio, & film of the Lubavitcher Rebbe.

Near Peer documentary interview videos to advance your life & career. A Near Peer is someone who has recently been through a situation you are facing now.

Serving the Youth of Greenpoint, since 1950 We have recently moved to St. Cecila's Church at 84 Herbert St, Brooklyn, NY

CSAW is the most comprehensive student-run cyber security event in the world, featuring nine competitions, presentations, workshops, and an industry fair.