We are a family friendly Law Enforcement Motorcycle Club.

See you around the campfire Jim.

It is with great sadness the Loving County Sheriff’s Office announces the death of Deputy Lorin Readmond.

Last night, 1/29/22, at approximately 4:30 p.m., Deputy Readmond was dispatched to assist another deputy and attempted to respond when she was involved in a traffic crash with truck tractor semi-trailer. Deputy Readmond was pronounced deceased at the scene.

Deputy Lorin Readmond was a Chief Petty Officer in the United States Navy Reserve where she served as an Intelligence Specialist from 2006 until 2018.

The Texas Highway Patrol is investigating this crash and no additional information are available at this time.

Our thoughts and prayers are with the Loving County Sheriff’s Office and the family of Deputy Readmond. Deputy Readmond’s dedication and service will never be forgotten.

Slain NYPD Officer's Widow Slams Manhattan DA During Eulogy, 'We Are Not Safe Any More' - The Police Tribune 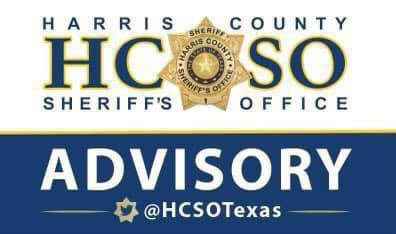 Please keep one of our HCSO Sergeants in your thoughts and prayers.

A few hours ago he was conducting an off-duty motorcycle escort when a motorist struck him. He’s been flown by Lifeflight in critical condition. The driver fled, but has now been detained.

It is with heavy hearts that we sadly announce the passing of our HCSO Sergeant. May he Rest in Peace. He will be missed. Please keep him family members and colleagues in your prayers. 💙

*****
UPDATE: the crash occurred at about 8900 E. Sam Houston Pkwy N near Tidwell. Sgt. Gutierrez & others were escorting a heavy load along the service road.

Sgt. was off his motorcycle, blocking the exit ramp, when a female driver (40) drove around the motorcycle and struck Sgt. Gutierrez. The driver fled the scene, but was later stopped by another deputy. The female exhibited signs of intoxication. Several charges are pending.

*****
Update: Lavillia Spry (40) was arrested and charged with Intoxication Manslaughter, Failure to Stop and Render Aid, and Evading.

It has been an incredibly tragic weekend for law enforcement across the U.S., and especially here in Texas. Yesterday morning we learned of the loss of DPS Special Agent Salas who died protecting our southern border, and now we mourn the loss of Harris County Deputy Constable Charles Galloway who was murdered on a traffic stop last night.

Please keep the families of Agent Salas and Corporal Galloway in your thoughts and prayers.

Happy National Law Enforcement Appreciation Day! Please find a moment to thank an officer for their commitment and dedication to the communities that they serve.

Ambush-style attacks on law enforcement are up 115% from this time in 2020! The violence against our public servants is gut-wrenching and must come to an end!

I would like to reach out to all law-abiding citizens across Texas and the United States in assisting us in protesting the parole of convicted murderer Kenneth Vodochodsky. Kenneth Vodochodsky was convicted for his involvement in the October 1999 ambush murders of Atascosa County Deputy Sheriffs Thomas Monse and Mark Stephenson and Texas Department of Public Safety Trooper Terry Miller.

After initially receiving a death sentence from a jury, the sentence was overturned by an appellate court, and he subsequently pled guilty to all three murders in exchange for three 30-Year sentences.
We have created a form parole protest letter that individuals can use, or they may write their own letter.

The form letters may be picked up at the Sheriff's Office at 1108 Campbell Avenue in Jourdanton, Texas or you may go to the link provided in this post and print the letter, fill it out, and mail to the Texas Board of Pardon and Paroles at the address listed on the letter.

We will accept letters turned in to the Sheriff's office through February 28th and we will mail them to the Parole Board.
The case will be reviewed by the Parole Board sometime in early March.

Please help us in keeping this convicted murderer in prison for as long as legally possible.

I join the families of these three brave lawmen in thanking you for your support in this endeavor.

With the family’s permission and with a heavy heart, we are now able to inform the Indian Harbour Beach Community of the tragic passing of one of our own. Officer Madison Merritt, who was 24 years old, was involved in a motorcycle crash this morning on the Pineda Causeway, and passed away on scene. Madison was a beloved member of the Indian Harbour Beach Police Department, and the City of the Indian Harbour Beach Community. She truly loved being a Police Officer for the City, and loved helping our citizens. She always had a smile on her face and she will be truly missed. Please keep her family in your thoughts and prayers. Once funeral arrangements have been made we will post.

Ambushed Baltimore Cop Identified As Mother Of 4, Still On Life Support - The Police Tribune Baltimore, MD –Officials have identified the officer who was ambushed as she sat in her police car in the Curtis Bay area early on Thursday as 39-year-old Baltimore Police Officer Keona Holley. Baltimore Police Commissioner Michael Harrison said that Officer Holley, a mother of four children, left...

This safety alert and media release is from the Williamson County Sheriff's Office. Due to the proximity to Georgetown, we wanted to make sure everyone was made aware. At this time, we do not have more information than the release contains. We also concur with the advice provided by the Sheriff's Office in this release.

Mesquite Police Department -
It is with deep sorrow we report that one of our officers was killed in the line of duty.

On Friday, December 3, 2021, at approximately 1:40 P.M. Mesquite Police Officers were dispatched to a disturbance in the 1500 block of S. Belt Line Rd. in Mesquite. During the course of the investigation, the officer was shot and a male suspect was also shot. Both were transported to local area hospitals, and the officer succumbed to his wounds. More information will be released as the investigation continues.

Please keep the department and our community in your prayers as we mourn the loss of our brother who made the ultimate sacrifice.

Motorcyclist in critical condition after being shot on a Central Texas roadway Police were called 1100 block of East Central Texas Expressway in reference to a shooting victim.

Rest in Peace Deputy Lena Marshall! You deserved much better my friend! See you on the other side 😢
-Chief
Blue Voice Founder

She was ambushed and gunned down last night in Chicago.

We have activated the Survivor Fund in honor of Austin Police Department Officer Andrew Traylor. Please join us in honoring his life of service, his memory, and his family.
https://100clubcentex.com/program-fund-activation/

APD officer 'fighting for his life' after being seriously injured in overnight crash A terrible crash in East Austin leaves a police officer fighting for his life. It happened early Wednesday morning as the officer was responding to a shots fired call. APD said the crash happened at 2:10 a. m. , the officer was heading westbound on FM 969 east of Ed Bluestein when he crashed into an...

Two law enforcement officers killed in Concho County overnight shootout Two Concho County Sheriff's Deputies were killed in a shootout late Monday night in Eden, Texas, according to law enforcement on Facebook. A crime scene on the northeast side of Eden has been taped off, according to San Angelo LIVE, who is also reporting that one civilian was also shot in the stomac...

Prayers for 3 Deputies that were ambushed today!

After extensive life-saving efforts conducted by the Baylor Scott and White medical professionals, it has been determined that Trooper Chad Walker no longer displays signs of viable brain activity and he remains on life-support until he can share the gift of life as an organ donor. This final sacrifice embodies Trooper Walker’s actions throughout his life and service as a Texas Highway Patrol Trooper. The Walker family is grateful for the continued support and prayers as they remain at Chad’s side.

On 03/26/2021, at approximately 7:45 PM, Trooper Chad Walker responded to a motorist assist on FM Road 2848 near the intersection of US Highway 84, approximately five miles west of Mexia in Limestone County. Trooper Walker was traveling southwest on FM 2848 as he came upon a disabled vehicle parked on the shoulder of the roadway. Trooper Walker pulled up behind the vehicle. Before Trooper Walker could stop his patrol unit, a black male, identified as Dearthur Pinson Jr., dob: 07/15/1984, immediately emerged from the driver’s seat of the disabled vehicle armed with a handgun and fired multiple rounds at Trooper Walker through the patrol unit’s windshield. As a result, Trooper Walker sustained a gunshot wound to his head and abdomen. Pinson returned to his vehicle, where he retrieved a black backpack and fled the scene on foot. Trooper Walker was transported to Baylor Scott & White – Hillcrest Hospital in Waco, where he remains in stable but critical condition. An extensive search for Pinson continues. A press release has been provided to media outlets, and a Blue Alert has been activated.

The Texas Rangers are leading the investigation and are supported by THP, AOD, CID, and other local, state, and federal partners. VESS Counselors and a DPS Chaplain have also responded and are with the Walker family. Trooper Walker and his wife have a 15-year-old son, twin seven-year-old daughters, and a two-month-old daughter.

Please keep Trooper Walker and his family in your thoughts and prayers during this most difficult time.

ReKindle Ministries exists to provide spiritual refreshment and renewal to ministry leaders and their congregations.

The Children's Advocacy Center of Central Texas provides comprehensive services which protect, promote healing and enhance the quality of life for abused children in Central Texas.

The Belton Area Chamber of Commerce puts you in touch with the perfect business partner. Through numerous programs and services the BACC is right by your side to help your business grow and prosper.

Lakewood PTA is the Parent Teacher Association of Lakewood Elementary. We welcome members of any age to join us in our mission: EVERY child, ONE voice!

vi·ra·go /vəˈräɡō/ noun a woman of strength or spirit; a female warrior.

We are a 501c3 non profit organization located in Belton, Tx. We help the community by providing a pet food pantry for those in need of pet food. We also take in abused, neglected and homeless domestic pets as well as livestock from public or shelters.

We serve indigenous Christian leaders, primarily (but not limited to) South Asia.