Chalk It Up by Mary Chouinard
Santa Rosa

Lisa Brooks is a national award winning hairstylist with over 30 years of professional experience. She has been involved with all facets of the hair industry: celebrity stylist, platform artist, salon owner, editorial and runway artist.

'Ozark' Teaser Trailer: The Final Batch Of Episodes Arrives In April On Netflix

'Ozark' Teaser Trailer: The Final Batch Of Episodes Arrives In April On Netflix Netflix has announced the final episodes of "Ozark" will drop on April 29.

Hey everyone. I am here. Still Taking appointments. I am in a safe clean contained environment, taking one client at a time…

Safer than the grocery store. 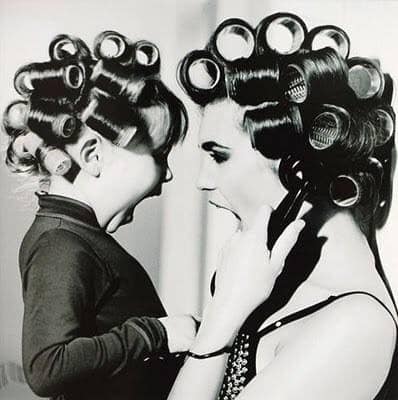 Lisa Brooks is an award winning hairstylist with over 30 years of professional experience. She has been involved with all facets of the hair industry: celebrity stylist, platform artist, salon owner, editorial and runway artist, and, ultimately, national award-winning hairstylist, and reality show Finalist. (Proudly, of 117,000 auditioning hairstylists, Lisa Brooks was chosen as a Finalist for Season 2 of Bravo Television’s Shear Genius.)

Lisa Brooks is the Winner of the Kerastase National Hairstyling Competition, which enabled her to travel to New York for assistance in the production of the new Kerastase Look-Book with celebrity stylist Luigi Murenu, and famed makeup artist and Allure Magazine columnist, Dick Page. She has been published in Vanity Fair, Jane Magazine, TV Guide, Chicago Social, The Knot, Direct TV and Tribeza, just to name a few. Her work has also appeared on such networks as HGTV, DIY and FOX Sports, as well as several book covers. Clients have included celebrities such as Dennis and Kimberly Quaid, Andy McDowell, Carmen Electra, and Renee Zelleweger.

Ms. Brooks has traveled nationally with L'Oreal, as a platform artist, delivering educational seminars, hands on training seminars, spectacular shows, and precision backstage timing and ex*****on. Her formal styling and up-dos were regular features at the International Beauty Shows and Premier Shows.

Locally, she was the Winner of Overall Best Hairstylist and Best Colorist at the Austin Fashion Awards two out of three years and was nominated in the categories of Best Women's Haircutting, and Best Men's Haircutting. Recently, Lisa went on to become a judge for Austin Fashion Week. Lisa Brooks (and her team) won Style Cup Austin, a hair and makeup runway competition. She was then asked to co-produce, then finally became Executive Producer for the entire event itself.

Her career path has taken her to work in New York, Chicago, and Los Angeles. Happily, she is now dividing her time: professionally at Cocoon, a private suite in Austin, Texas 10 days per month, and working alongside her best friend and life partner, Daniel, in his homebuilding business in Upstate New York.

Time to start sharing my portfolio.... Wow. I uploaded these forty and realized I’m about 1/10 of the way through the work. I miss the editorial world.

I am working at creating this site...


Other Artists in Austin (show all)

I'm a surreal doll artist and alt model.Find more of my work at http://www.uglyart.net For info on working with me see my info page.If you need to send me a message you can do so at my personal page http://www.facebook.com/uglyshyla

The Art of Rik Catlow

Since 2005 Party photos before Instagram was a thing. If you're OuWithMe, we're dancing � Age is just a number, the photo is forever. Let's party!