It's not the summer that's coming to ATX in May.....it's Kate Angel & the band bringing the heat to Pecan Street Festival on May 7 at 6:30 PM on the Red River Stage
( Red River & 6th street )

Come early, Be Loud, and Stay Late for all the arts and music. Let's Rock ATX ! We are the future of Texas Rock!

Take a Chance and Roll the Dice...
Checkout our video live performance from
512 Studios

our homie made this SWEET recap of our badass album release show Flamingo Cantina last month, featuring our latest single off the album 'Acid Drop' 🐍🐍

THANK YOU everybody supporting us, making our dreams come true 🙌🙌🙌

*d
"High Road" out today! Had the pleasure of joining my good friends Black Heart Saints on some slide guitar. Recorded at the fabulous 512 Studios, this track absolutely rocks. 🖤🎸

Listen now --> https://bit.ly/3sRSAUi
Hey y’all! Check out the new Dancehall Devil studio video! We had a great time recording at 512 Studios in Austin with Benny McArthur! We’re sitting right outside the top 10 at #11 and gearing up for the Texas Regional Radio Music Awards Show in a few weeks! Nominee for Best Duo/Group/Band in Texas!
We want to give our most sincere SHOUTOUT and THANKS to the legendary Omar Vallejo 🙌🙌🙌 'Tio Omar' as we call him, took us under his wing since we met him last year, and was kind enough to include us on his show 512 Studios Live, and then went on to bring us into his fabulous 512 Studios to make our latest LP 🤩🎶 His spectacular recording and mixing skills, creative input on the songs, and leadership throughout the process was a key factor in making MMXXII the piece that we're SO PROUD OF !!! We're incredibly thankful for the chance to get to know Omar, and getting to make this album with him 512 Studios !!! Not to mention, it was a hell of a lot of fun 🤘😝💥 YOU'RE THE MAN OMAR !!! WE LOVE YOU !!! 😘❤️

📷📸 1st & Last pic from our boy Caden Leavell
.leavell_photography
... the others are cell phone shots 🐍🐍

Check out..ItBegins....
Song....Never Change....
Performed Live...
At...512 Studios
For TV Show.....on the The CW Austin
This week back in 2019... we celebrated our producer/collaborator/5th member of the band Omar Vallejo's win for "Best Producer" and "Best Studio" (512 Studios) at the Austin Chronicle Austin Music Awards!
last Friday at Flamingo Cantina was A DREAM 🤩🤩🤩

we had an absolute blast with so much of our friends and family in the house to celebrate the release of this new album. BIG THANKS to everybody who came out and supported, the other bands who absolutely killed it, the crew at Flamingo Cantina for being excellent hosts as always, and of course, the amazing production team 512 Studios who brought this album to life !!! WE LOVE YOU ❤️ and we've got a few big announcements coming soon 🤘😝💥

Frebruary is a special month for Souls Extolled !!! Our band was birthed on a cold February day much like today, 3 whole years ago 😲 it's crazy how far we've come 🤯 and now, we're dropping the 2nd single off our new album TODAY, and celebrating the release of MMXXII in 1 WEEK with , , and ALL THE HOMIES 🤘😝💥

February seemed like the obvious month for this song, the 1st Souls Extolled love song - 'Ride of My Life' 🎡💔 Zach Black wrote this song a while ago but thought it was 'not hardcore enough' for the band. Jon-phillip Ortiz-martinez thought otherwise, and in convincing Black to include the song on the LP, he helped soldify the theme of the album - to make the music as a pure reflection of where we're at at this moment in time, without any limitation of rule other than to express ourselves honestly. To us this is the standard of true art 💫

We deeply appreciate all of the love and support we've been getting in so many different ways, and we're SO EXCITED for this release show, the continual drop of MMXXII, and our national tours to the Northeast and West Coast in April and Septmeber respectively. MY RESTLESS PEOPLE !!! I will see all of you in 1 week at the MMXXII Album Release Party 🖤

LINK IN BIO to the event page, the new single 'Ride of My Life', and the full album available for purchase / download on our website and on iTunes 💿

MMXXII was made at 512 Studios
with Omar Vallejo,
Clint Manning, and Rich Baur, and mastered by Nick Landis Mastering 🙌🙌🙌

We are proud to bring home the "Best Studio" award at this years Austin Music Awards. 2015-2016. Tha

If you’re reading this, help these local Austin musicians get more exposure by leaving a comment down below! Extra credit if you tune in tomorrow CT 😉 Details👇🏽

A new episode every Saturday CT on ! If you miss it, don’t worry! We upload each episode to our YouTube Channel the following week - just subscribe! ↙️
Link 🔗: https://youtube.com/c/512StudiosLive 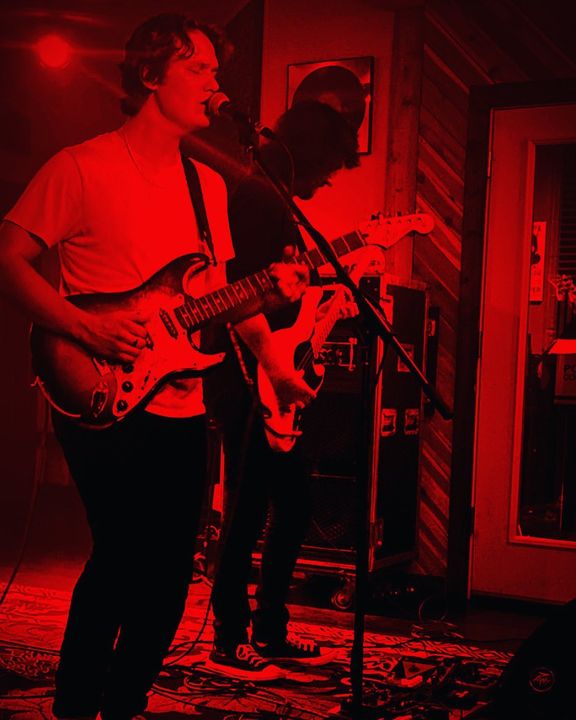 Love what you do and never work a day in your life, watch 512 Studios on Saturday’s CT and figure out why Austin has some of the best music around! Details👇🏽

A new episode every Saturday CT on ! If you miss it, don’t worry! We upload each episode to our YouTube Channel the following week - just subscribe!
Link 🔗: https://youtube.com/c/512StudiosLive

Two more days until the latest episode of 512 Studios Live! Until then, here's episode dos in case you missed it... we know what you need in your life. 🎼

It’s Fridaaaaay! You know what that means - it’s time to party and tune in to 512 Studios Live TOMORROW CT! You know the deal…we’ve got music for all tastes alongside your favorite hostest with the mostest, Omar Vallejo! Details👇🏽

A new episode every Saturday CT on ! If you miss it, don’t worry! We upload each episode to our YouTube Channel the following week - just subscribe! ⬇️
Link 🔗: https://youtube.com/c/512StudiosLive

Let’s all take a shot for the legend, Ray Liotta. Cheers, Ray. Hopefully, he’ll be watching the show tomorrow in spirit. 🤷🏻‍♂️ Tune in SATURDAY for the latest episode of sexy Austin music!
Details👇🏽

A new episode every Saturday CT on ! If you miss it, don’t worry! We upload each episode to our YouTube Channel the following week - just subscribe! Link 🔗 in bio*

Will you be tuning in tomorrow to see the latest episode of 512 Studios Live? It’d be a lot cooler if you did! Details👇🏽

A new episode every Saturday CT on ! If you miss it, don’t worry! We upload each episode to our YouTube Channel the following week - just subscribe! Link 🔗 in bio*

Did you miss the Season 14 premiere?! Don’t worry, we’ll keep you up to speed! Click the video below, you know you want to.

Vision Arcade - Sneaky Peaches and The Fuzz - The Will Travis Band - A. Wright - Music - Blk Odyssy

Are you ready for a BRAND NEW SEASON OF AUSTIN MUSIC?! We’re bringing it to you hard y’all! Catch the all-new season PREMIERE THIS Saturday on !!! Details👇🏽

A new episode every Saturday CT on ! If you miss it, don’t worry! We upload each episode to our YouTube Channel the following week - just subscribe!

These times call for healing and with music we can create a healing energy. Through man’s burning desire for peace, one's soul is sometimes called to war. When that time comes, everyone pays the price. You're gonna get exactly what you asked for… you're gonna get what you give, I'm gonna give you war.

Chris Castaneda and new release WAR shines light on today's conflict and state. Listen and share this original music with friends and family. Create your own unity and challenge humanity to love. Unity is key to life’s existence. War is the science of destruction. If we don’t end war, war will end us.

Did YOU miss the season finale of 512 Studios Live Season 13?!?!?!? We got you. Click the link below👇🏽 Getting these local bands more exposure and a bigger following IS OUR GOAL, SO don’t forget to go follow all the bands you like on social media.📱

Other Austin arts & entertainment (show all)

Swing dancing and classes every Thursday at 8pm in Austin, Texas. Visit http://www.austinswingsyndic

Texas Performing Arts serves The University of Austin campus and the Austin community at large through a large and diverse season of world-class performances, educational activitie...

Experience the thrill, drama & passion of live opera in Austin!

Austin Film Festival furthers the art and craft of filmmaking by inspiring and championing the work of screenwriters, filmmakers, and all artists who use the language of film to te...

Putting 100 years of content in a box was easy. Going back in time to get it was harder... Always av

Gnap! Theater Projects presents and produces theatrical events that are both deliberately experimental and unashamedly populist.