A musician named Sallilou performing on Gorée Island in Dakar, Senegal in January 2018. His instrument is the Cas Cas, also known as Kashaka, which is made of two small, bean-filled gourds that are connected by a string.

this song recorded at baby blue was just premiered on rolling stone:
http://www.rollingstone.com/music/news/danger-in-the-dancehall-by-jesse-woods-free-mp3-20121010

rollingstone.com Artist: Jesse WoodsSong: Danger In The DancehallAlbum: Get Your Burdens Lifted Essentially the song is about insecurity in youth ndash; a juxtapositi

madeloud.com Bill Baird has had an eventful decade. He rocketed to fame as a founding member of Sound Team, an indie band that at its peak was touring worldwide, released an album on Capitol Records, and even opened for Arcade Fire. Baird then founded Big Orange, an analogue recording studio, with his bandmates....

austinist.com East Austin auteur Bill Baird has been a fixture in our city for quite some time, notably within the rotating cast of Sunset and the long-ago pop machinations of Sound Team. Composing and producing recordings under his simple moniker, which range from psychedelic minimalist landscapes to wry folk im

[06/22/11]   amazing show on July 22nd with The Range of Light Wilderness, Yesway, and all our austin pals. more details soon friends

this used to be located here. FISH R US:
http://www.urbanspoon.com/r/11/140820/restaurant/East-Austin/Fish-R-Us-Austin 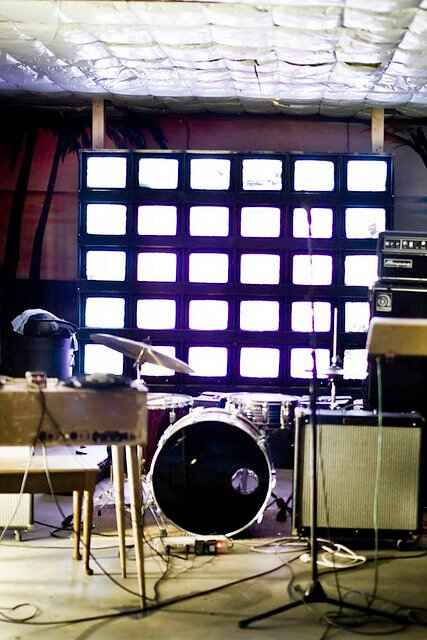 check out the generationals "trust" ep : Bill recorded and produced this:
http://vimeo.com/16209339

Generationals have a new EP, Trust, produced by Bill Baird, which is coming out on Park The Van on 11/16, going up exclusively on iTunes the week prior, 11/9. We're proud to be your favorite neighborhood sports bar. Now in The Domain Northside on Rock Rose! Spokesman Coffee, located in the St. Elmo District, is home to our production facility as well as our flagship café. Located at 2421 Webberville Road in Austin, Texas. Friendly neighborhood bar with an outdoor patio, live music, good beer and friendly faces! We focus on Rock and Roll. For booking send a message and link of the band to [email protected]