We offer a large selection of top quality American flags, country flags, state and military flags, i We are a woman owned small business in Austin Texas.

Our goal is to bring back the love for our country and to see that every household flies a flag.

This day is burned in my memory. I watched the second plane hit on live tv then went to work in a haze of grief, anger and fear.

Those feelings are so accessible every year as this horrible anniversary approaches.

To those who lost their lives, to those families that lost their loved ones, to the brave first responders, it seems like a worthless platitude, but we will never forget.

We need to work on learning the entire song🤦‍♀️

Did this today. Customer didn’t have a flag. I could have sold him a flag too😉

Every day is earth day! Even the smallest change to the way you live can go a long way for planet earth! Have you made changes to your life to go green? Comment down below!

Don't forget to fly your Texas Flag tomorrow, it is San Jacinto Day. Did you know the battle only took 18 minutes?

San Jacinto Day commemorates the Battle of San Jacinto between the Texan army and Mexican forces, which took place on April 21, 1836. The battle was a turning point for Texas' independence from Mexico.

Taking a poll....how many parents step on Legos almost daily? I don't think a day goes by that I don't, haha!

It’s almost like 2 taco days in one week but better and bigger. On that note, it looks like it’s going to be a wear your sweatpants to work day. Post lunch muffin top who? 😅🤤🌮🌮 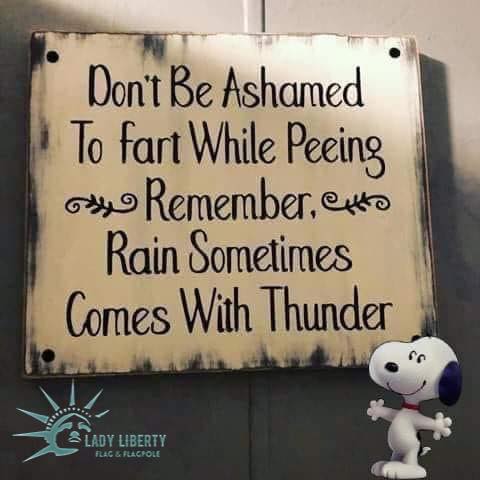 Speaking of rain and thunder, lower your flag during inclement weather.

Before a storm hits, you should lower your flag and bring it inside. Most flags are simply not meant to withstand severe storms and could become damaged if left outdoors.

It may seem like a lot of work to put your flag up and take it down repeatedly during the rainy season, but it is a great way to extend the life of your flag.

The more you know… 💁🏻‍♀️ Happy Thursday! The weekend is near!!

It may be a good idea to wash your flags every once in a while. Here's what to do.

What are your primary reasons for wanting to display a flag outside your house?

The expression 'Beware the Ides of March' is first found in Shakespeare's Julius Caesar, 1601. The line is the soothsayer's message to Julius Caesar, warning of his death.
The Ides of March didn't signify anything special in itself - this was just the usual way of saying "March 15th". In the Roman calendar, each month has an Ides (often the 15th) and this date wasn't significant in being associated with death prior to 1601.
The notion of the Ides being a dangerous date was purely an invention of Shakespeare's. However, the Roman leader Julius Caesar was stabbed 23 times by a mob of mutinous senators in 44 B.C.

Did you know that it was Julius Caesar moved Rome’s New Year celebration from their traditional March 15 date to January, just two years before he was betrayed and butchered by members of the Roman senate.

The check is in the mail.

On March 11, 1942, General Douglas MacArthur, his family and staff left the Philippine island of Corregidor. They traveled in PT boats through stormy seas patrolled by Japanese warships, reaching Mindanao (560 miles away) two days later. From there, MacArthur and his party flew to Australia in a pair of Boeing B-17 Flying Fortresses. In Australia, he made a speech in which he declared, "I came through and I shall return".

Return he did. On October 20, 1944, a few hours after his troops landed, MacArthur waded ashore onto the Philippine island of Leyte. That day, he made a radio broadcast in which he declared, “People of the Philippines, I have returned!” Only one-third of the men MacArthur left behind in March 1942 survived to see his return. “I’m a little late,” he told them, “but we finally came.”

On March 10, 1876, Alexander Graham Bell conducted a successful experiment with the telephone. The first discernible speech is transmitted over a telephone system to his assistant in another room, "Mr. Watson, come here; I want you.” Bell had received a comprehensive telephone patent just three days before.

"We hold these truths to be self-evident: that all men are created equal; that they are endowed by their Creator with certain unalienable rights; that among these are life, liberty, and the pursuit of happiness."

We can’t change the fluctuating gas prices, but we CAN get you a nifty pole to display your cool flags. 🤗👯‍♀️💪🏼

The Battle of the Alamo Ended March 6th, 1836.
The final attack came before dawn on March 6. Mexican troops breached the north wall and flooded into the compound, awakening many of the Texans inside. The fighting lasted 90 minutes, some of it hand-to-hand combat. Bowie and Travis were killed, as was Crockett, although reports differ as to exactly how and when. Several Texans reportedly surrendered, but Santa Anna ordered all prisoners be executed. Only a handful survived, mostly women and children. Historians estimate several hundred Mexicans died.

During the siege of the Alamo the Mexican army bombarded them for 13 days.

The state flag of Washington consists of the state seal, displaying an image of state namesake George Washington, on a field of dark green with gold fringe being optional. It is the only U.S. state flag with a field of green as well as the only state flag with the image of an American president. The Secretary of State regulates flag protocol related to the state flag, as well approving replica flags for commercial sale and other standards related to the flag.

The flag was officially adopted on March 5, 1923, and has been a symbol of Washington ever since. Washington had achieved statehood in 1889, but did not have an official flag at the time. The Washington chapter of the Daughters of the American Revolution designed the flag in 1915 and campaigned for its adoption by the Washington State Legislature in the early 1920s. The state flag has undergone minor revisions since its adoption, including the use of standardized colors in 1955 and a modernized seal in 1967.

Show off any flag in style with a brand new, refreshed flag pole courtesy of Lady Liberty Flag & Flagpole and our installation team. Schedule today!

Flag draping for coffins has a long and storied history.

American Legion discusses flag-draped coffin as funeral ceremonies for late Sen. Dole continue As an American flag lays draped over late Senator Bob Dole’s coffin, the American Legion has discussed the significance of the act and the meaning of its folds when it is handed to his next of kin

What Is the US Flag Code and Is Violating It Illegal?

Before you display an American flag, be sure you're abreast of the rules. Lady Liberty Flag & Flagpole just doesn’t have flags. We also install flagpoles! Contact us today to see what we can do for you!

What Is the US Flag Code and Is Violating It Illegal? People commonly violate the U.S. Flag Code when displaying the Stars and Stripes on apparel, athletic uniforms or bedding. But, is it illegal? What to know about the laws for handling and displaying Old Glory.

Today, February 23, 2022, is the 77th Anniversary of the raising of the U.S. flag on Iwo Jima. Did you know that there were officially two different flags raised? A U.S. flag was first raised atop Mount Suribachi soon after the mountaintop was captured at around 10:20 on February 23, 1945. These men actually help capture Mount Suribachi, attached a U.S. flag to a equipment pole and raised it under enemy fire. The second large flag was raised later that day.

The 50th anniversary of President Nixon's visit to China is today. The meeting between Nixon and the ailing Mao Zedong was not guarantee. The U.S. president arrived in Beijing on Feb. 21, 1972. The invitation to meet with Mao came suddenly, Nixon rushed off with a minimal entourage.

The planet-shaking photographs of the Red Chinese dictator, gripping the hand of the arch anti-Communist, fulfilled a vision that Nixon put to paper years before. China had lived in isolation for over two decades. The first step to opening China to cultural and economic exchange was that handshake. The week long visit, from February 21 to 28, 1972, allowed the American public to view images of China for the first time in over two decades.

Flags or flagpoles, for residential or commercial use – these are just a couple of the wonderful things you can purchase at your favorite flag store! What flag are you looking for?

How well do you know your flags? Take this quiz to find out!

Flags of the World Quiz - World Geography Games Challenge yourself with the hardest multiple-choice flags quiz game, including 197 world flags. Test your knowledge and train your brain!

The best way to appreciate your job is to imagine yourself without one. You’re almost there. Just a few more days. 👏🏼😆

The War of 1812 elevated the American flag to icon status. Before the war, Americans rarely used the flag to express patriotism. But the flag's appearance over Fort McHenry during the Battle for Baltimore and Francis Scott Key's poem “The Star-Spangled Banner” inspired the public.

Did you know that the Star-Spangled Banner has 15 stripes and 15 stars? At the time there were 15 States in the Union, thus 15 star and stripes. It is the only official U.S. flag to have more than 13 stripes.

Y’all be careful out there.

It’s a snowy day but you can still visit our website and grab the flag you love! 😍❤️

He saw his shadow. Feelings? Do we like Phil today???

Happy Thought for this Tuesday.

Today in 1861 Kansas became the 34th State of the Union🌻🇺🇸

We love to show our support too with thin mint cookies 😂

If you're looking for a flag- any flag- then you've come to right place. Lady Liberty Flag & Flagpole is known for selling the finest quality flags on the market. We don't just sell flags, though- we stock all hardware needed to display your flags, including flagpoles, flag display cases, and more. You don’t have to show your patriotism by wearing it. Wave it proud.

We started in 2009 just wanting to supply a great product at a reasonable price. we pride ourselves on our customer service and you would be hard pressed to find better. We are very knowledgeable of all of our products, US flag codes, etc. Give us a try, you will not be disappointed.

We are available 8am-5pm M-F, 10-2pm on Sat. and 24 hours via fax 512-892-2198 or email [email protected].
We are a woman owned small business in Austin Texas. Our goal is to bring back the love for our country and to see that every household flies a flag.


Other Shopping & Retail in Austin (show all)

For product information visit:http://www.drinkallsport.com To purchase gear visit: http://www.allsportpremiums.com Check us out on Twitter: @drinkallsport

Build smarter shopper experiences across the customer journey. We connect 11,500+ of the world’s leading brands and retailers with their customers. In more ways. Better ways. More ...

"Now that you have purified yourselves by obeying the truth so that you have sincere love for each other, love one another deeply, from the heart." - 1 Peter 1:22

Retail store selling tools, supplies and ingredients for making cakes, cookies and candy, plus baking and decorating classes for all experience levels.