The Clubhouse
The road

Austin, Texas has many varieties of life and diversity

Let us perform Self Analysis
thereafter, Social identification with others.
How Do “I” have Clarity on what my mindset ideas, behavior
consider others Rights, Strengths, Weaknesses, differences.

Do others haves place in “my world.”My Series of expected
behavior and Should Be andShould Not Be.

So, defunding the Police Dept makes it difficult for the Police Officers to perform their duties. Gheez if they Do and Gheez if they don’t. So who stands behind them.? If, conditions are ambiguous, criminals are having their hey day. Hey they got away with being criminals because, defunding meant cutting back on the Police force. So, notare great guys but, not all are bad guys. 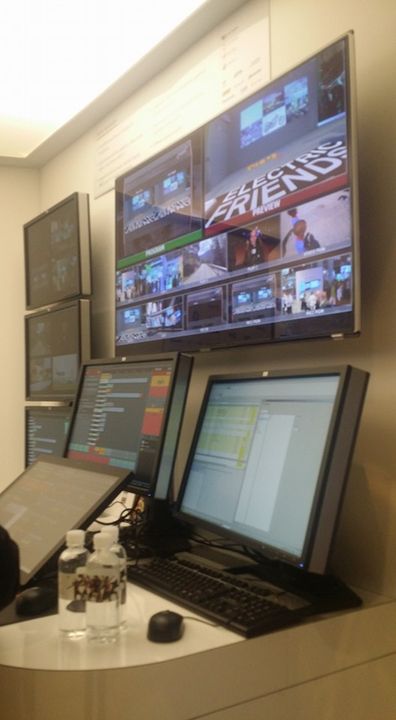 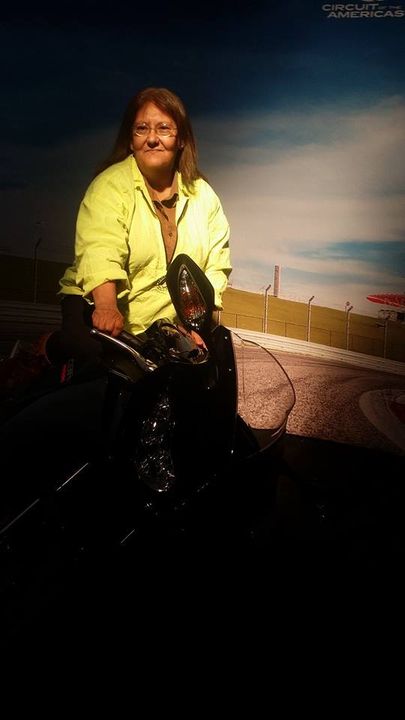 Early Voting is so much easier to vote.
Vote

They must be "Saluted"
Not, put aside
"GOD BLESS AMERICA"
God Bless All"

Where does one draw the line?
Economics affect Immigration.
Immigrant Rights with our Borders should have a special place in his heart.
Yet, limits are not being respected and America must ensure that Americans are guaranteed benefits.
Each government should pay the United States of America for each foreign citizen America is housing.
EVERYONE living In the USA, should be allowed to have a driver's license and/or id card.
Identify all, so if Amnesty occurs, only those who have a driver's license and or id card, would be eligible. A date, and country of origin would appear on the license and or id card, that would only be issued through DPS and generate revenue for the state.
Their is no real head count of
Keeping good and open relations with our 2 bordering countries should be recognized and addressed. Respect them,

America needs to accept the reality that they are in the country, Yet, not identified.
Ted Cruz is of Cuban descent, born in Canada, now living in America. Immigrant causes and Americans should be dear to his heart and he should consider alternatives that, America and Texas would benefit from.

dfw.cbslocal.com Canada-born U.S. Sen. Ted Cruz has renounced his birth country's citizenship, making good on his promise to do so from last summer.

Donna Campbell sw***er to both sides of the pendulum in legislature, 2013. White is her color, like the Great Gatsby. How in the world did the Republicans support her.???

They are not role models. Rhianna, Madonna, Justin, etc , they need to set an example to our youth.
All movie stars, singers, public icons need to realize,
The statement,"I am the girl or guy next door" is not true.Our kids would get away with what they do.
Gosh, Who Would want their kid to be like them?
Each one's kid can do better.
They are now celebrities.
The average, every day person should not reflect on their behavior. All the madonna, justin,'s, etc , are not the boy or girl next. Standards should not be set by icons of the celebrity world that have no value to morality, it should be love and not lust. Less showy, more Dignity. Yes, in my opinion a person has to be worldly but, with restrictions. They will survive.
but imagine the same child, kid, waiting until, their grown up adults and going into a teenager role. Yikes.

I would not want my child to be so naive, that, someone would pull the wool over her/his eyes.
A person is a product of their own Experience and Exposure, of course with other factors, God, Parents, friends and Society.
A person has to be able, to walk, to run.
Some say, in the conservative that it would be a wild person, Wild has various interpretations.
A person who goes out, has learning experiences will bounce back because, life has taught her about, "win and loose" , that, the person learned through experience and Exposure and is Strong to stand against wrong, now capable of being a Leader.
Sometimes, the person brought up unable to make decisions, not allowed to experience and Exposure are the gullible and swayed.
Bring up a child with Godly rules and love them, Guide Them, let them fall, so they can stand.
I say, if a person is brought up and taught in love, WILD, is not knowing to have your eyes open and gaining life experiences and Exposure to survive when your out on your own. It's best to allow growth with parents being there if, they fall parents can guide them
I have seen some that are the "perfect kids" according to some and wild to others. Others HAVE A Better chance of Survival because, they are street wise, educated and went through their growing up and now can settle down. Wild Might Be, THE Person That Grows Up To Be Our Best Leader as an Adult.
Balance. Equilibrium, God and Family, Love

He is interesting.
Immigrant Rights with our Borders should have a special place in his heart.

dfw.cbslocal.com Canada-born U.S. Sen. Ted Cruz has renounced his birth country's citizenship, making good on his promise to do so from last summer.

The last of the original 29 Navajo Code Talkers of World War II has died. Chester Nez, died this morning of kidney failure at the age of 93. Give him a LIKE to honor his extraordinary service and legacy http://bit.ly/1ktnTwk

Sorry. Excuse me ,
It Doesn't Matter
The God, I serve provides well for me

Glad to be joined right now in the Ways & Means Human Resources Subcommittee by a panel of experts including Dr. Phillip McGraw (Dr. Phil) to discuss the serious problem of over-medication of children in the foster care system.

Money has just made a profitable statement

theguardian.com Companies could start extracting oil underneath key biodiversity reserve on Earth by 2016

Many people, especially in the Native American community, applauded her confirmation on Wednesday. Native Americans have been calling for increased representation in the federal judiciary for many years, especially in regions of the country with large Native American populations. In speaking about the significance of the appointment to Arizona, former U.S. Attorney Paul Charlton said, "In this state more than any other, where we have 21 reservations and all felony offenses are tried in federal court, we do not have a bench that reflects the community it serves. And now, for the first time in our nation's history, we'll have a representative to the bench."

A graduate of Sandra Day O'Connor College of Law at Arizona State University, Humetewa previously served as the U.S. Attorney for Arizona for two years. She became the first Native American woman ever to serve as a U.S. Attorney when she took on the role in 2007.

A Mighty Girl congratulates Diane Humetewa on her confirmation to the bench!

To read more about her confirmation on AZ Central, visit http://bit.ly/QMKtTe

For a wonderful picture book biography about another pioneering judge, we recommend the bilingual English/Spanish book "Sonia Sotomayor: A Judge Grows in the Bronx / La juez que crecio en el Bronx" for readers 4 to 8 years old at http://www.amightygirl.com/sonia-sotomayor

For a diverse range of stories about women engaged civically whether as political leaders, government officials, or social activists, visit A Mighty Girl's "Civics & Government" section at http://www.amightygirl.com/books/general-interest/civics-government

And, for more than 450 true stories about trailblazing female role models in all fields, visit our "Biography" section at http://www.amightygirl.com/books/history-biography/biography

Today, I voted in favor of sunsetting the 2001 Authorization or Use of Military Force (AUMF). Its repeal would have helped restore checks and balances, but the Republican-controlled House rejected this amendment, 191-233.

The Macaroni Wars: How to Keep Our Kids From Getting Fat

We celebrate Latinx, American Indigenous, and IberoAmerican filmmakers and their stories. runs May 1-5, 2019.

Gloria Tejana, Public Announcement. Press Release.
"TEJANA" is my legally registered trade name and dba. Please stop using my legal business name and genuine trade name.
Stop and decease using it illegally. i will charge you attorney fees and report you if you do not cease and decease using my legal business name. Stop using Tejana as it is my legal name.
Thank you. Attorney fees will be added to next mention.

ORPHANED LAND - All Is One (OFFICIAL VIDEO)

SXSW is almost here.
Ticket sales...get them at authorized distributors.

ORPHANED LAND - All Is One (OFFICIAL VIDEO). Taken from the album "All Is One". Century Media 2013. Buy the album now at CM DISTRO: http://smarturl.it/orphan...

SXSW is almost here.
Ticket sales...get them at authorized distributors.

Marilyn maketh. Marilyn taketh awayeth. Marilyn is trying really hard to create something good. For once, her expectation and reality are going to align. It ...

Marilyn maketh. Marilyn taketh awayeth. Marilyn is trying really hard to create something good. For once, her expectation and reality are going to align. It ...

ORPHANED LAND - All Is One (OFFICIAL VIDEO)

ORPHANED LAND - All Is One (OFFICIAL VIDEO). Taken from the album "All Is One". Century Media 2013. Buy the album now at CM DISTRO: http://smarturl.it/orphan...

Matt Stansberry & The Romance - "Brighten It Up": SXSW 2014 Showcasing Artist

"A ten-piece homage to 1950s and 60s soul and blues that is an energetic, electric and absolutely earth-quaking musical assault. This is a big time sound fro...

EDF, a native of Houston, TX, might be a Texan musically, but mentally he takes multiple approaches to his creativity. His influences include musicians such ...

Other Arts & Entertainment in Austin (show all)

Experience the thrill, drama & passion of live opera in Austin!

Austin Film Festival furthers the art and craft of filmmaking by inspiring and championing the work of screenwriters, filmmakers, and all artists who use the language of film to tell a story.

Gnap! Theater Projects presents and produces theatrical events that are both deliberately experimental and unashamedly populist.

Connecting authors and readers for 26 years. 2021 Festival sessions now streaming on our website at texasbookfestival.org Dates for the 2022 Festival will be announced at the end of 2021/early 2022.

The year is 1933. Pulitzer-winner Molly Sloan and her assistant Timmy Mendez are on the trail of a story so big, it's impossible to believe. Web, comic books, and live-action performances combine to tell the story of the century.

Gigglepants is UT's oldest short-form improv comedy troupe. Every show we create new, never-seen-practiced-done-before comedy, all based off of your suggestions. And we do it all for free!