Our spacious 1,2, and 3 bedrooms allow you to live like royalty. It's luxury living at an affordable cost!

goldstar.com Set sail for an afternoon of swashbuckling fun as you and your little mateys search for adventure and b***y. This family cruise takes place aboard the Boomerang Pirate Ship, which holds the city's treasure. But the keys to the chest have been stolen by rascally scallywags, and your job is to recover…

Moonlight Cruise Along the Monuments

goldstar.com While the grand structures of the nation's capital are stunning enough during the day, they're truly breathtaking at night. There's no better way to see these awe-inspiring sights than on a twilight cruise along the Potomac River. Marvel at the magnificent buildings as they light up the shoreline on…

goldstar.com Three hilarious actors plus six glasses of wine equals one amazing musical as 'Wine Lovers' pairs vino with comedy at Arlington Cinema 'N' Drafthouse. This intoxicating show tells the story of two mismatched students who fall for each other while attending a wine class led by an effervescent teacher…

goldstar.com Another exciting season of NBA basketball is underway at Verizon Center in D.C. and the Washington Wizards are off to a promising start. The Eastern conference's Southeast division is one of the most competitive in the NBA, with not only the Wizards, but the Atlanta Hawks and Miami Heat as well. For…

Antiques Show at The Madeira School

Antiques Show at The Madeira School

eventbrite.com Calling All DC rowers, Crossfitters, and fitness fanatics! Join us on March 12, 2016 for an indoor rowing and fundraising competition! Our Junior athletes will be split into 10 awesome teams. Each team must row 25,000 meters on a rowing machine (“erg”). Our Juniors need your help! This event benefit…

[12/17/15]   Stop by the office tonight for a night of holiday cheer! The Grove is hosting our annual Wrapping Party. We have everything from refreshments for everyone and activities for the kids. Party starts at 5pm! Hope to see you there!

Just a heads up to all of our residents, the office will be closed on both November 26th and 27th in observance of Thanksgiving. #HappyTurkeyDay 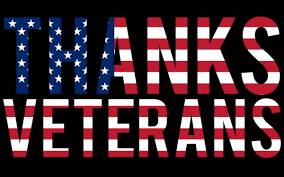 Honoring all who served & their families. We are lucky to have brave men & women as our neighbors!
#thankyouveterans #thegroveashburn ﻿ 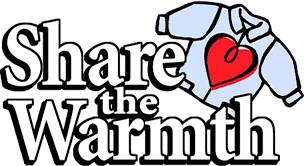 Attention valued residents! The Coat Drive has officially begun! Be sure to bring your gently used coats to the leasing office so you have a chance to enter our raffel at the end of the month! Somebody in need gets a coat, and you get a prize! It's a win-win! #Ashburn #TheGrove #CoatDrive #ShareTheWarmth 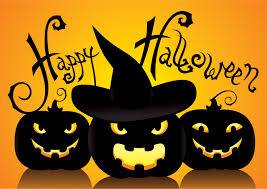 Hey residents! Halloween is almost here! If you will be passing out candy this year, be sure to stop by the office to grab some decorations for your door!! #happyhalloween #trickortreat

Don't forget!! The Grove's End of Summer Pool Party will be thrown tomorrow afternoon from 12pm - 4pm. Make sure you stop on by for great food, cool games, and good times to kick off Labor Day Weekend! #PoolParty #LaborDayWeekend #Ashburn #GoodTimes #ResidentActivites #Apartments

Here at The Grove, it's all about our residents! We want to reward you for your great reviews! Post a review on Yelp, Facebook, or ApartmentRatings to let us know how we're doing! Once your review has been submitted let the office staff know and we'll send you a coupon for $15 off at Chili's!! It's a win win for everybody! #WeLoveOurResidents #TellUsWhatYouThink #Review #5Stars #Chilis #AshburnApartments

If you're looking or know someone who needs a 2 bedroom, send 'em our way! We have reduced rates for our 2x1's this summer! Take advantage of a great deal!!! #SummerSavings #TheGrove #LoveWhereYouLive #AshburnRentals #Apartments

washingtondc.craigslist.org The Grove at Flynn's Crossing offers everything you're looking for in your next home. Get this spacious 971 sq ft apartment for just $1399 if you move in by July 31st! Take advantage of this special...

Looking for a nice way to unwind from the hectic work week? Check out Friday Night Live at Bogati Bodega Vineyard! Sip fine wine while listening to live music. It's a perfect start to the weekend and so close to home! #FridayNightLive #Vineyard #Weekend #LoveWhereYouLive #AshburnEvents

Living so close to our nations capital has its perks! Such as getting front row seats to the National Cherry Blossom Festival! It's that time of year again, and the flowers are in full bloom! #CherryBlossomFestival #WashingtonDC #LoveWhereYouLive #AshburnVa #TheGrove

Other Real Estate in Ashburn (show all) I am a realtor who loves my job. I am trustworthy, commited, and want to help you reach your real estate goals. I have obtained my Master of Business Administration degree allowing me to perform comprehensive strategic internal and external analysis. Your community events and real esate source in Ashburn VA