Welcome to the official page for Williams Guitar Company, LLC.

Eric Clapton is on a world wide tour to celebrate his 50 years as a professional musician, and he has Greg Leisz in his band. We have linked some favorite videos to our YouTube channel. Please be sure to check it out at:

We will be at the Northeast Iowa Steel Guitar Show this Satuday and Sunday in Waterloo, IA. If you are in the area, please be sure to stop by and enjoy the music! We will have a number of guitars on display, along with accessories for sale! Please click on "Events" on the menu to the left for more information.

We will be at Scotty's International Steel Guitar Convention this Thursday thru Saturday in St. Louis, MO. If you are going to the show, please be sure to stop by The Williams Guitar Company booth (directly across from the registration area), and see the 700 Series guitars. We will also be selling accessories as well. We hope to see you there!

Yet another article featuring Greg Leisz, this time from Mix Magazine. The article covers the new release by Buddy Miller:

Grit And Grace, Ken Micallef Lucinda Williams Finds True Confidence In The Studio On Blessed“Lucinda Williams is as great an artist as I’ve ever worked with,” says Don Was.

RCA Records has announced a release date for Ray Lamontagne and the Pariah Dogs new album "God willin' & the creek don't rise" on August 17, 2010. This album features two Williams players, Greg Leisz and Eric Heywood respectively. The Photos tab above shows some pitures of the recording sessions for this album. For more information on this release please follow the link below! 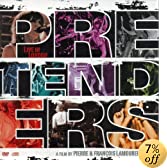 Be sure to check out the Pretenders DVD/CD release "Live in London" featuring Eric Heywood playing his Williams SD-11. The release contains a number of the Pretenders classics such as "Back on the chain gang," "Don't get me wrong," "Kid," "Talk of the Town," "Brass in pocket," and "I'll stand by you." Also featured are songs from their last studio release "Break Up the Concrete" (2008).

The DVD/CD package is available at Amazon.com and most leading music retailers.

Pretenders: Live In London Deluxe two disc (CD/DVD) edition includes bonus DVD. With millions of albums sold and their place in the Rock 'n' Roll Hall of Fame solidified, The Pretenders are a special band with a special place in history. Pretenders-Live in London captures one of their many electrifying performances from their...


Other Musical Instrument Stores in Anoka (show all)

Schmitt Music Anoka (formerly Reynolds Music) is your source for band & orchestra instruments and accessories, guitars and ukuleles, sheet music & books, repairs and more. We are proud to be the new location for Twin Cities Instrument Repair.

"The Repair Shop That Thinks It's A Music Store" Repair and sales of stringed instruments. Sales of amplifiers, guitar and violin parts, strings, accessories.

Todd Williams, formerly of Guitar Factory in Perham, MN, is now accepting any repairs, and full restoration of guitars, and other stringed instruments.