Please Register by Calling VAVRS @ 804-749-8191.
Course Description:
EMS and Forensic Evidence
As EMS providers we find ourselves in situations that require observation and that "BE CAREFUL WHAT YOU DISTURB SIGN." This program will present "food for thought", relating to the potential or actual crime scene. Learn how you can do the best for your patient, their family, the medical examiner and for those investigating these events.

Contributions can also be made through PayPal at http://vspa.org/initiatives/emergency-relief-fund. As with a check please note "Walter Family" in the note section of your PayPal contribution.

Thank you for your generosity!

In the event of a fire, if you can't get out, closing your door could slow the spread of smoke, heat and flames and make a life-saving difference. . http://bit.ly/2emwT7n 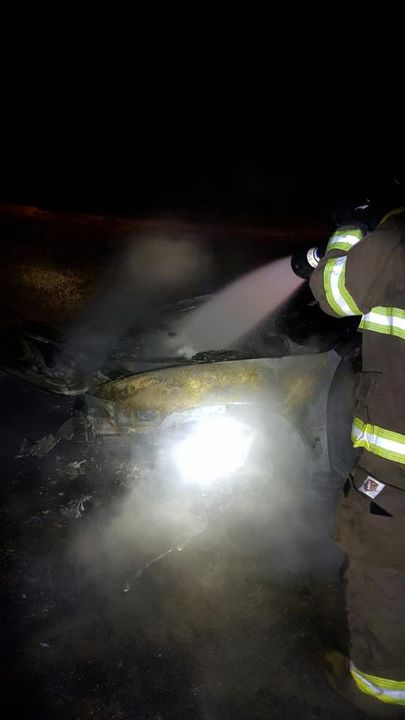 12/18 Just after midnight Co.5 Engine 5 responded to a vehicle fire next to a structure with occupants unable to exit the structure. Fire was extinguished before it could spread to the residents house. ( picture was after fire was extinguished during last soak before packing up )

12/17 Co.5 , AVRS,ASO and VSP respond to single mva rollover with one patient being transported.

At about 18:45 Co.5 paged out for a vehicle fire T-5 responded . Upon arrival found fully involved atv and was able to extinguish the fire before it spread to nearby structure and spreader on scene approximately 2 hrs .

Today we laid to rest a fellow firefighter and friend. Colton will missed and always be a part of our department. We would like to thank Justin Burch of Buckhorn Vol Fire Dept and Mecklenburg 911 Center for getting us this recording.

At around 2:00 Friday morning Amelia fire companies 1,3,5 and Amelia emergency squad responded to a structure fire fully engulfed in the painville area.units on scene were engine 3, engine 1, tanker 1, tanker 5, air utility 1 and amelia rescue squad.great job to everyone involved. ..

How are you going with the checklist challenge? Kitchen fire safety is next on the list. If you’re a budding , make sure an adult in the house is supervising you before you pull out the pots and pans. Take some time this weekend to teach your children basic fire safety tips. One key lesson is to never put water on an oil fire. Remember: a supervised chef is a safe chef. Check out our firies in action showing what to do, and not to do, in a kitchen fire

Co.5 , Co.4, Co.3 and Co.1 toned out for a tractor fire near a structure. E5 responded first extinguished the tractor be for it spread to a structure. On scene for about an hr. then returned back to service.

This is why we do it . Great job guys.

Never Drive or Walk into Flood Waters - Turn Around Don’t Drown! Flooding is one of the leading causes of weather related fatalities in the U.S. On average, ...

12-20-15 E-5 responded to a early am single mva . E-5 remained on scene with ASO and VSP till vehicle was removed from roadway.

12-19-15 E-5 responded to a early am single mva no one with the vehicle . E-5 remained on scene about 1hr to remove down tree after ASO and VSP conducted their investigation .

Engine 3 was struck by a tractor trailer on I- 85 last night while covering Medic 12 at an accident scene. The impact knocked the cab completely off the chassis. A Dinwiddie Sheriffs Office vehicle was also heavily damaged. One firefighter and one deputy were transported to hospital for mnor injuries. The tractor trailer driver was taken to VCU via Life Evac.

Please keep them and their families in your thoughts and prayers .

It's simple and it could save your life: Turn Around Don't Drown!

A cold front passing across the region this evening will bring some cooler temperatures and a continued chance of showers at the coast this evening and tonight. Attention then turns to a powerful upper low which will drop into the southeast U.S. interacting with Hurricane Joaquin. There is increasing confidence in heavy rainfall amounts of 7 to 10 inches or more resulting in potentially dangerous flooding Friday and through the weekend. The same holds true for coastal flooding depending on the track of Joaquin. Everyone across VA, NC and MD need to closely monitor forecasts and prepare for the potential for widespread flooding (inland and coastal) along with strong winds should Joaquin move north towards the mid-Atlantic.

Keep them in your thoughts.

DEVELOPING: A fire truck and ambulance on separate assignments crashed at an intersection in Miami, Florida. Crews rushed seven firefighters to a nearby trauma center, according to local reports.

7-29-15 Co.3, Co.1 and Co.5 and ARS toned out for a structure fire extra man power from Burkeville and Powhatan were also added great job to all on scene.

Big thanks to Phil Bryan for getting our order in and shipped so quickly we can't wait for the rest to show up. Thanks again

Missing teen believed to be in danger, w/ sex offender

wric.com Virginia State Police has issued a missing child alert for a Tennessee teenager who was last seen in the state and may be in danger.

Co5 and Co1 toned out for single vehicle 10-50 . Minor fuel leak contained E5 on scene for about 1 hour.

Other Fire protection in Amelia Court House (show all)