if only they had alternatives
📓
Read alot of books, get relieved of fatigue. develop your mind for better creativity

Get To Read Ebooks Free Online On Our Page We Publish Variety Of Books... Are You Interested In Reading Online Ebooks But Dont Know Where To find them?... Wel our online page offers Variety Of Ebooks for You To Read On Facebook... We offer variety of ebooks from all categories like fiction, adventure, technology, series, fantasy, horror etc... Dont forget you can also request for free ebooks on our page we will post it for you... No downloads... Needed frequently check our page .... For new releases. 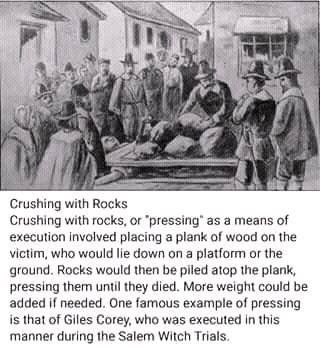 Human Torture: History of the past📋

[12/04/17]   Did u know? Never buy books to read just like this page n you will get to read interesting stories, books on line at a free cost

Author of "The Wizard of Oz,"
"The Life and Adventures of Santa Claus,"
"The Magical Monarch of Mo," Etc.

I am going to tell a story, one of those tales of astonishing adventures that happened years and years and years ago. Perhaps you wonder why it is that so many stories are told of "once on a time", and so few of these days in which we live; but that is easily explained.

In the old days, when the world was young, there were no automobiles nor flying-machines to make one wonder; nor were there railway trains, nor telephones, nor mechanical inventions of any sort to keep people keyed up to a high pitch of excitement. Men and women lived simply and quietly. They were Nature's children, and breathed fresh air into their lungs instead of smoke and coal gas; and tramped through green meadows and deep forests instead of riding in street cars; and went to bed when it grew dark and rose with the sun--which is vastly different from the present custom. Having no books to read they told their adventures to one another and to their little ones; and the stories were handed down from generation to generation and reverently believed.

Those who peopled the world in the old days, having nothing but their hands to depend on, were to a certain extent helpless, and so the fairies were sorry for them and ministered to their wants patiently and frankly, often showing themselves to those they befriended.

So people knew fairies in those days, my dear, and loved them, together with all the ryls and knooks and pixies and nymphs and other beings that belong to the hordes of immortals. And a fairy tale was a thing to be wondered at and spoken of in awed whispers; for no one thought of doubting its truth.

To-day the fairies are shy; for so many curious inventions of men have come into use that the wonders of Fairyland are somewhat tame beside them, and even the boys and girls can not be so easily interested or surprised as in the old days. So the sweet and gentle little immortals perform their tasks unseen and unknown, and live mostly in their own beautiful realms, where they are almost unthought of by our busy, bustling world.

Yet when we come to story-telling the marvels of our own age shrink into insignificance beside the brave deeds and absorbing experiences of the days when fairies were better known; and so we go back to "once on a time" for the tales that we most love--and that children have ever loved since mankind knew that fairies exist.

[09/17/17]   Best way to kill fatigue is through reading alot of books and be creative to develop enough skills to problem solving which is only through reading...

happy suday to all #REO members special thanks. Edema Dominic

"Brother to a Prince and fellow to a beggar if he be found worthy."

The Law, as quoted, lays down a fair conduct of life, and one not easy to follow. I have been fellow to a beggar again and again under circumstances which prevented either of us finding out whether the other was worthy. I have still to be brother to a Prince, though I once came near to kinship with what might have been a veritable King and was promised the reversion of a Kingdom —army, law–courts, revenue and policy all complete. But, to–day, I greatly fear that my King is dead, and if I want a crown I must go and hunt it for myself.

The beginning of everything was in a railway train upon the road to Mhow from Ajmir. There had been a deficit in the Budget, which necessitated travelling, not Second–class, which is only half as dear as First–class, but by Intermediate, which is very awful indeed. There are no cushions in the Intermediate class, and the population are either Intermediate, which is Eurasian, or native, which for a long night journey is nasty; or Loafer, which is amusing though intoxicated. Intermediates do not patronize refreshment–rooms. They carry their food in bundles and pots, and buy sweets from the native sweetmeat–sellers, and drink the roadside water. That is why in the hot weather Intermediates are taken out of the carriages dead, and in all weathers are most properly looked down upon.

My particular Intermediate happened to be empty till I reached Nasirabad, when a huge gentleman in shirt–sleeves entered, and, following the custom of Intermediates, passed the time of day. He was a wanderer and a vagabond like myself, but with an educated taste for whiskey. He told tales of things he had seen and done, of out–of–the–way corners of the Empire into which he had penetrated, and of adventures in which he risked his life for a few days’ food. "If India was filled with men like you and me, not knowing more than the crows where they’d get their next day’s rations, it isn’t seventy millions of revenue the land would be paying—it’s seven hundred million," said he; and as I looked at his mouth and chin I was disposed to agree with him. We talked politics—the politics of Loaferdom that sees things from the underside where the lath and plaster is not smoothed off—and we talked postal arrangements because my friend wanted to send a telegram back from the next station to Ajmir, which is the turning–off place from the Bombay to the Mhow line as you travel westward. My friend had no money beyond eight annas which he wanted for dinner, and I had no money at all, owing to the hitch in the Budget before mentioned. Further, I was going into a wilderness where, though I should resume touch with the Treasury, there were no telegraph offices. I was, therefore, unable to help him in any way.

"We might threaten a Station–master, and make him send a wire on tick," said my friend, "but that’d mean inquiries for you and for me, and I’ve got my hands full these days. Did you say you are travelling back along this line within any days?"

"Can’t you make it eight?" said he. "Mine is rather urgent business."

"I can send your telegram within ten days if that will serve you," I said.

"I couldn’t trust the wire to fetch him now I think of it. It’s this way. He leaves Delhi on the 23d for Bombay. That means he’ll be running through Ajmir about the night of the 23d."

"But I’m going into the Indian Desert," I explained.

"Well and good," said he. "You’ll be changing at Marwar Junction to get into Jodhpore territory—you must do that—and he’ll be coming through Marwar Junction in the early morning of the 24th by the Bombay Mail. Can you be at Marwar Junction on that time? ’Twon’t be inconveniencing you because I know that there’s precious few pickings to be got out of these Central India States—even though you pretend to be correspondent of the Backwoodsman."

"Have you ever tried that trick?" I asked.

"Again and again, but the Residents find you out, and then you get escorted to the Border before you’ve time to get your knife into them. But about my friend here. I must give him a word o’ mouth to tell him what’s come to me or else he won’t know where to go. I would take it more than kind of you if you was to come out of Central India in time to catch him at Marwar Junction, and say to him:—‘He has gone South for the week.’ He’ll know what that means. He’s a big man with a red beard, and a great swell he is. You’ll find him sleeping like a gentleman with all his luggage round him in a second–class compartment. But don’t you be afraid. Slip down the window, and say:—‘He has gone South

[09/21/16]   DRIVEN FROM HOME.
CHAPTER I
DRIVEN FROM HOME.
A boy of sixteen, with a small gripsack in his
hand, trudged along the country road. He was
of good height for his age, strongly built, and
had a frank, attractive face. He was naturally
of a cheerful temperament, but at present his
face was grave, and not without a shade of
anxiety. This can hardly be a matter of surprise
when we consider that he was thrown upon his
own resources, and that his available capital
consisted of thirty-seven cents in money, in
addition to a good education and a rather
unusual amount of physical strength. These last
two items were certainly valuable, but they
cannot always be exchanged for the
necessaries and comforts of life. 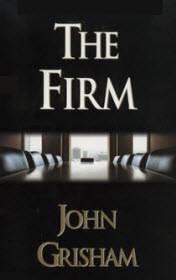 The Harvard graduates are highly valued on the labor market. That is why an unknown law firm from Memphis is trying to outbid a young and perspective lawyer Mitchell Y. McDeeren. He has just graduated from Harvard. At first, Mitch was skeptical towards this offer. He had many possibilities including a job even in Wall-Street. Nevertheless, he accepted this proposal after having visited this firm. The work conditions were very attractive. Mitch started working for it. Soon it turned out that nobody had ever left this firm. Maybe because the firm persistently takes care of its employees. There were no troubles, but once FBI warns Mitch that this choice of work was very dangerous. The main character is going to face some serious questions. Will there be a possible way to get out and stay alive?

[01/19/16]   dont forget to invite your friends to like this page its going to get interestin watchout for new releases coming up... We sell and supply quality stationery at the most reasonable price.