Pax Promotions We are here to bring Out the good views And Listen to peoples advices To reach Those who are able To Correct us... [email protected]

Have you heard about this, then look for it...
It's from Vian Muzic UG ft DJ Baby love from NTV Uganda titled "Kyokolo"

A love Ballard song enjoy this Rap and Rnb song . We believe in good talents Follow @RolexUg for great music.

The way these three artistes are changing music in Kamwokya

Brian Weiyz , Zex InchKumi BilangiLangi and Dax Vibez are a big deal to the world .

Can't stop watching this ,, Whoever made this oli

Check it out on all music platforms.

In this One, I fall in love with a young woman beautifully looking as expressed in the lyrics. Produced by Zilla Beats From Dream Studios.
https://youtu.be/09or2XOajys

soundcloud.com Listen to Pax Promotions | SoundCloud is an audio platform that lets you listen to what you love and share the sounds you create.

Weasel Fights Fire base singer over a song he made with Mowzey Radio.

Singer Dax Vibez and young brother to Bobi Wine is not seeing eye to eye with Weasel Manizo.

According to sources, before Mowzey Radio's death, Dax Vibez had recorded a song titled "Mayumba Kumi" ft the late and they were about to drop the video.

Dax Vibez says Weasel Manizo doesn't want him to release the song alleging that Goodlyfe reserves the rights to the song, and he has to feature on the song.

This is something that Dax Vibez is not willing to do.

The song was recorded at Kamwokya based Fire Records by Tritone

Have you watched "Mayumba Kkumi" by Dax Vibez. ft Radio?

The ‘All Together Now‘ show is one of Denmark’s biggest music shows with a panel of judges including top music experts among other top celebrities in the Danish entertainment industry. Ugandan Denmark based songstress, Joanita Lubega Zachariassen, was added on the panel.

A few months ago we introduced to you the ‘small woman with a big voice‘ – Joanita Zachariassen. The talented vocalist has performed at some big global stages including the 2009 edition of Denmark’s Got Talent. She has also won a few awards and her music career is so far, so good.

Zachariassen was added to the prestigious panel of judges set to oversee the famous ‘All Together Now’ music show in Denmark. It is a show on which two music teams are guided through a maze of music and lyrics trivia, as the guys take on the girls.

Led by a lively host and music industry experts, the two teams win points by completing tricky challenges and puzzles, as well as by demonstrating their musical abilities through their knowledge of song lyrics from across the musical spectrum. It also features special surprise performances from an already famous artiste.

Among the judges are top Danish celebrities including; Emmelie de Forest the winner of the Eurovision, Mette Lindberg a renown Danish artiste, Wild Smith, among many more.

The songstress will now be on one of the most viewed shows in the country and she has already started shooting episodes for the music show set to be premiered in August.

Goodnight from the "karma Queen"

Have you listened to post me by Irene Ntale featuring Mr Eazi
Drop numbers.

Lynne Zaabu would like to inform you that more projects wi;; be dropping in by the end of this year. 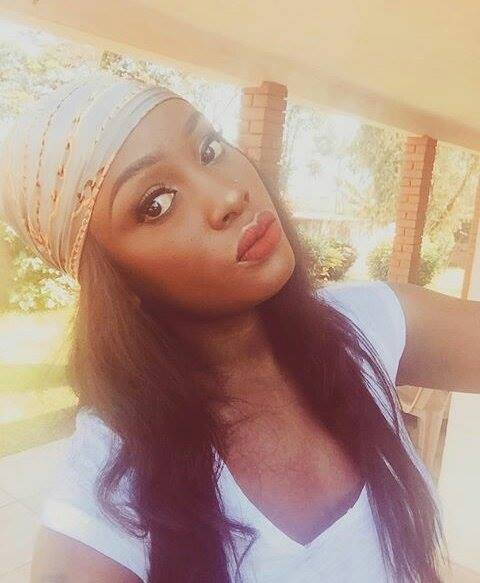 "Musaayi" is still makingrounds by our onlt diva Leila Kayondo, have you watched it yet?

Lil puzzle would like to inform you that we all need to do is focus and do our own staff.

Have you heard of some sweet melodies from the two vocal Masters. ?

We live to inspire before we expire.
We are team good music and vibes
We are

“What counts in life is not the mere fact that we have lived. It is what difference we have made to the lives of others that will determine the significance of the life we lead.”

Catch Maro today at 5:00 pm as he premiers his new video "Tundula" on Urban TV .

He is Ronald Maro aka the R'n'b Kyabazinga with a great positive vibe.

Other Live Music Venues in Kampala (show all)

A place with a great ambiance to relax,have the best nyama choma and with very nice theme nights.old sskool music every Friday is the biggest night.

The song melody to God's Glory

A marketing . Events and Promotions agency for business entities, personnels products and artists

FUEGO COCKTAILS AND RESTAURANT is the perfect place in Muyenga, Kampala to enjoy all types of drinks, amazing food, superb ambiance, and overall a wonderful time in our garden setting. Check out live music on Thursdays and specials throughout the week!

Peculiar Family Band - is a successful family of friends and christian professional Events – Live Band, located in the heart of Kampala the capital City of Uganda. We pride ourselves in offering top-notch Live Music on Special Events.

LXG Sound | Visual provides a full range of high-quality and cost-effective audio-visual equipment for hire. We stock the latest equipment and our technicians are highly trained to provide audio and video solutions for all kinds of events and occasions