The return of the king.

[03/14/16]   Hyper It Limited is your source for all things Android. From app tips, news, hardware reviews, get the most out of your Android device!

If you've ever fumbled at the controls of a drone, then the following might make you a little uneasy. An 18-year-old mechanical engineering student has affixed a semi-automatic handgun to a custom-built drone and demonstrated its firepower in a video that has quickly attracted the attention of the authorities.


The video simply titled "Flying Gun" appeared on YouTube on July 10 and has since attracted more than two million views. It shows the home made multi-rotor floating at about chest height amongst the trees and firing off four shots, recoiling and repositioning itself after each discharge.

According to NBC, the flying weapon was created by Austin Haughwout, a student at Central Connecticut State University, and the video was shot on his family's property in Clinton, Connecticut. Haughwout and his father Brett are adamant that they haven't broken any laws, a position that has been backed up by local police. But that doesn't mean authorities are entirely happy with their little experiment, either.

"Our number one job in law enforcement is public safety, first and foremost, the protection of the citizens of the community we serve," Sgt. Jeremiah Dunn, of the Clinton Police Department is quoted as saying. "That’s alarming."

The flying gun has also drawn the attention of the FAA, which has announced it will launch an investigation into the event to ascertain whether or not any rules around air safety were broken.

"The FAA will investigate the operation of an unmanned aircraft system in a Connecticut park to determine if any Federal Aviation Regulations were violated. The FAA will also work with its law enforcement partners to determine if there were any violations of criminal statutes," said Jim Peters, a spokesperson for the FAA.

gizmag.com An 18-year-old mechanical engineering student has affixed a semi-automatic handgun to a custom-built drone and demonstrated its firepower in a video that has quickly attracted the attention of the authorities.

Latest Technology Inventions: Cloud computing: is where tasks and file storage on your computer are performed and stored elsewhere.By using an internet connection you can connect to a service that has the architecture, infrastructure and software to manage any task or storage requirement at less cost. The advantages of cloud computing is that it eliminates the difficulty and expense of maintaining, upgrading and scaling your own computer hardware and software while increasing efficiency, speed and resources.

inventor-strategies.com Latest technology inventions in cloud computing will change how we use computers and smartphones.

[02/05/15]   We develop web and mobile solutions for our customers. Working with us enables an institution or business to re-invent itself using technology and come up with new models that appeal to a specific audience. Our solutions range from Websites development to mobile phone games, from simple point of sale Information systems to sophisticated Information systems, from simple websites to Rich Internet Applications. 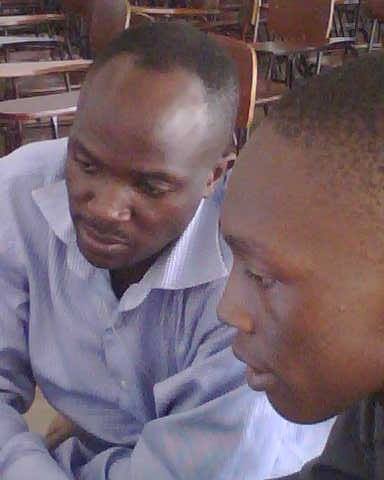 Some of our I.T experts.

[02/03/15]   We are Located on 3rd Floor Ham Towers Room 10 Opposite Makerere University Main Gate. We are providing an industry leading web hosting support.

Lakhi hightech Ltd. is East Africa Based IT and Development Company. This is the official Page of Agawano newali Uganda that brings you all latest,historical and reality news and programs in Ugandan Courts & Parliament i repair all kinds of laptop problems like, no power, not charging, no display and other problems. Projectors LED and LCD televisions also sell accessories Developing all software solutions for generations "Be the best, Win the rest" For Peacebuilding, promotion of Human Rights, Democracy, Health and Development of Key-Populations